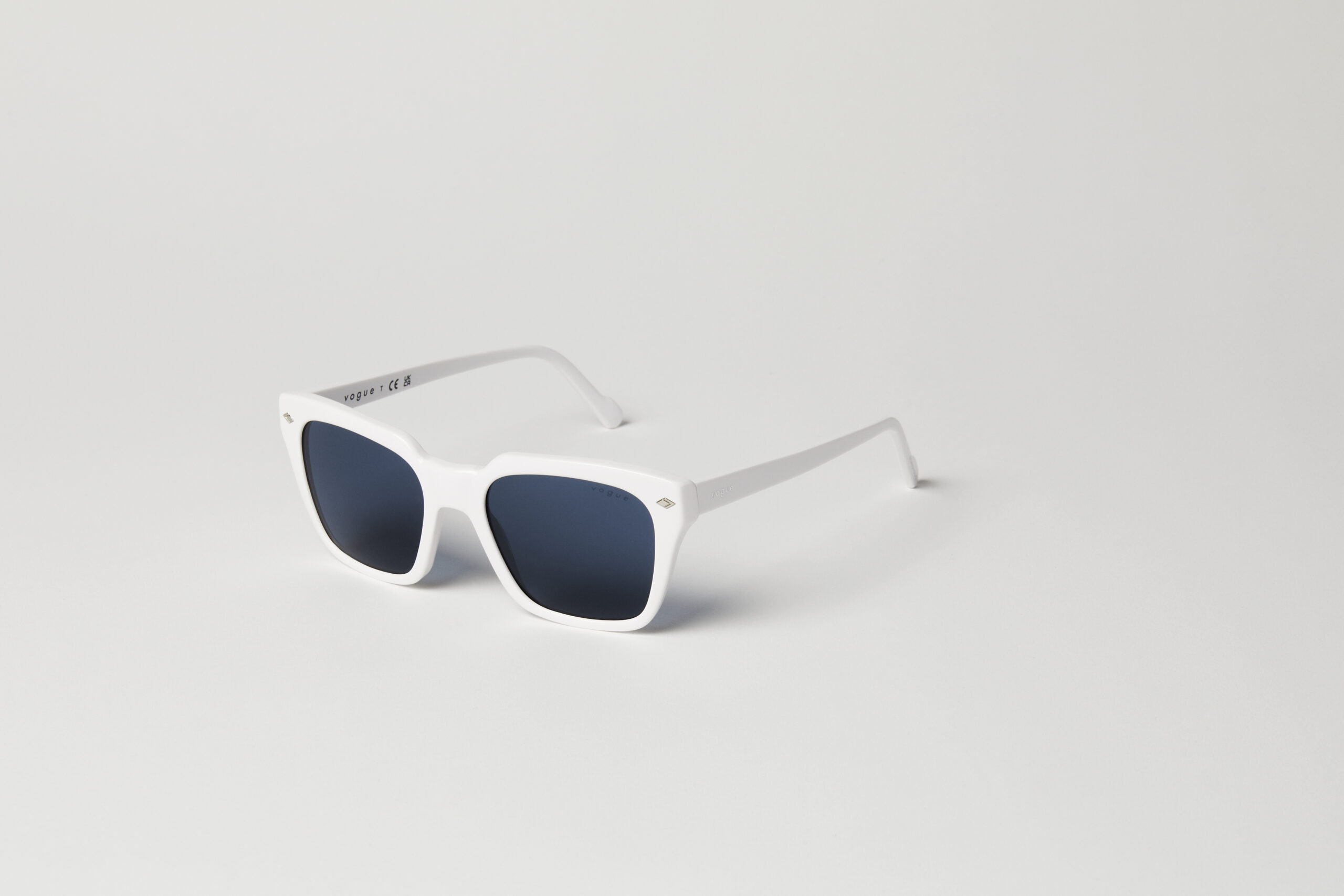 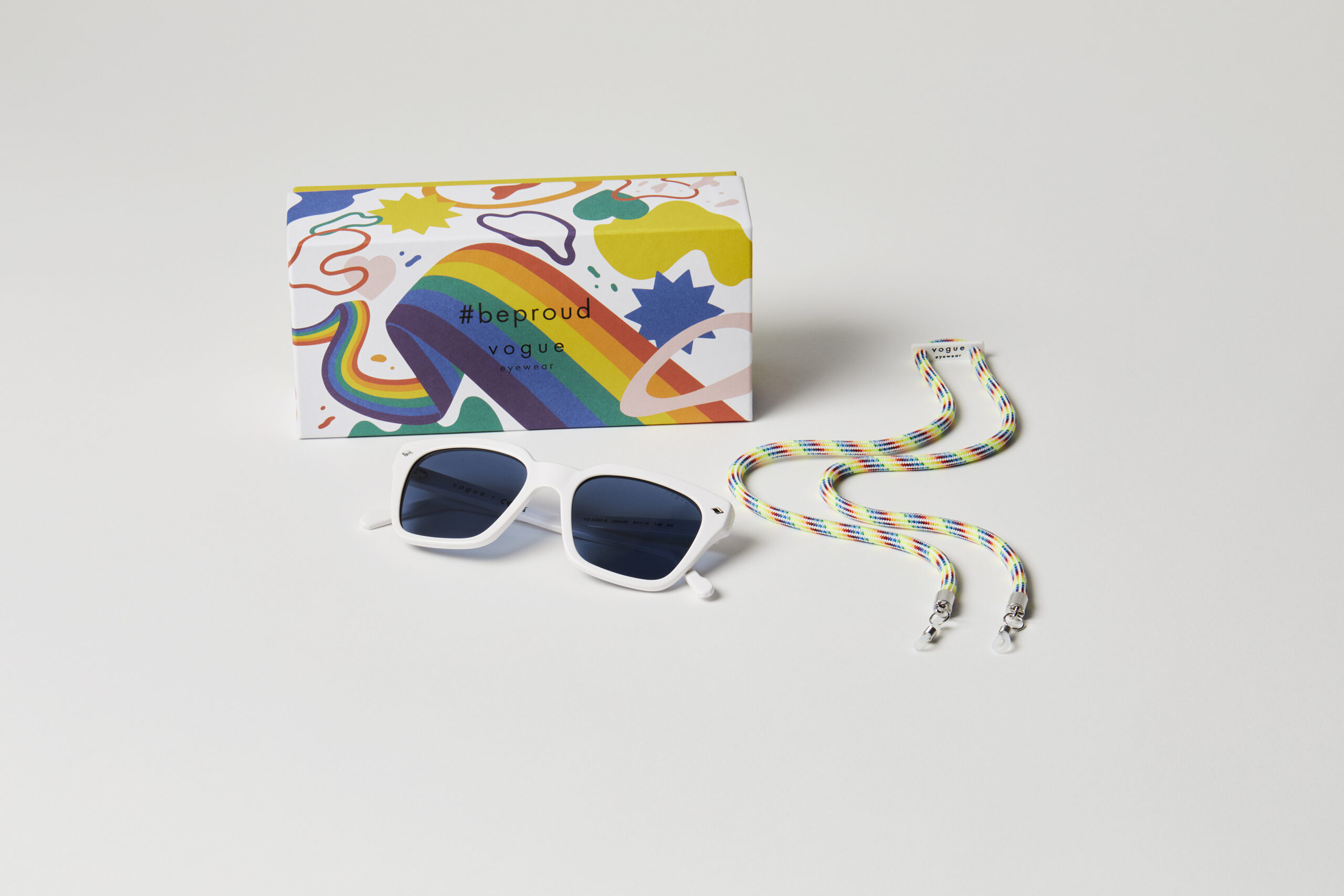 Proud to be a brand that has always made style inclusive, this Pride Month 2022 Vogue Eyewear  celebrates being seen for who you are with an exclusive new model dedicated to the LGBTQI+  community and everyone who values the freedom to express their identity however they feel.

Launched in a colorful new social campaign, this one-of-a-kind frame will come to life through the  creative style of four international talents who represent a world where everyone can #beproud to be  who they are. Interpreted by the playful, empowering portraits of world-renowned queer Illustrator,  Sophie Birkin, and expressive style of LGBTQI+ activists, Hina Sabatine, Francesco Cicconetti, Jason  A Rodriguez and Venus Liuzzo , each talent will frame their unique take on diversity in this exclusive  Vogue Eyewear style.

Capturing their vision of a world where people should be free to express themselves without  judgement, NYC & LA-based digital creator HINA SABATINE (they/them) uses her distinctive style  to subvert traditional concepts of femininity and advocate for queer people’s rights, while JASON A  RODRIGUEZ (he/him) – a NYC born actor, movement coach and choreographer known for his roles  in Golden Globe nominated shows and the House of Xtravaganza –, explores gender identity through  voguing*. In Europe, the writer and FTM ambassador FRANCESCO CICCONETTI (he/him) ignites  real conversations around the subject of gender transitioning by narrating his personal experience,  while YouTube star and trans model VENUSLIUZZO (she/her) promotes pinkwashing for a gay-friendly  experience of fashion that goes beyond appearances.

It’s bold, it’s trendy and looks great on anyone, this one-of-a-kind squared shape in white acetate  makes your eyewear style a statement of who you are, so you can #beproud. Featuring polished metal  diamond rivets and a strong bridge, as well as cool dark grey shades, this exclusive Pride Month 2022  style comes with custom #beproud engravings on the temple tips, a rainbow lanyard and hot-print silver  temple logos, as well as a colorful box illustrated by world famous queer artist, Sofìe Birkin.

Plus, there is more to the campaign than just representing diversity through style. To honor those who  have to fight to be themselves without judgement, Vogue Eyewear will also make contributions to  ILGA-Europe, which works with and on behalf of over 600 LGBTQI+ activist organisations across  Europe and Central Asia for freedom and equality for all, and The Trevor Project – the world’s largest  suicide prevention and mental health organization for lesbian, gay, bisexual, transgender, queer, and  questioning (LGBTQ) young people.

Because in Vogue Eyewear, your look stands for more than style – #beproud.

*Voguing – a constantly evolving style of contemporary dance born in gay clubs during the early sixties  and made famous by Madonna with her video “Vogue” in 1990. 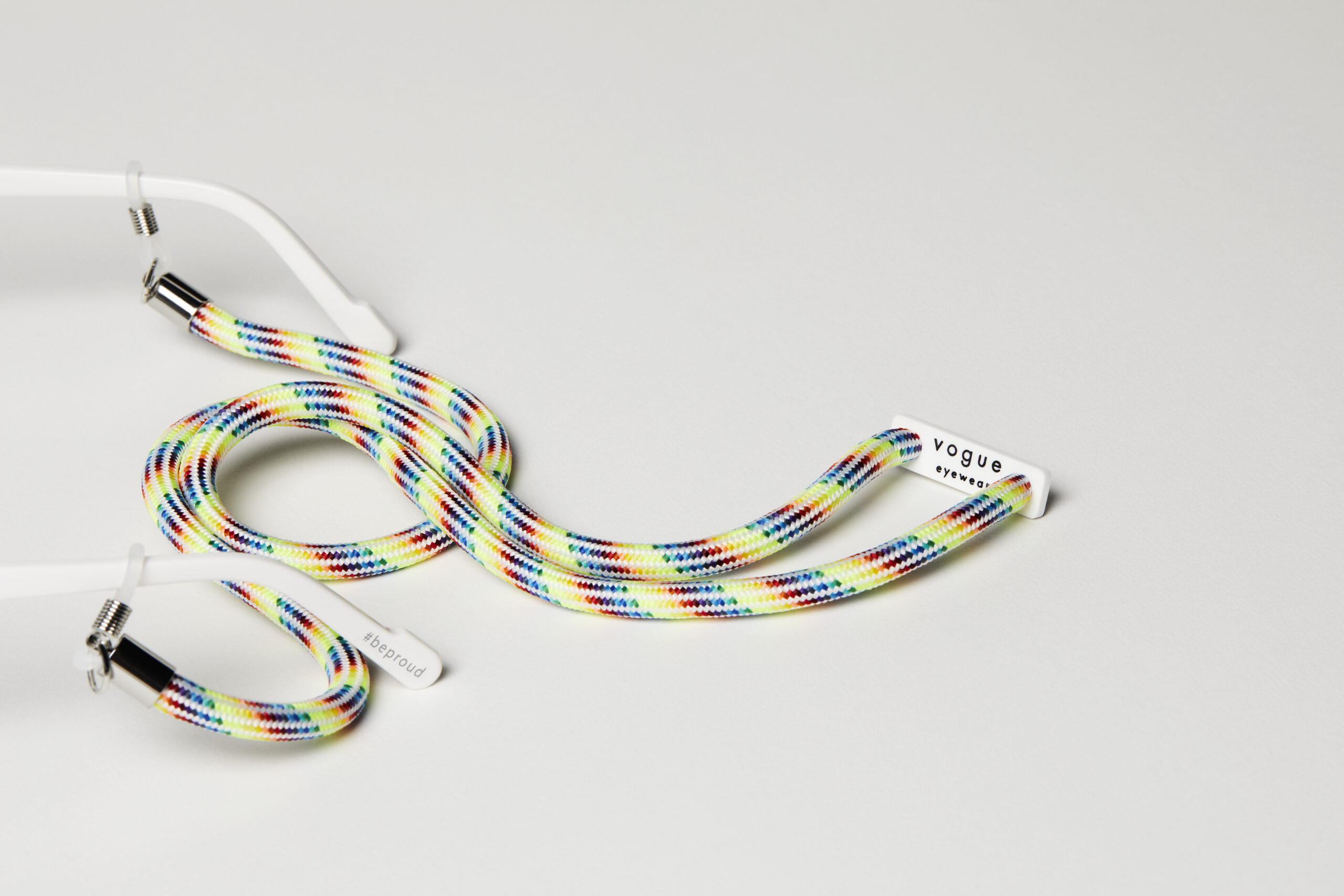 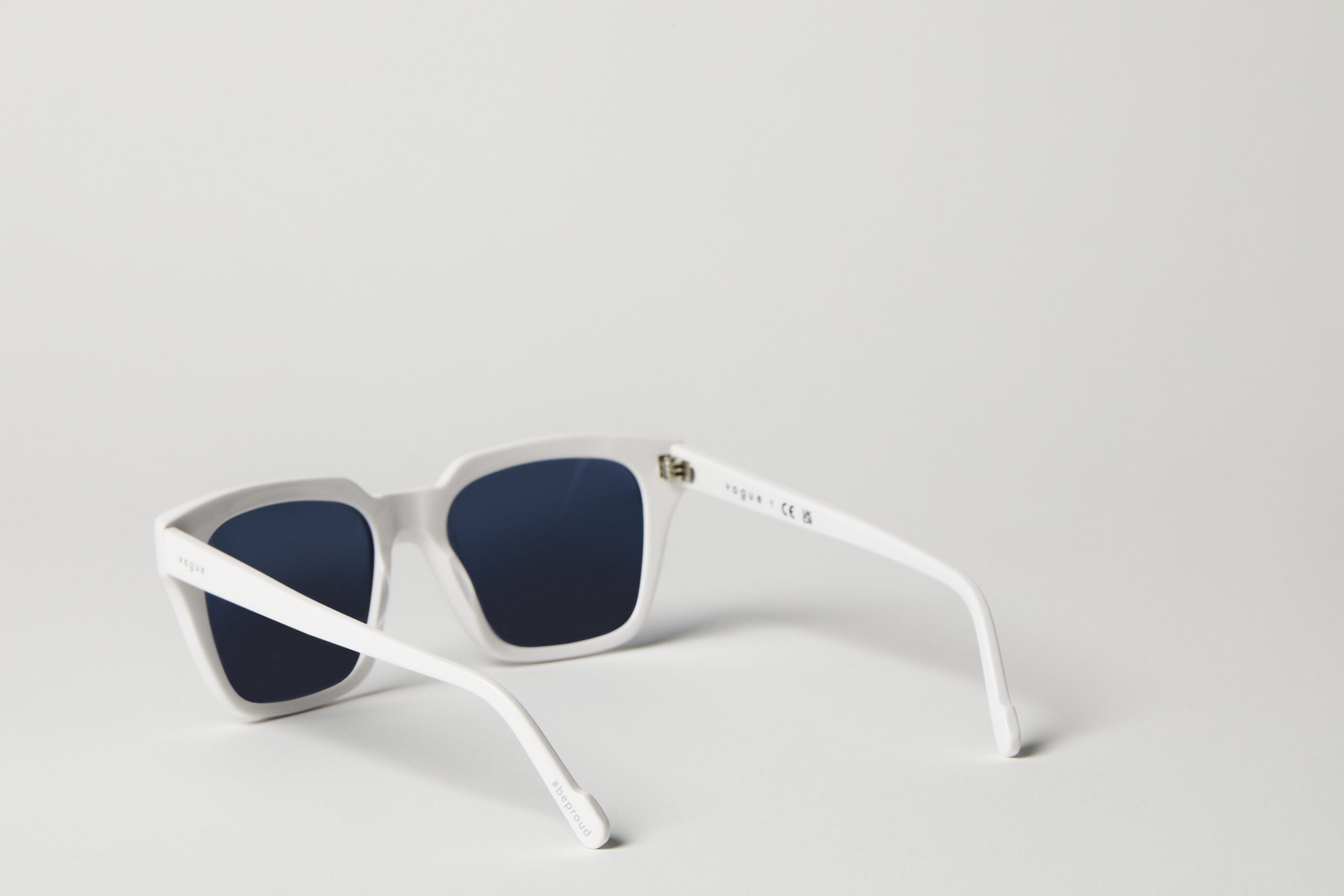