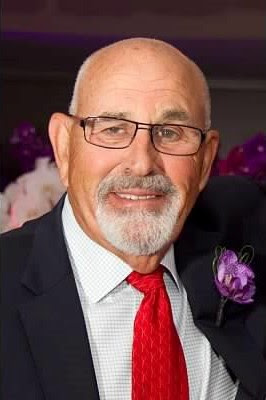 Henry Shyer 1933-2020
With a heavy heart and great sadness, the Zyloware family announces the passing of Henry Shyer. He died peacefully surrounded by family on Saturday, October 10.
Henry was a pillar of the optical industry but, perhaps most importantly, of the Zyloware family. His visionary leadership, quick humor and charitable soul have long guided our path as a company and inspired many generations of Zyloware employees. He will be deeply missed but his legacy will continue to live through the Zyloware family.
The Shyer family will be hosting a live stream funeral on Tuesday October 13th at 2pm est.  The Zyloware offices will close at 12pm to allow employees to pay their respects. Please see information below for the live stream service via Zoom or Zyloware’s Facebook account.
After graduating from Long Island University in 1956, Henry joined his father, Joseph Shyer, at Zyloware as part of the sales team. Joseph had founded Zyloware in 1923 at the advent of zyl frame manufacturing. Henry often fondly recounted his father’s business ethos of warm relationships and a familial employee environment-practices that Henry and his brother Robert continued and instilled in the current generation of Zyloware.
In 1964, Henry and Robert drove optical innovation with the launch of the first-ever commercially successful nylon frame. The Invincible style went on to be one of the most successful styles ever with over 20 million pairs sold. The success of the Invincible drove Zyloware’s move from manufacturing to a focus on design and branding.
Promoted to Vice President in 1968, Henry continued to make great strides for Zyloware and the industry. Under the leadership of Henry and Robert, Zyloware made their first foray into designer licensing with the Gloria Vanderbilt collection in 1976. This is now the longest lasting eyewear license in the industry. In 1980, they again drove the industry forward with the first celebrity brand in eyewear, the Sophia Loren collection.
Henry’s ABO accredited seminar. “What is an optician?” has trained thousands of optical professionals worldwide in the concepts of lifestyle dispensing and “up” selling. Like his father Joseph and brother Robert, Henry served as president of the Optical Manufacturers Association, which is now part of VCA, from 1987-8. Henry served as key contributing board member to many organizations over the years including the Pennsylvania College of Optometry and New York Technical College.
In 1998, he and brother Robert were honored by Prevent Blindness America’s New York Division each as a “Person of Vision” for his contributions to the industry and to eye-care. In 2004, the Shyer family was honored by the Optical Laboratories Association with its Director’s Choice Award “for 81 years of contribution to the optical Lab community.”
Henry and Robert continued to instill the guiding principles their father created for Zyloware in the next generation. Henry’s son, James Shyer (Co-CEO and COO),and Robert’s son Christopher Shyer (Co-CEO and President), continue to guide Zyloware by their example today.
Henry is survived by his wife Bonnie; his three children: James, Lori, and Samantha; as well as 6 grandchildren. He will be greatly missed by all who knew him.