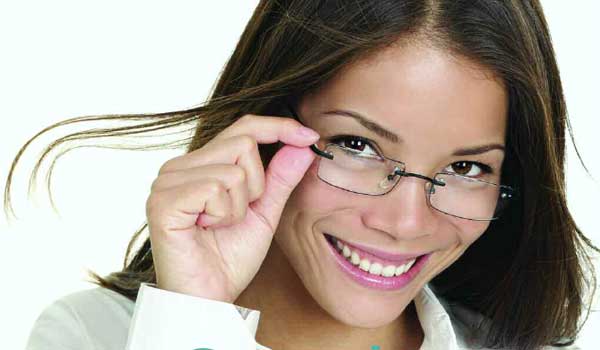 by Sheila O’Hearn
The prevention of blindness on a global scale will become more critical with an increasing and aging population over the next two decades. South Asian communities are especially vulnerable. They are six times more likely to incur diabetic-related eye disease that can lead to blindness than Caucasians and white Europeans. According to a recent editorial, Ning Cheung and Tien Yin Wong from the Centre for Eye Research Australia and the Singapore Eye Research Institute respectively report that an estimated 200-million people in China and India will suffer some form of diabetes, and the concern is whether healthcare systems in these countries will be able to cope with what could become a pandemic.
Despite this possible future, Dr. Wai-Ching Lam, vitereoretinal surgeon in the department of Ophthalmology at Toronto Western Hospital, credits the recent development of the use of anti- vascular endothelial growth factor (anti-VEGF)-Lucentis or Avastin as “having revolutionized the treatment of Eye Disease in South Asians for diabetic retinal disease, retinal vascular occlusion and age-related macular degeneration (AMD).” Dr. Lam adds that in the past, “these retinal conditions were treated with laser. The result was only for stabilization of vision. Now with the use of anti-VEGF, vision can actually improve.”
National registry data also show a marked reduction in incidents of diabetic-related eye and other eye diseases when the anti-VEGF therapy was introduced after 2006 in two developed countries, and similar results can be expected in developed countries, such as Canada, that use the therapy widely. Because of tenuous healthcare systems globally, however, the cost in developed countries will be exorbitant, while in developing countries the prediction is described as astronomical, unless healthcare systems join strong forces towards a workable, affordable universal healthcare system. The price tag in the trillions of dollars also includes the cost of research to address systemic and ocular complications involved in the choice of anti-VEGF agents, Cheung and Wong warn.
Why South Asians are six times more likely to develop Type 2 diabetes is a subject still under full speculation. Type 2 can develop for up to 10 years, and 50 per cent of people show signs of complications by the time they are diagnosed, according to a 2012 Asian Network Report on the BBC the disease is a hormone disorder that can lead to kidney failure, amputation, stroke and blindness and is being dubbed in the UK as the “Asian Diabetes time-bomb.”
While the average life span of a Caucasian male is 81 years of age, a South Asian male is only 65, Type 2 diabetes develops largely in adults over 40, when the body fails to produce enough insulin to maintain a normal blood glucose level, or cannot use the insulin that the body produces effectively. Dr. Lam notes that the increase in diabetic incidence among South Asians is “racial and diet-related”. Dr. Shao-Onn Yong, MD4, consultant ophthalmologist and vitereoretinal surgeon in Singapore, concurs with Dr. Lam, citing one study composed of 45 South Asians and 45 age- and gender-matched white Europeans, to investigate ethnic differences in retinal vascular function and their traditional risk indicators for cardiovascular disease (CVD).
“Even in the absence of overt vascular disease in otherwise healthy South Asians,” he says about the study’s conclusion, “there are potential signs of retinal vascular function impairment that correlates with established plasma markers for CVD risk.” Dr. Yong also notes that consanguineous or closely bred families—culturally more acceptable in South Asian and certain parts of the Middle East—may be a linked to specific eye disease. “India is currently experiencing an explosion in incidence of diabetes, dyslipidaemia and hypertension, which have been attributed to increased affluence and perhaps an increased adoption of a Western diet,” Dr. Yong explains. “These, especially hypertension and dyslipidaemia, are known risk factors for retinol vein occlusions. Add this to the huge populations of India and China, and we can expect to see many more Asians with these conditions in the future.”
Dr Lam notes that the South Asian community and general public can better protect themselves with a prescription of a proper diet and adequate exercise to reduce the risk. “Regular eye examinations will help to identify changes early and to start treatment when necessary,” he says.
The Canadian Society of Optometrists join with eye-care professionals and organizations globally to emphasize that 50 per cent of sight loss could be preventable if the disease is identified early. Because the South Asian population is especially susceptible to sight-threatening diseases, education and regular eye checkups from early childhood and up are crucial. Many eye- related diseases occur “silently”, often without pain or overt signs. However, combine early and regular examinations with huge technological advances in imaging cameras, scanning equipment and courses of successful treatment, and the occurrences of retina-related eye disease leading to blindness could be radically reduced, and the prediction of a grim future changed for the better. •