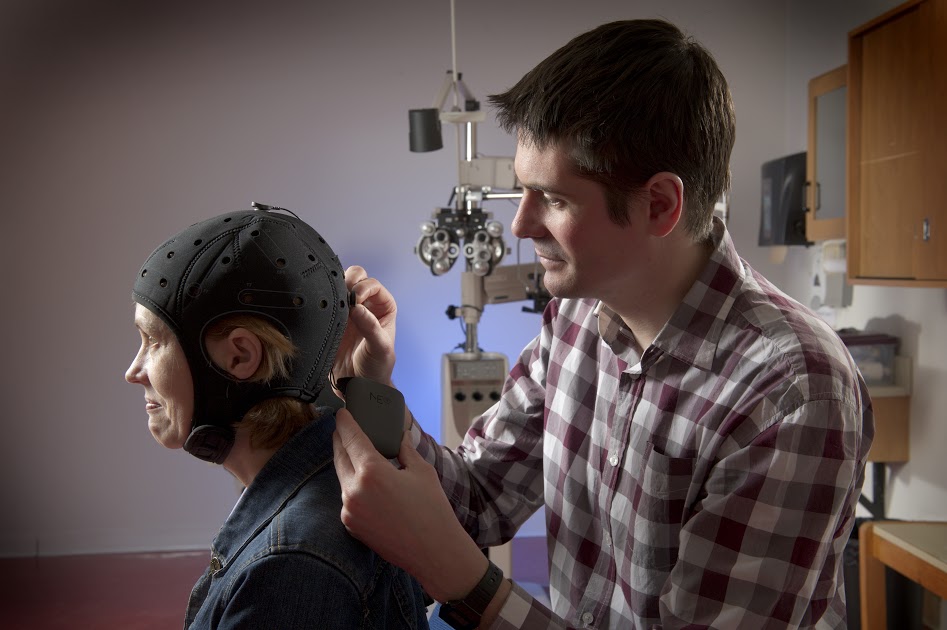 Dr. Ben Thompson is working towards a treatment for ‘lazy eye’ that has seen no significant advancement in modern times.

A vision scientist and associate professor at the School of Optometry and Vision Science in the Faculty of Science, Thompson is hopeful the progress made in the study of lazy eye will create long-term treatments that can improve the quality of life in adult patients, and prevent significant vision loss over the lifetimes of patients. Amblyopia increases a person’s chance of legal blindness by 50 per cent, and can impact a patient’s ability to conduct manual dexterity tasks while limiting employment opportunities, he said.

“The goal for me is to have an evidence-based approach that can be used over the longer term,” said Thompson. “By improving vision, we can protect against vision loss for a lifetime.”

Amblyopia originates in the brain during childhood, often when a child develops an eye turn, or when one eye becomes long sighted. Thompson said children with the condition have been treated with a simple eye patch for centuries, while adults have remained untreatable because it was thought “the mature brain no longer has enough capacity for change.”

“Canada has a strong presence in the brain stimulation field, but there are not many studies related to vision,” he said. “There are so many patients, it really is a worldwide focus on these tests. Our understanding is growing well and we hope to build on that.”

The magnetic pulse treatments conducted with a small group of people showed temporary improvement in their conditions for 24 hours, which Thompson said provided confidence the visual cortex of the brain was an area that showed promise for focused treatment.

The data gained by Thompson led him to the most recent Transcranial Direct Current Stimulation (TDCS) studies, which are portable and both safe and low risk for patients, he said. The results and the visual response of the electric current tests were beneficial, but temporary – about 30 minutes for the patient, but the rebalancing of the patient’s vision provided baseline data and reasoning to continue studies, Thompson said.

The currents create a slight tingling sensation on the scalp, and are only done with adults, in this case aged 17 and older. The exploratory studies have shown evidence that currents can inhibit or suppress the areas of the brain responsible for the abnormalities that cause the condition.

This data is recorded using a Visually Evoked Potential (VEP) device, which measures activity within the brain’s vision centre to ensure actual response and benefit can be noted, he said.

“We use brain imaging to understand the stimulation,” he said, noting optometry has an advantage over other fields because of the ability to “incredibly precisely” measure visual function for response.

To confirm this, the studies also included a placebo test, which in one case saw a patient receive the normal current delivered to evoke a response for about 30 seconds, while gradually decreasing the voltage. In another, a current was delivered to give the patient the sensation of the treatment, but not enough to induce change in the visual cortex.

Working with a larger group of people alongside Sun Yat-sen University in China, the studies have shown “quite promising results” including improved visual and contrast response from the brain.

Thompson is actively pursuing funding for a large-scale randomized clinical trial, which would take two years to develop and two additional years of trials. The goal would be to establish treatments for mainstream use with adult patients, and create a model for the treatment to help enhance plasticity and aid in the recovery other brain-based visual loss cases.

“I have confidence we’re taking a big step forward,” he said.