Vision degradation in astronauts linked to microgravity during missions

Canadian astronaut and author Chris Hadfield has drawn some attention to a study on the impact space has on the eyes of astronauts via Facebook.

The Radiological Society of North America (RSNA) study details how visual problems affecting astronauts who serve on lengthy missions in space are related to volume changes in the clear fluid that is found around the brain and spinal cord, according to new research being presented last month.

Over the last decade, flight surgeons and scientists at NASA began seeing a pattern of visual impairment in astronauts who flew long-duration space missions.

The astronauts had blurry vision, and further testing revealed, among several other structural changes, flattening at the back of their eyeballs and inflammation of the head of their optic nerves. The syndrome, known as visual impairment intracranial pressure (VIIP), was reported in nearly two-thirds of astronauts after long-duration missions aboard the International Space Station (ISS).

“People initially didn’t know what to make of it, and by 2010 there was growing concern as it became apparent that some of the astronauts had severe structural changes that were not fully reversible upon return to earth,” said study lead author Noam Alperin, Ph.D., professor of radiology and biomedical engineering at the University of Miami Miller School of Medicine in Miami, Fla. 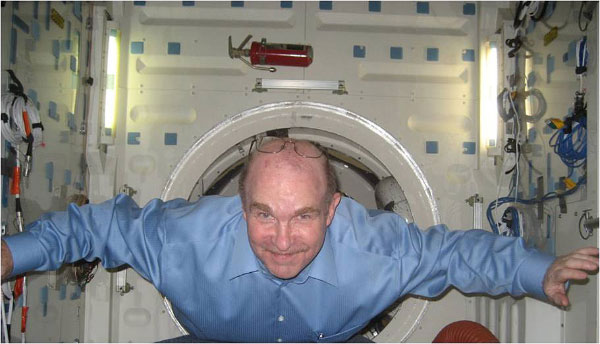 Scientists previously believed that the primary source of the problem was a shift of vascular fluid toward the upper body that takes place when astronauts spend time in the microgravity of space.

But researchers led by Dr. Alperin recently investigated another possible source for the problem: cerebrospinal fluid (CSF), the clear fluid that helps cushion the brain and spinal cord while circulating nutrients and removing waste materials. The CSF system is designed to accommodate significant changes in hydrostatic pressures, such as when a person rises from a lying to sitting or standing position.

However, the microgravity of space presents new challenges.

To learn more about the role of CSF in spaceflight-induced visual impairment and eye changes, Dr. Alperin and colleagues performed high-resolution orbit and brain MRI scans before and shortly after spaceflights for seven long-duration mission ISS astronauts.

They compared results with those from nine short-duration mission space shuttle astronauts. Using advanced quantitative imaging algorithms, the researchers looked for any correlation between changes in CSF volumes and the structures of the visual system.

Long-duration astronauts also had significantly greater post-flight increases in orbital CSF volume, or the CSF around the optic nerves within the bony cavity of the skull that holds the eye, and ventricular CSF volume—volume in the cavities of the brain where CSF is produced. 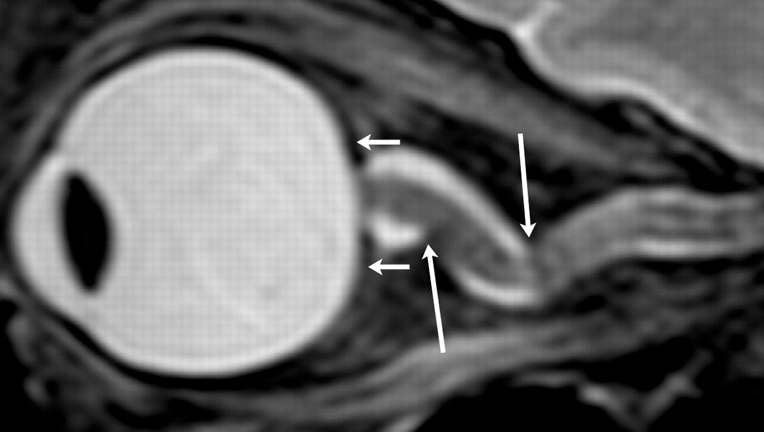 “The research provides, for the first time, quantitative evidence obtained from short- and long-duration astronauts pointing to the primary and direct role of the CSF in the globe deformations seen in astronauts with visual impairment syndrome,” Dr. Alperin said.

Identifying the origin of the space-induced ocular changes is necessary, Dr. Alperin said, for the development of countermeasures to protect the crew from the ill effects of long-duration exposure to microgravity.

“If the ocular structural deformations are not identified early, astronauts could suffer irreversible damage,” he noted. “As the eye globe becomes more flattened, the astronauts become hyperopic, or far-sighted.”

According to Dr. Alperin, NASA is studying a number of possible measures to simulate the conditions that lead to VIIP and testing various countermeasures. 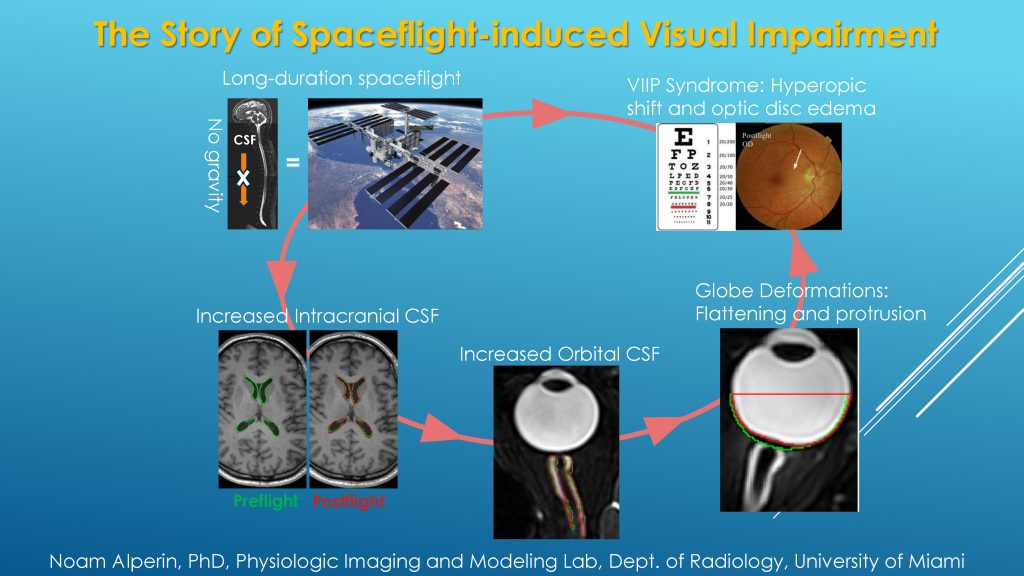