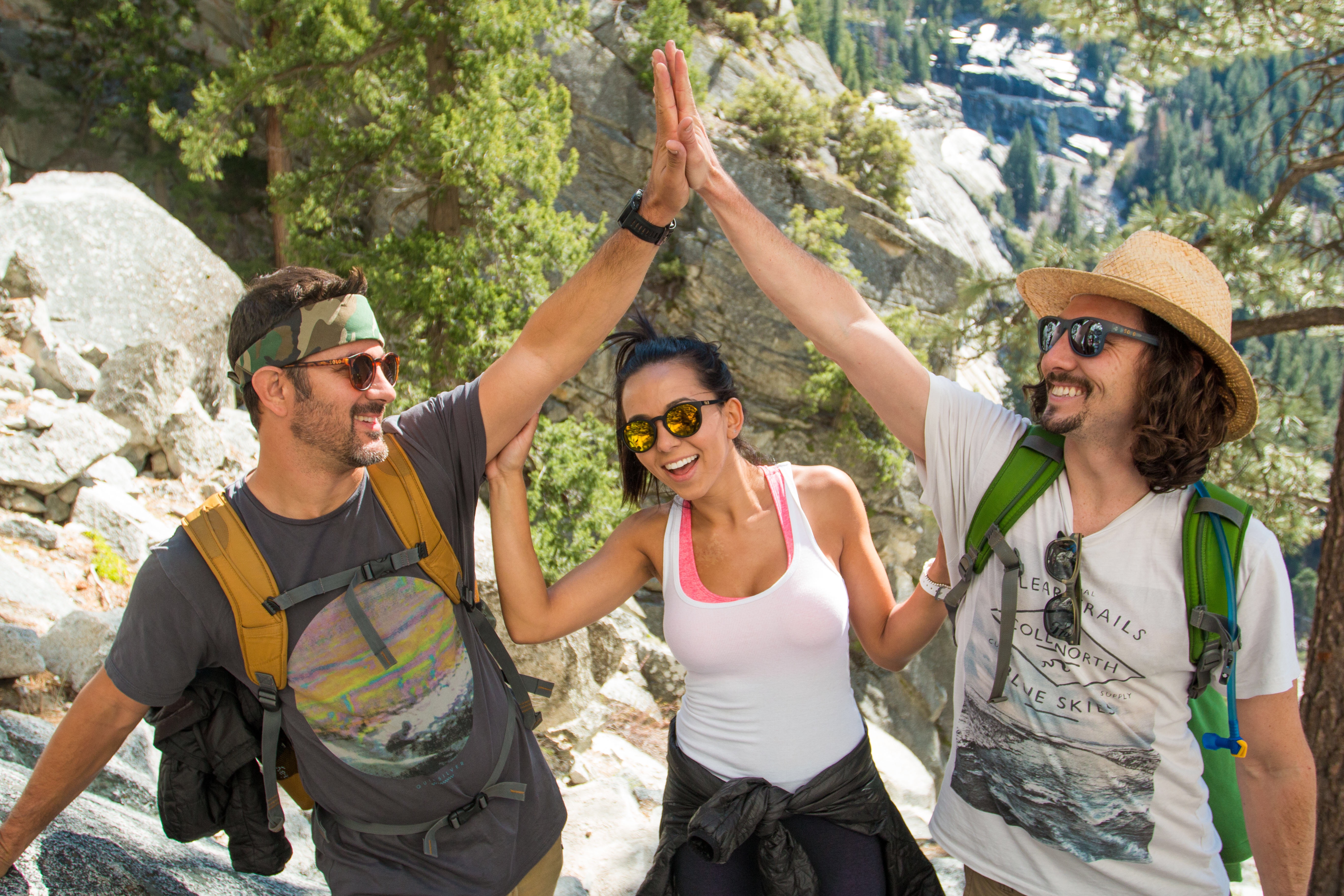 About eight million metric tonnes of plastic – roughly the weight of Toronto’s CN Tower 67 times over – enters the world’s oceans each year.

It pollutes the water and seabeds, sickens and kills fish, sea mammals and birds and litters coastlines.

If nothing changes with plastic production and disposal, a 2016 report by the World Economic Forum predicts plastic will outweigh fish in the ocean by 2050.

Concerned about the oceans’ future, friends and entrepreneurs Rob Ianelli, who has years of experience developing eyewear products, and Ryan Schoenike decided to become part of the solution to the problem of plastic debris.

Last year, the pair formed Norton Point, which has launched the world’s first line of sunglasses made from high-density plastics recovered from the sea.

“Plastic in our oceans is a huge problem with no end in sight. The oceans support life on our planet and on top of that, enjoying the beauty of the ocean is being destroyed by plastic debris,” Schoenike tells Optical Prism.

“So rather than talk about the issue, we decided to combine our backgrounds and knowledge to make an impact. We feel that in order for other companies to get engaged, we need to show the value in ocean plastic material. Sunglasses is our first product towards that goal.”

Norton Point is one of many companies that is manufacturing eyewear from recycled materials; everything from old lobster traps and skateboards to worn-out jeans and compact discs.

The eco-friendly products are being created at a time when The World Bank estimates that about 1.3 billion tons of municipal waste is produced each year in the world. That number is expected to climb to 2.2 billion tons by 2025.

And that doesn’t include the amount of litter tossed on roadsides, in parks, on shorelines and in waterways.

Each pair of Norton Point shades, which can be ordered at www.nortonpoint.com and shipped to Canada, is made with one pound of plastic from the world’s oceans.

The company, based in Martha’s Vineyeard, Massachusetts, teamed up with Vancouver-based The Plastic Bank to collect ocean plastic in Haiti. The organization pays people in local communities a living wage to collect the debris, Schoenike says.

So far, Norton Point’s sunglasses collection is made up of three styles. Each is made with CR-39 polarized lenses that provide full UVA and UVB protection.

The company plans to introduce more styles in the future.

Along with producing shades, Norton Point has also launched an awareness campaign called Sea Plastic Differently, which aims to educate people about plastic debris in the ocean as well as businesses about the value of ocean plastic products.

Norton Point also donates five per cent of its net profits to organizations like Ocean Conservancy to support global clean-up and remediation practices related to ocean plastic.
“We hope that this product can really make a difference in the way we all view plastic and that it will help generate awareness of the larger issue,” Schoenike says.

Here are three other companies that are transforming waste into fashionable eyewear:

KARUN
Also in an effort to reduce plastic waste in the oceans, the South American-based Karün Eyewear has produced a line of sunglasses made entirely of recycled fishing nets that were abandoned in the Pacific.

To do this, the company teamed up with Bureo, a Chilean company that makes skateboards out of old fishing nets and runs a fishnet collection and recycling program called Net Positivia.

“At Karün we want to prove that it is possible to change the way we interact with our planet. We are using sunglasses as a tool to inspire change and to prove that we can and we need to live in a world in harmony with the natural environment,” says Macarena Goles of Karün.

Abandoned fishing nets make up about 10 per cent of the plastic pollution in the ocean, the company says. They pose a serious risk to marine life, which can become entangled in the nets.

Through Net Positivia, the nets are collected and turned into pellets. They are then shipped by Karün to Italy where they are made into sunglasses for the company’s Ocean Collection.
The collection was launched in 2015 after Karün conducted an online crowdfunding campaign.

Karün sells the shades online and shipping to Canada is available. So far about 2,000 pair of sunglasses from the Ocean Collection have been shipped around the world.
For more information, visit www.karunworld.com.

SOLO EYEWEAR
SOLO Eyewear has been handcrafting sunglasses out of recycled bamboo for about three years.

Recently, the California-based company, which also ships its products to Canada, introduced a new collection of eco-friendly shades that are made with recycled plastic.

To create both lines, SOLO works with companies to divert materials from landfill so they can be repurposed into sunglass frames.

For the bamboo sunnies, SOLO partnered with a flooring company to use their scrap pieces of bamboo to create the temples.

The idea for the second line, according to SOLO co-founder and managing director Jenny Amaraneni, came while company officials toured a factory that specializes in injection-molding and produces eyewear for major brands.

“We noticed that major brands produce a substantial amount of plastic waste during their production process. We saw an opportunity to utilize this plastic waste in the composition of our frames. We began testing and found that by incorporating 20 per cent of plastic waste in our frames, we were still able to maintain a high-quality product that is durable and consistent in colour,” Amaraneni tells Optical Prism.

Both eyewear collections were launched with the help of crowdfunding campaigns.

SOLO Eyewear also donates a portion of its profits to non-profit organizations that provide eye care for people in need. To date, Amaraneni says the company has funded eye care for more than 11,000 people in 32 countries.

California-based Woodzee also has a line of sunglasses made from recycled wood.

On the heels of its successful collection of shades made from upcycled whisky barrels, the company partnered with Rob Sweeny and his reclaimed wood flooring and cladding company Anthology Woods from Oregon to launch a new line of sunglasses manufactured from scrap wood.

“I get the ‘end pieces’ of the wood he cuts that he normally burns and then upcycle the pieces into new finished products. The most unique feature is that I intentionally make each wooden part of the sunglass (frame and two temples) a different type of wood so that the customer truly sees how special the product is,” said Woodzee president Luke Winter.

“I am very proud of this collection and want to share how important it is to use readily available materials that would otherwise be considered waste to be converted into a beautiful brand new finished product,” Winter says.

Both lines of sunglasses were designed and manufactured in the United States. Shipment to Canada is available.

Winter said creating products from recycled materials is his way of contributing to the betterment of the planet.

“I have been in the fashion business for some time now and this was a great way to combine my love of fashion with my desire to contribute positively to our world through recycling,” he says.