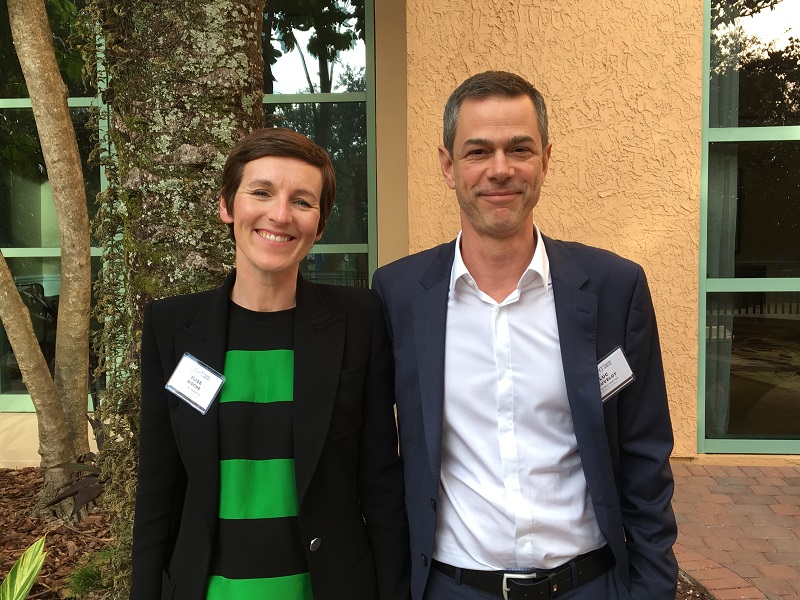 Transitions Signature GEN 8 lenses are set to launch this fall in Canada.

The next generation of Transitions Signature lenses are the result of more than five years of product research and development involving more than 100 people and will deliver the next frontier of performance.

The new lenses were developed using breakthrough technology that combines a disruptive nanocomposite matrix and a new generation of ultra-agile photochromic dyes. This matrix creates free zones for improved dye mobility. Not only can the dyes move more freely, but it is also more stable and consistent in its performance.

Transitions Signature GEN 8 lenses are faster in activation and fadeback and are even darker than previous generations. The lenses also block 100 per cent of ultraviolet light and help protect the eyes from harmful blue light indoors and out.

OP: First off, what sets these new lenses apart from other generations of Transitions lenses?
Elise Bioche: For the photochromic wearers, the people that are already wearing Transitions lenses, one of the improvements they can expect is on the fadeback speed. Today, the fadeback is about four minutes, so the time it takes to come back inside and remove my coat.

What’s mindblowing about this new generation is that usually when you improve on one dimension, you lose on the other. But here, actually, you improve on the fadeback quite dramatically, without losing on anything and in fact improving on darkness and improving on the activation speed.

That’s where we really pushed the limits of the technology to a totally new level where you continue to satisfy the current photochromic wearers – the people who are used to experiencing these benefits with even more performance – but it also allows us to start to talk to a new generation of wearers who maybe never experienced the photochromic lenses.

It’s really the best performance on the market.

But what happens with Transitions lenses is that when you go outside, and you get 100 to 500 times more harmful blue light exposure, then the lens is acting as a harmful blue light detector. Because UV and blue light is what activates the lens, so when it’s there in large proportions, the lens is reacting and making a shield to protect you and you go up to 85 per cent harmful blue light protection, which is something you will only get with a sunglass or photochromic lens.

EB: That’s super important because what consumers want today is full protection; they want always-on protection. They don’t want to have the hassle of changing glasses or maybe they have good UV protection with clear lenses, but not harmful blue light. So today, you put your Transitions Signature GEN 8 glasses on, you’re ensured you have always-on protection against UV and harmful blue light, indoors and outdoors. It’s seamless and you’re well protected.

OP: Please tell us about the team that helped to develop these new lenses.
LN: We have a team in Thailand, we have a bigger team in Ireland and small teams in Tampa and Dallas. The real research part is in Pittsburgh with PPG who are the guys who are playing with the molecules.
So there’s five locations, we have 13 different nationalities in the R&D organization worldwide and even in Ireland only, we have more than 10, so it’s a real mix.
Diversity is definitely one of our strengths.