Think About Your Eyes reaches milestone 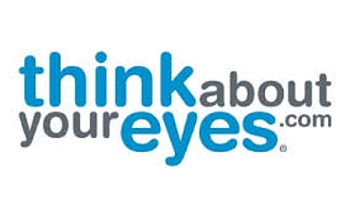 The national Think About Your Eyes campaign has built upon its increased industry support and consumer interest to reach a new milestone of 2.5 million visitors to the campaign website since its launch. The campaign expects that number to reach 3 million by years’ end.

“We are thrilled that the campaign has resonated with the public,” said Dr. Steven Loomis, immediate past president of the American Optometric Association. “Thanks to the attention and support the campaign has received from within the industry, and the addition of more supporting partners, we’re reaching the public at a higher rate than ever before. We continue to see those efforts reflected in the number of patients receiving an annual eye exam and improving quality of life by diagnosing vision disorders as well as significant eye and general health issues.”

Think About Your Eyes, now in its fourth year, will kick off its next round of advertising on July 18.  Ads will focus on two messages: the importance of kids’ vision and how that can impact learning, and the importance of an eye exam in the early detection of eye diseases such as macular degeneration and cataracts. The media will incorporate a strong mix of national cable TV, radio and online advertising.  The campaign expects to generate more than 1.258 billion impressions in 2016, with Q3 media generating 650 million advertising impressions on more than 25 cable networks, 10,000 radio stations and 2,000+ websites.

“With the back-to-school season beginning, we want to remind the public of the important role eye health plays in a child’s ability to learn,” said Jon Torrey, Think About Your Eyes Director of Professional Relations. “In addition, future vision health is reliant on taking care of vision today, which is why it’s important to highlight the issues people can face later in life if they don’t prioritize their vision health at an earlier age.”

Last month, Johnson & Johnson Vision Care became the latest industry leader to support the Think About Your Eyes campaign. With this new addition, effective January 2017, the campaign will continue its industry expansion to include 19 partner organizations.