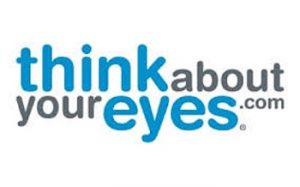 The national Think About Your Eyes campaign, which is celebrating a year of growth both within the industry and impact on public awareness, announced two staffing changes, effective immediately. Jon Torrey, previously the Director of Professional Relations, will now serve as Executive Director of the campaign. In addition, Dana Fairbanks has joined as a Marketing Consultant.

Torrey has worked in his previous role with the campaign for more than four years, during which he structured the online doctor locator—a vital campaign feature that has been used to grow industry support for the campaign. He has developed several industry funding models, and grew the state optometric association support of the campaign to the current level of 33 Leadership states. Under his tenure, the doctor locator has grown to more than 17,000 listings, proving to be an invaluable resource for patients across the nation searching for an eye care provider.
“Jon’s passion and vision for Think About Your Eyes and our common goal to help improve vision health through increased awareness is unmatched,” said Dr. Andrea P. Thau, president of the American Optometric Association (AOA). “He has been an integral partner with AOA in building strong state optometric participation and we look forward to accomplishing even more with his leadership guiding the way.”
Fairbanks joins the Think About Your Eyes team after more than five years at the helm of the campaign’s advertising team at Warren Douglas, a national advertising agency. She led the strategic planning for the national launch of the campaign, and played an integral role in the development of the campaign’s website. She has also played prominent roles in the campaign’s media and marketing growth as well as the evolution of the Think About Your Eyes brand. Fairbanks has more than 20 years’ experience in the marketing and advertising industry working with Fortune 500 clients.
“I’m thrilled to officially welcome Dana,” said Torrey.  “Her guidance and expertise has greatly contributed to the campaign’s success to date and we look forward to even greater results, now that she is completely on board with our marketing team.”
Think About Your Eyes, now in its fourth year, kicked off its next round of advertising on July 18 with ads focused on kids’ vision and the importance of an eye exam in the early detection of eye diseases such as macular degeneration and cataracts. The campaign expects to generate more than 1.258 billion impressions in 2016, and expects to reach three million website visitors by the end of 2016. To date, 18 industry partners support the campaign, which resulted in 825,000 eye exams in 2015 alone.