The dark side of blue light: A Q&A with CAO 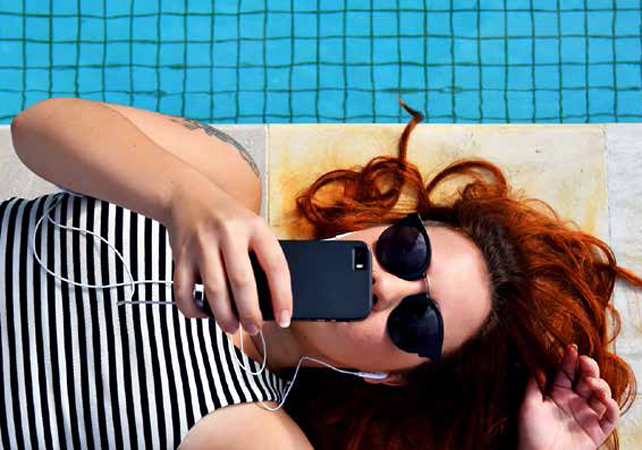 The sun provides our primary source of blue light.

And exposure to some of those rays is good for us. It can, for example, boost mood, alertness and reaction time.

But, as many people know, there is a dark side to blue light.

The increased use of digital devices that emit the high-energy visible light, including smartphones, tablets, computers and flat-screen televisions, has only increased the prevalence of problems associated with blue light.

Vision experts say the human eye is good at stopping ultra-violet rays from reaching the retina, but it’s lousy at blocking blue light. In fact, almost all blue light passes through the cornea and lens and reaches the retina.

Children are even more sensitive to the effects of blue light than adults.

The Canadian Association of Optometrists, which is the national voice of optometry in Canada and represents 85 per cent of doctors of optometry, says the effect of blue light exposure is cumulative, meaning the “the total number of exposure hours is what matters.”

Prolonged exposure can cause digital eye strain, which can produce headaches, blurred vision and dry irritated eyes, as well as health and potentially serious vision problems.

Optical Prism recently asked Dr. Kirsten North, a policy consultant at the CAO, to shed some light on blue light and how people can protect themselves.

Q. In layman’s terms, please explain what blue light is and where it comes from.

A. Blue light is defined as visible light ranging from 380 to 500 nanometers (nm). It is found in sunlight, indoor lighting (such as LEDs and compact fluorescents) and screens (phones, tablets, computers and television).

Q. Why is exposure to blue light potentially dangerous?

A. Very little blue light is blocked by the human eye. Blue light is harder to focus and can contribute to eye strain. It is also a trigger for melatonin production and, if exposure happens late in the day, it can deregulate sleep cycles. Blue light has been linked to cataract formation and macular degeneration.

Q. Are optometrists concerned that, with the increase in digital device use, more and more people will experience vision problems related to blue light?

A. Yes, this is one of the many reasons that the Canadian Association of Optometrists (CAO) collaborated with the Canadian Ophthalmological Society to develop the screen time guidelines.

The guidelines can be downloaded at: tinyurl.com/y758fley

Q. How can people protect themselves from the potentially harmful effects of blue light?

A. Experimental evidence has suggested exposure to blue light in the 470-490nm range may be less damaging compared to blue light from 400-470nm. Development of LEDs with a peak emission in the safer range may represent an important advancement for ocular health.

Blue light exposure in younger people should be monitored and controlled. Over time, accumulated damage from blue light exposure can increase the likelihood and severity of age-related eye conditions such as macular degeneration and cataracts.

A healthy diet, high in leafy green vegetables and colourful fruits, may help to increase the levels of the protective pigments in the retina and mitigate some damaging effects of blue light. Good sleep is essential for attention, learning, mood, and general well-being.

The effects of blue light on the sleep cycle may be minimized by: