ST. LOUIS, July 19, 2022 /PRNewswire/ — The American Optometric Association (AOA), the leading authority on quality eye care and an advocate for our nation’s health, launched today a first-of-its kind Screen Time Alliance, in partnership with the gaming industry, to educate Americans about the effects of prolonged time on digital devices and its impact on eye health. With the increase of online and app-based vision services, AOA’s Eye Deserve More, national public awareness campaign takes a stand that every American deserves in-person comprehensive eye care from a doctor of optometry as part of their eye health and overall wellbeing. The Screen Time Alliance focuses on the rise of screen time – particularly among gamers – and shows how all gamers, streamers and scrollers can keep their eyes healthy. 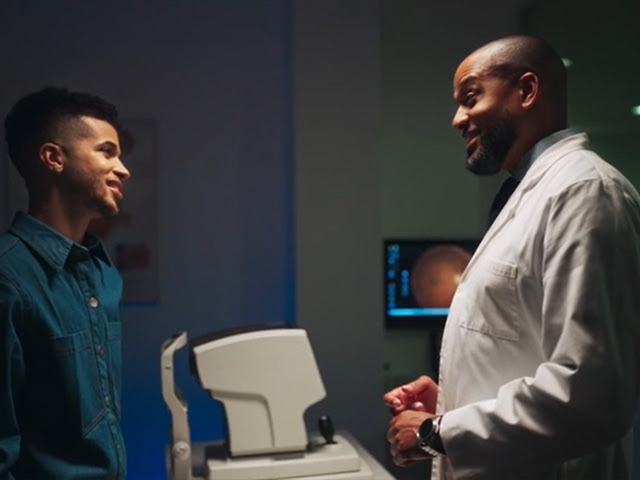 There are more than 227 million Americans who play video games1 and with gaming and screen time on the rise, so is the risk for long-term implications for people’s eye health. AOA’s 2022 Gamer Survey results revealed, the average gamer spends more than 8 hours a day on screens and has experienced various eye-related symptoms from gaming, including eye strain, headaches, dry eyes, and blurred vision. Many gamers are aware of the eye health implications for long-term screen time usage, but less than half (46%) visit a health care professional for a comprehensive eye exam every year.

The Screen Time Alliance is a collaboration between a professional eye health association and gaming industry companies to educate gamers, and all screen time users, about the importance of healthy screen time. Current members of the Alliance include Nerd Street Gamers, a national network of e-sports facilities, events and content, and Playcrafting, a game development company. The Alliance’s goal is to encourage people to get their eyes checked offline by a doctor of optometry so they can do more of what they love online. Additionally, the AOA has developed Eye Health Guidance for Screen Time to provide actionable steps for gamers to adapt and optimize gaming experiences to improve their eye and overall health.

“The establishment of the Screen Time Alliance is an important collaboration for us, as the majority of Americans spend a significant amount of time on screens and playing video games,” says James P. DeVleming, O.D., AOA President. “While there are many things we can do on our screens, getting a comprehensive eye exam is not one of them. Through in-person exams, doctors of optometry play a major role in an individual’s overall wellbeing, by being able to spot vision and eye health issues, as well as early signs of systemic diseases, such as diabetes, hypertension, autoimmune diseases and cancers.”

As part of this year’s campaign, AOA is partnering with Jordan Fisher, an actor, singer, songwriter, producer, gamer and parent to educate fellow gamers and parents about the importance of taking care of their eye health and encouraging them to practice healthier screen time habits.

“After injuring my cornea years ago, I did not realize how it would affect the rest of my body. With the amount of time I spend on screens – about 7 hours a day reading, producing, gaming, or taking video conference calls – it’s key to practice healthy screen time habits as it can really take a toll on your eyes,” says Fisher. “That’s why getting an eye exam in person is so important, optometrists are able to look beyond your eyes into your whole body. I make eye health a priority for me and my family, so we won’t miss any important life moments.”

Optometrists like Dr. Jason Compton, AOA member and a gamer himself, say some patients may not make the connection between screens and their symptoms such as dry eyes and headaches.

“It’s my job as an optometrist to get to know my patients’ habits and behaviors to create tailored recommendations to keep their eyes and overall body healthy, especially since comprehensive eye health is not a one-size-fits-all approach,” says Dr. Compton. “Whether you’re a pro gamer, Twitch streamer, casual scroller, or someone who spends all day working at the computer – it’s critical to see a doctor of optometry in person every year and adapt healthy gaming and screen time habits, like taking regular screen breaks and stopping any gaming activity at least one hour before bedtime.”

To find Eye Health Guidance for Screen Time and to book an appointment with a local AOA doctor of optometry, visit AOA.org/EyeDeserveMore.

About The American Optometric Association (AOA)

The American Optometric Association (AOA) is the leading authority on and advocate for quality eye health care, representing more than 44,000 doctors of optometry, optometry students and optometric professionals. As the sole primary eye care provider in many communities across America, doctors of optometry are often a patient’s first entry point into the health care system, and have extensive, ongoing training to examine, diagnose, treat, and manage disorders, diseases, and injuries that affect the eye and visual system. Through a nationwide public health initiative, AOA’s Eye Deserve More campaign is fostering awareness of the importance of eye health and vision care and the overall health benefits of in-person, comprehensive eye examinations with AOA doctors of optometry for all Americans.

Jordan Fisher’s abilities as an actor, singer, songwriter, producer, and gamer whose work has spanned from TV to music, Broadway, and film. Jordan can be seen in Netflix’s Work It and To All the Boys: P.S. I Still Love You, The CW’s The Flash, and — most recently —  Netflix’s Hello, Goodbye, and Everything in Between and HBO’s The Naked Mole Rat Gets Dressed: The Underground Rock Experience. Jordan is an avid gamer and even commentated for the 2019 Fortnite World Cup. His additional accomplishments include being the first African American to portray the title character of ‘Evan’ in Dear Evan Hansen and ‘Mark’ in Fox’s Emmy-nominated Rent: Live, as well as being named a breakout star by MTV and People Magazine for Fox’s Emmy-winning broadcast Grease Live! Jordan also won ABC’s 25th season of Dancing with the Stars and collaborated with Lin-Manuel Miranda, performing a duet with him for Disney’s Moana soundtrack, as well as joined the cast of the Tony award-winning musical, Hamilton.

Eye Deserve More is a multi-faceted national campaign to take a stand that every American deserves in-person comprehensive care from an AOA doctor of optometry as part of their eye health and overall health and wellbeing. The Screen Time Alliance, a first-of-its-kind alliance between the American Optometric Association and gaming industry partners, is a call to action to prioritize eye health across screens, devices, and platforms. The Alliance aims to educate Americans about healthy screen time, especially the 227 million who play video games.