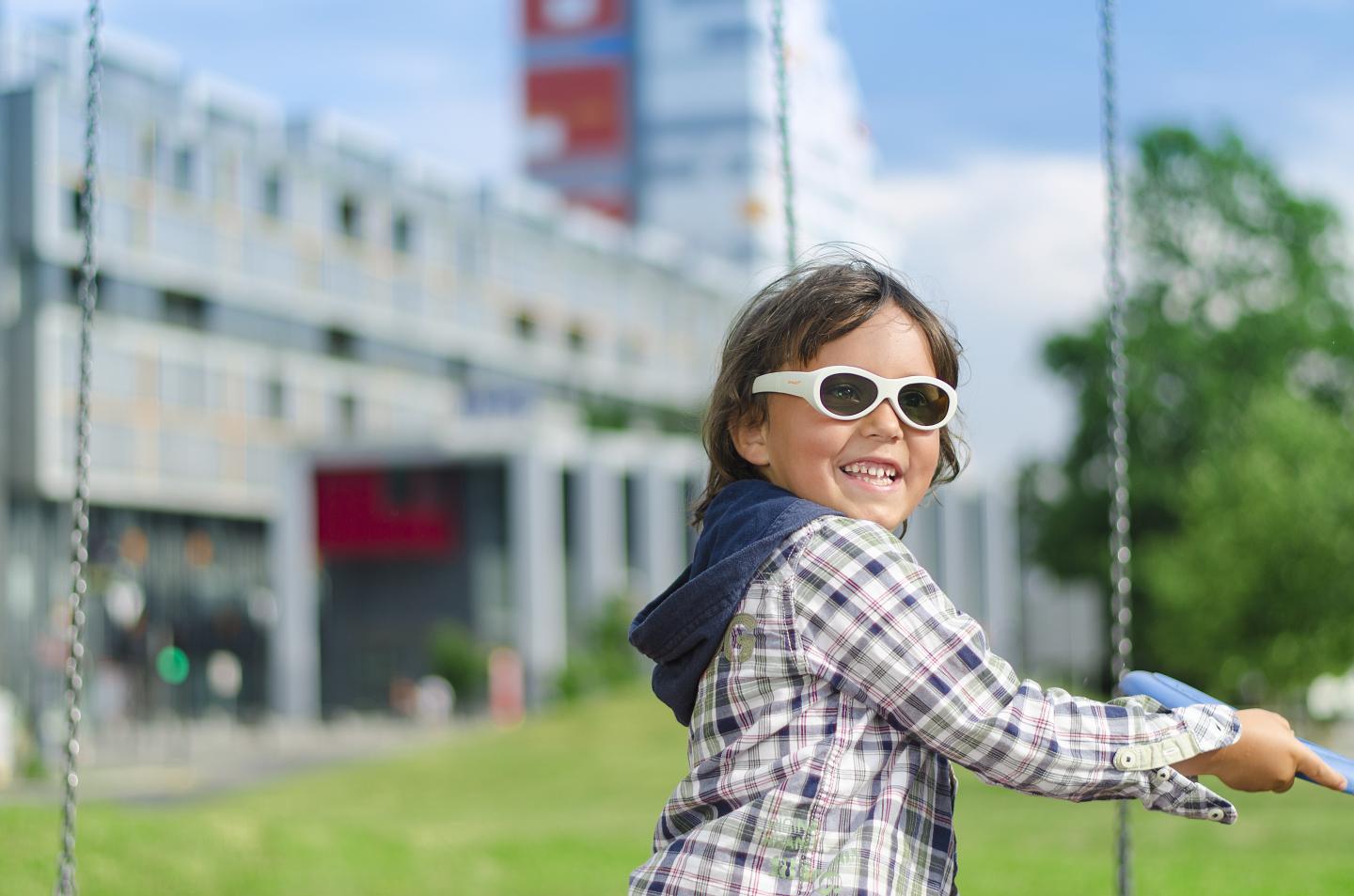 Programmable electronic glasses are showing promise in use with children with lazy eye, alongside the traditional use of eye patches.

The “digital patch” is the first new effective treatment for lazy eye in half a century.

Results from the first U.S. trial of this device will be presented at AAO 2015, the 119th Annual Meeting of the American Academy of Ophthalmology.

Lazy eye, also called amblyopia, remains the most common cause of visual impairment in children.

Amblyopia is poor vision in an eye that did not develop normally during early childhood.

This can occur when one eye is much more nearsighted than the other, or when one eye wanders or strays inward. The child needs to receive treatment by the age of 8 or so while their eyes and brain are still developing, or he or she could become blind in the weaker eye.

Unfortunately, getting kids to comply with lazy eye treatments like eye patches or medicated drops remains a significant challenge for both ophthalmologists and parents alike. A recent study found that 1 in 4 kids feel anxiety before using eye drops. Nearly 15 percent refuse to take eye drops at all. Both drops and eye patches work based on the occlusion method. This blocks vision in the eye with the best sight, forcing the brain to rely on the so-called lazy eye. During the process, vision improves though many children will still need glasses to correct their eyesight.

In comparison, the electronic glasses used in this study combine vision correction and occlusion. The lenses can be filled to fit a child’s vision prescription. Because the lenses are liquid crystal display (LCD), they can also be programmed to turn opaque, occluding vision in the left or right eye for different time intervals, acting like a digital patch that flickers on and off.

Researchers at the Glick Eye Institute at Indiana University recently tested the effectiveness of occlusion glasses compared to patching in a randomized clinical study.

They recruited 33 subjects with lazy eye between age three and eight who wore spectacles to correct their vision.

One group wore an adhesive patch for two hours daily. The other wore Amblyz™ occlusion glasses for four hours daily. In the study, the lens over the eye with better vision switched from clear to opaque every 30 seconds. After three months, both groups of children showed the same amount of improvement in the lazy eye, gaining two lines on a reading chart.

“When you talk to adults who underwent childhood treatment for amblyopia, they will tell you that wearing a patch was the worst thing ever,” said Daniel Neely, M.D., a pediatric ophthalmology professor at Indiana University who led the study. “With these electronic occlusion glasses, the child learns that the lens will be clear again in just a few seconds so they may be more cooperative with the treatment. For parents who have struggled with drops and patching, this could be a great alternative.”

The U.S. Food and Drug Administration has approved the Amblyz occlusion glasses as a medical device.

A Randomized Trial of Amblyz Liquid Crystal Occlusion Glasses vs. Traditional Patching for Treatment of Moderate Unilateral Amblyopia in Children (PO169) was presented at AAO 2015, the 119th annual meeting of the American Academy of Ophthalmology. The event runs Nov. 13-17 at the Sands Expo/Venetian in Las Vegas.

Known as the place “Where all of Ophthalmology Meets,”™ the Academy’s annual meeting is the largest ophthalmology conference in the world.

About the American Academy of Ophthalmology

The American Academy of Ophthalmology, headquartered in San Francisco, is the world’s largest association of eye physicians and surgeons, serving more than 32,000 members worldwide.

The Academy’s mission is to advance the lifelong learning and professional interests of ophthalmologists to ensure that the public can obtain the best possible eye care. For more information, visit http://www.aao.org.

The Academy is also a leading provider of eye care information to the public. The Academy’s EyeSmart® program educates the public about the importance of eye health and empowers them to preserve healthy vision.

EyeSmart provides the most trusted and medically accurate information about eye diseases, conditions and injuries. OjosSanos™ is the Spanish-language version of the program.