Shades Above The Rest 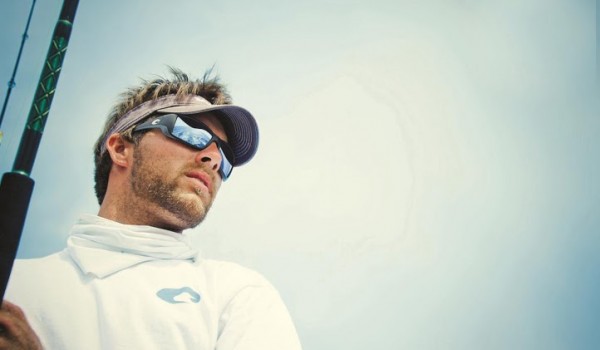 It’s the exciting time of year when eyewear companies traditionally release their newest lines and models of shades ahead of the fast-approaching summer season.

In a lot of ways, product launches for sunnies are as sure a sign of spring as robins, budding trees and daylight savings time.

This spring, there is no shortage of new sunglasses hitting the market for men, women and children.

And while it’s difficult to single out only a few trends in sunwear for 2016 – since there are so many different styles to match a plethora of personalities – most eyewear companies agree that consumers are not only interested in the look of the shades but how well they feel and function as well.

“We’ve found that our consumers not only love lighter frames because of the easy fit and comfortability, but lighter frames are also more visually appealing and tend to add more flair and character. They also reveal the texture of the materials more, giving it character and dimension,” he says.

Among the hottest new models is the new Converse B020, which REM says represents the “next level in design aesthetics.”

The sunglasses, available in matte blue, black or tortoise, are crafted from acetate and boast a round shape with a bevelled high nose bridge.

Pierre Bessez, general manager of Marchon Canada, says versatile designs as well as products that offer optimum optical clarity and increased coverage are among the trends in sunwear.

Marchon has launched new styles of sunglasses for 2016 under several of its brands, including Nike, Lacoste, Chloe and MCM.

The latest Lacoste frames hit on several of the trends mentioned by Bessez.

Several of the new women’s shades by MCM feature oversized silhouettes, including the diamond-decorated cat-eye Berlin model and the completely acetate round Munich model.

Linda Mulford-Hum, director of product development at Centennial Optical, says along with style, consumers are looking for unique, well-made and well-designed sunglasses.

“They are drawn to cause-based products, highest-quality lenses and fresh brands that not everyone else is wearing,” she says.

Earlier this year, Toronto-based Centennial became the Canadian distributor of Costa sunglasses, which Centennial says is the fastest-growing sport performance sunglass brand on the planet.

Mulford-Hum says the company is extremely excited about adding to its portfolio products by Costa, which builds top-performing sunglasses for anglers.

Centennial is also a distributor for Bollé, Serengeti and Revo shades.

Also new this year in sunglasses, WestGroupe has launched FYSH UK sunwear, a collection of shades for women.

WestGroupe says the 24-piece, eight-model collection, called Links, was inspired by the delicate and intricate links in a chain necklace. The main design feature is a silver metal inlay that is either wrapped around the edge of the frame or embedded into the front.

“We are very excited about the launch of our first FYSH UK sun collection,” says Beverly Suliteanu, vice-president of product development at WestGroupe. “Although the ladies sunglass market is extremely competitive, I feel we have created a collection that is unique, fun, sexy and, most importantly, easy to wear.

“The color palette has stayed true to the brand with gorgeous rainbow hues for those looking for colour, while interesting design details make these sunglasses uniquely FYSH.”

The spring/summer 2016 collection by the Italian eyewear brand Blackfin includes several shades with a retro-glam look.

The Weston BF760, for example, which Blackfin calls one of the stars of its 2016 advertising campaign, features a double bridge, slender temples, flat and rounded lenses for “an ’80s look in a modern key.”

The new ultra-lightweight Brunswick BF761, meanwhile, was inspired by the classic aviator shape.

Luxottica has also added new styles to its some of its brands that were inspired by days gone by, including the new Ray-Ban Gatsby, a revamp of an ’80s style with an updated look.

A model has also been added to Ray-Ban’s icon collection, which focuses on historic shapes and classic materials.

The Clubround combines the acetate/metal details of Ray-Ban’s classic Clubmaster with the Ray-Ban Round for a look Luxottica says was inspired by “modern intellectuals and bohemian creatives.”