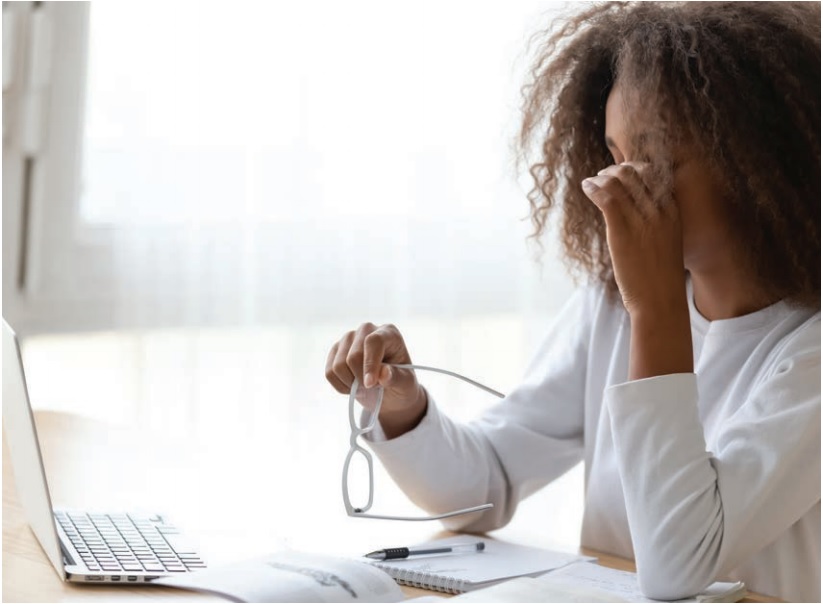 Children and technology are practically inseparable these days.

However, digital screens have long been a concern in the eye care industry, due to the potentially damaging effects of blue light exposure.

And now, a new study has linked excessive screen time with developmental delays in young children.

“Screens have become a significant concern for parents, so we wanted to find out whether or not too much screen time was impacting children’s developmental trajectories,” says Dr. Sheri Madigan, assistant professor in the Department of Psychology at the University of Calgary and the study’s lead author.

“We were particularly interested in the long-term impact of screens, which is why we followed children from ages two to five over time and repeatedly assessed both screen time use and children’s developmental outcomes.”

The study, published in the medical journal JAMA Pediatrics, examined the association between screen time and early childhood development in 2,500 Alberta homes between 2011 and 2016.

Families were asked to report on the number of hours their children spent in front of screen-based devices.

“We were surprised by a few findings,” says Dr. Madigan. “One was that, on average, the children in our study were viewing screens two to three hours per day or about 20 to 25 per cent of their waking hours.”

The study revealed that preschoolers who get too much screen time on video games, internet-connected devices and television screens show delays and deficits in learning by the time they begin school.

“Many children are exceeding the recommended screen time guidelines put out by the American Association of Pediatrics,” says Dr. Madigan. “Our study shows that when screen time is used in excess, it can delay children’s achievement of critical developmental milestones.”

While the study did not examine vision-related issues specifically, it did show an association between excessive screen time and negative physical, behavioral and cognitive outcomes for the children tested.

Those who had excessive screen time were failing to meet developmental milestones in language and communication, problem-solving and fine and gross motor skills.
The children who were monitored spent, on average, 2.4, 3.6 and 1.6 hours of screen time per day at two, three and five years of age, respectively.

“It is important for health care providers, including eye care professionals, to not only discuss screen time guidelines with families, but to also help devise media plans to ensure that parents and children are engaging in healthy media habits,” Dr. Madigan says.

“We hope that parents can provide mentorship around media use and consider themselves ‘media mentors’ of sorts. One of the best approaches is to make a family device plan, which begins with a conversation around media use in the family.

“Include kids in the conversation and start early. It is far easier to cultivate healthy habits from early life, than to reverse unhealthy habits – though that’s possible too.”