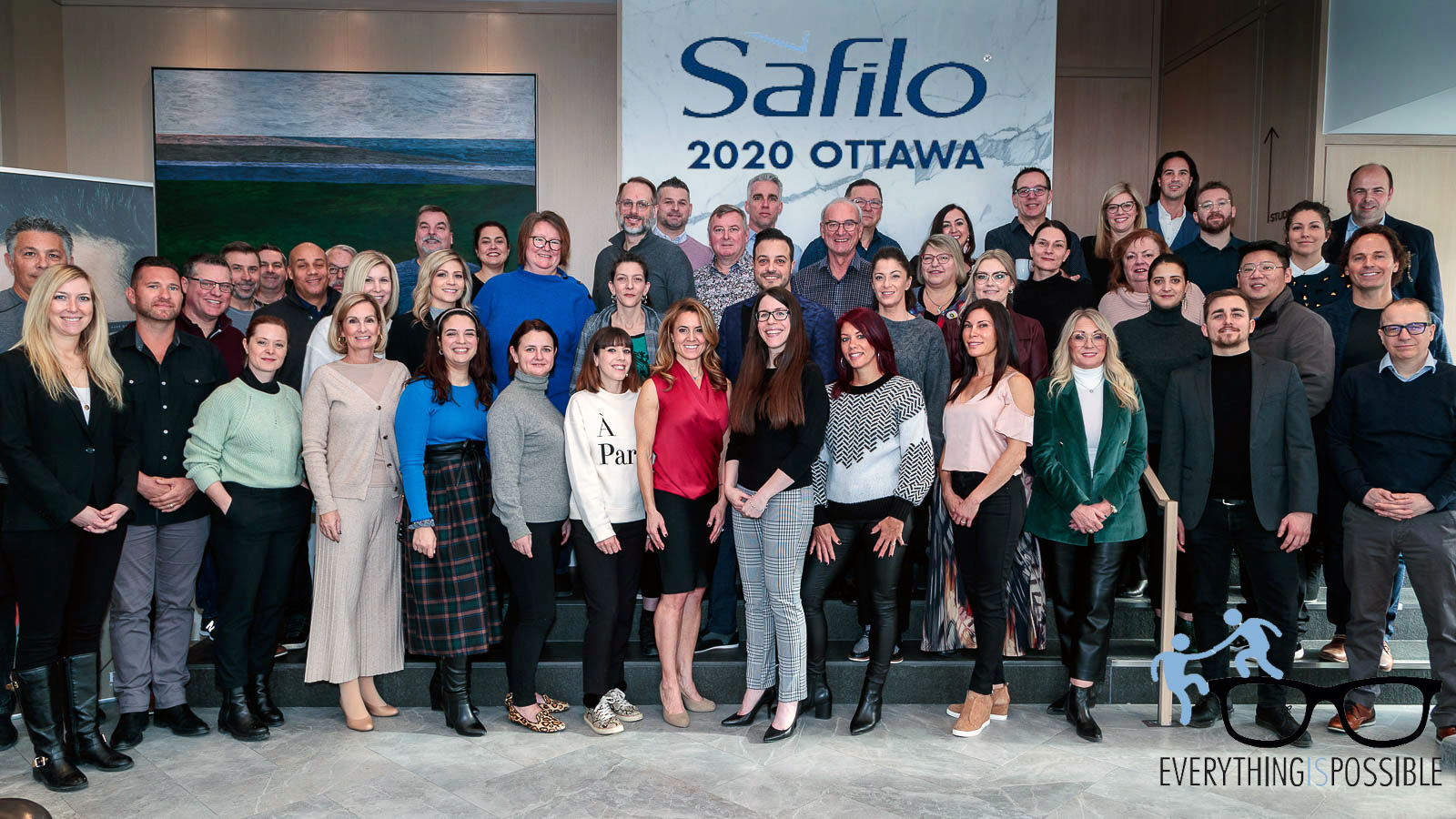 Safilo Canada held its National Sales Meeting from Jan. 22 to 25, 2020, at the Andaz Luxury Hotel in Ottawa, Ontario, Canada, just steps away from the historic Parliament buildings and National Gallery of the nation’s capital.

The event brought together members of the sales force, key accounts, retail chains as well as members of brand management, trade marketing and other commercial team support staff from the company’s Canadian headquarters in Montreal, Que., and North American headquarters located in Secaucus, N.J.

The theme of the high-energy event was “Everything is Possible” with a key focus on the success of its high-performing synergy teams and sales strategy. The meeting kicked off with a celebration reflecting on the Canadian team’s 2019 achievements followed by a look-ahead towards the future where strong commercial plans to build on the Canadian’s subsidiary’s positive momentum were laid out as part of a best-in-class go-to-market sales strategy to better service customers’ needs in a rapidly changing market.

One of the meeting highlights was a highly motivational keynote on the topic of sustaining high performance teams by honoured guest speaker Dr. Kimberley Amirault-Ryan, the first female performance consultant for the New York Rangers, the New York Knicks, the Columbus Blue Jackets and the Edmonton Oilers.

Amirault-Ryan, who has worked at five Olympic Games with the gold medal-winning Women’s Hockey, Cross Country Ski and Speedskating teams, has also served as the lead of sport psychology for the entire Olympic team at the 2010 Vancouver, as well as the 2012 London and 2014 Sochi Olympics, on behalf of the Canadian Olympic Committee.

Her inspirational presentation described the hard work done behind the scenes to attain the highest levels of success in professional sports, which she was able to translate into best practices for the Safilo sales team to unlock their fullest potential for sustained high performance.

Interactive product clinics were held on each of these collections and more.

As part of the four-day event, guests were treated to a cocktail and awards dinner gala honoring top sales achievers. Awards such as Top Synergy Market, Top Growth, Top Rookie and Presidents Club were presented.

“Part of our winning strategy for 2019 was to look at all aspects of our customer interactions and make sure that our value proposition placed our customers and our people at the heart of everything to we do –which was a crucial building block that contributed to the most successful growth year in Safilo Canada history,” remarked Eric Blanchette, SVP, 3O Optical Sales, Safilo North America, who has oversight of Safilo Canada.

“With considerable enhancements at all touch points – from enhanced brand experiences, products that meet the needs of a diverse Canadian consumer, more inviting and inclusive show presence at trade shows to our new state-of-the-art distribution center in Denver along with further besting of our enhanced on-time delivery rates – we know that can execute effectively as cohesive synergy markets that function at a very high level to deliver the best customer experience and value. Finding and delivering on the best solutions for our customers is key to our continued and future shared success,” added Blanchette.