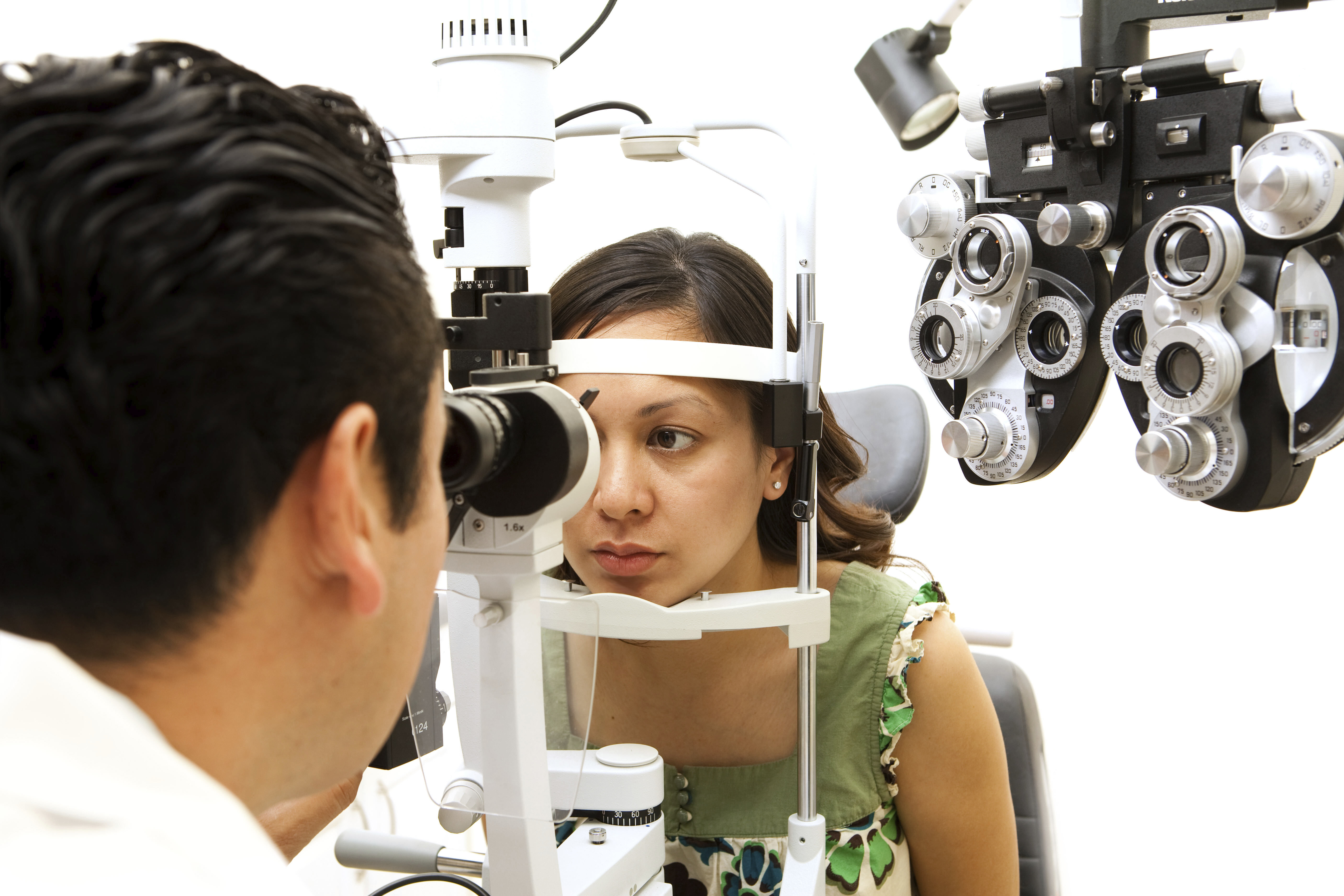 The Ontario eye care industry is fighting back against recent and proposed cuts to eye care services across the province.
The Ontario Ministry of Health and Long-term Care has proposed cuts in the areas of diagnostic and treatment technology which eye care providers believe will leave a shortage of practitioners in these highly specialized areas.
The industry believes the safety of patients will also be compromised as wait times will increase and access to coverage for things such as anaesthesia will be reduced.
The province projects an annual savings of $338 million through the cuts to fees and services. “Many surgeons are not going to do surgery if the patient is not going to get anesthetic,” says Dr. Navdeep Nijhawan of the Eye Physicians and Surgeons of Ontario who has been outspoken critic of the proposed cuts. “The fees are going to be reduced so much, hospitals won’t be able to support surgery.”
He said the industry has already made voluntary cuts to fees over the past three years by 16 per cent.
Further cuts, he says, will leave patients without services and potentially sight saving diagnostic tests and treatments.
Among these is the Optical Coherence Tomography Test used to identify glaucoma, diabetic
retinopathy and other diseases which may cause blinding in the eyes.
“We already reduced the fee by 10 per cent,” said Nijhawan. “The government wants to reduce the fee to where we can’t cover the cost of the test.”
The original fee for the test was $70, which the industry reduced to $63. The government now wants to drop this fee to $25.
Nijhawan says many in the industry will simply no longer purchase the equipment needed to perform procedures because they will never make their money back.
“They are not going to buy a machine for $90,000 which means we are going to be having long waiting times.”
People suffering with macular degeneration are among those Nijhawan foresees suffering the greatest from the reduction in fees. The disease requires regular testing to monitor the level of degeneration. With access to fewer testing sites suffers will have to undergo more regular injections in the eye as the disease is allowed to progress faster and go untreated longer.
The Ontario Health Minister Deb Matthews has stated that she does not believe the cuts will impact patients, noting they are freezing OHIP billing across the board at $11 billion similar to measures taken in 2011.
“My commitment to Ontarions to provide the best health care possible is unwavering, even during these tough economic times,” Matthews said in a written statement to Optical Prism. “That is why we are increasing healthcare funding $1 billion this year compared to last year.”
In the statement, Matthews noted the average ophthalmologist bills the province $666,000 annually, a 60 per cent increase since 2003. She added medical technology and evidence-based care is evolving, which means doctors can see more patients, perform more procedures in less time and with better results than in the past.
“I want to assure Ontarians that none of the fee changes we’ve made will affect patient care,” she said. “The changes made to a select number of OHIP fees bring them into line with current medical practices and new technologies.
Where opthalmology is concerned, new technology has reduced the cost to perform the diagnosis and shortened the time it takes to conduct certain procedures.”
Matthews credited ophthalmologists with their ability to reduce wait times and act as partners in healthcare. She noted the province has increased doctor compensation by 85 per cent since 2003.
“We will protect our investment in doctors, but now is the time to make new investments in home and community care, not on increasing compensation for doctors,” she said.
Those in the industry however, feel taking a knife to service fees will not solve the problem and will put a greater burden on the system.
“In northern areas it will be even worse,” he said, noting places in northern Ontario often require air transport for treatment and diagnostic tests. “As time goes on it will be harder to provide care.”
Nijhawan believes rural communities in particular will have to send their patients further and further away for diagnostic care. He says many patients are not in sound enough health to make the long journey and may forgo getting the treatment they need because of lack of access to a vehicle to get them there.
Nijhawan is also concerned that new doctors will be reluctant to practice in Ontario causing additional wait times and sub- optimal care.
He encourages members of the eye care community to contact their MPP to learn more and share their concerns about the proposed changes to care.
*Additional information about this issue can be found on the Eye Physicians and Surgeons of Ontario website at www.epso.ca or the Ministry of Health and Longterm Care website at www.health.gov.on.ca