Proposed combination of Essilor and Luxottica 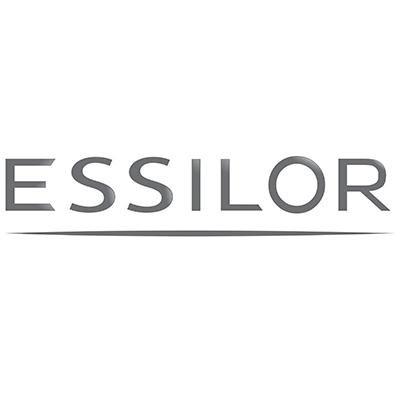 Having obtained the favorable opinions of the employee representative bodies on the proposed combination with Luxottica announced on January 16, 2017, and with the overwhelming support of Valoptec Association, an organization that brings together most of Essilor’s employee shareholders (accounting for approximately 8% of the share capital), Essilor International has taken another step towards the finalization of the transaction.
As such, at its meeting of March 22, 2017, the Board of Directors of Essilor International approved:

1. The signing of the draft contribution agreements relating to:
 the transfer by Essilor International of substantially all of its activities and shareholdings to its fullyowned subsidiary, Delamare Sovra, to be renamed Essilor International;
 the contribution by Delfin of all its shares in Luxottica (62.55%) in exchange for new shares issued by Essilor, based on an exchange ratio of 0.461 Essilor share for one Luxottica share.
BNP Paribas conducted an appraisal of this contribution and issued a fairness opinion.

2. The filing and registration with the Autorité des Marchés Financiers, by April 10, 2017 at the latest, of the information document (Document E) describing the rationale for the transaction as well as the main principles of the Combination Agreement, namely: the creation of a global integrated player via the combination of two complementary players, as part of a partnership approach based on an equal structuring between the two parties. In accordance with what was announced on January 16, 2017, Essilor, the acquirer of the Luxottica shares and to be renamed EssilorLuxottica, will be listed on Euronext Paris and
will retain its registered office in France. The management structures and teams – in particular financial – of the new combined entity will be based in France.

3. Draft resolutions relating to the proposed combination of Essilor International and Luxottica to be submitted for the approval of the General Shareholders’ Meeting of May 11, 2017 and in particular the names of the directors who would, subject to shareholder approval, sit on the Board of Directors of EssilorLuxottica as of the closing date of the Luxottica share contribution, namely:
 Eight members appointed by Delfin:
– Leonardo Del VECCHIO, Executive Chairman and CEO of EssilorLuxottica;
– Three directors representative of Delfin: Romolo BARDIN, Giovanni GIALLOMBARDO and
Francesco MILLERI;
– Four additional directors: Rafaella MAZZOLI, Gianni MION, Lucia MORSELLI and Cristina
SCOCCHIA.
 Eight members appointed by Essilor Interational:
– Hubert SAGNIÈRES, Executive Vice-Chairman and Deputy CEO of EssilorLuxottica;
– Juliette FAVRE, Employee Shareholder Representative and Chairman of Valoptec Association;
– Four directors from the current Board of Directors of Essilor: Henrietta FORE, Bernard HOURS, Annette MESSEMER and Olivier PÉCOUX;
– Two directors representing employees who will be appointed by the Works Council by the end of October 2017.

4. Changes to Essilor International’s governance at the close of the General Shareholders’ Meeting of May 11, 2017 (subject to Shareholders’ approval) with the appointments of:
 Jeannette WONG, a DBS Group Executive, appointed on a provisional basis to the Board of Directors of Essilor International as from March 22, 2017, with her appointment to be submitted for ratification by the General Shareholders’ Meeting, to replace Benoît BAZIN who expressed his wish to have his term of office as Director terminated. The Board of Directors would like to thank him for his significant contribution over the past 8 years;
 Laurent VACHEROT, President and Chief Operating Officer of Essilor since December 6, 2016.

Subject to shareholder approval, following the General Shareholders’ Meeting of May 11, 2017 the Board of Directors of Essilor International will consist of the following members:

Next steps:
Essilor International will hold two Shareholders’ Meetings (Special Meeting of holders of shares with double voting rights attached and Combined General Shareholders’ Meeting) on May 11, 2017.
In addition, discussions concerning the notification process of the transaction to anti-trust authorities are progressing.