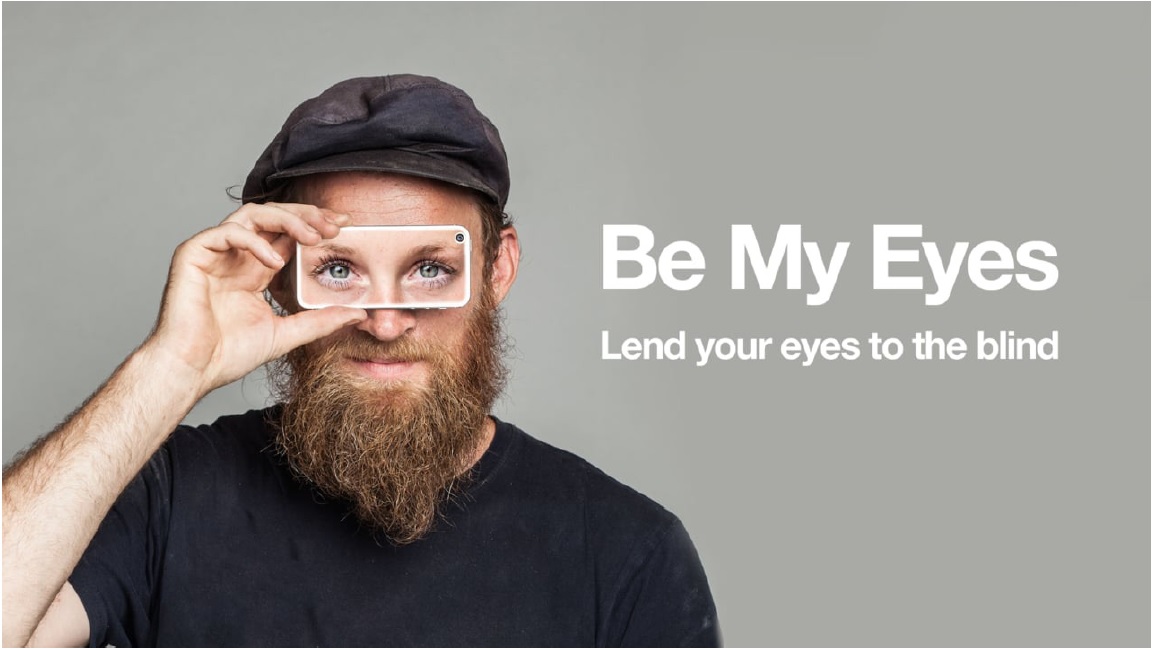 Smartphone technology gives people the ability to “try on” frames, receive visual assistance and find out more about digital eye strain right at their fingertips.
Several apps for iphones and Android devices are available to help out both ECPs and their patients.
Here are just a few of the newest apps on the market today. 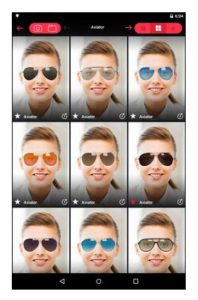 GLASSIFY
Consider Glassify as a research tool that can be used before visiting an ECP.
The app allows people to try on hundreds of styles of frames and glasses so they know which shapes, models and colours look best on their face.
Glassify uses face-detection technology and augmented reality to virtually overlay different eye glasses and sunglasses on the face. By using a phone’s camera and face detection and recognition algorithm, Glassify identifies the facial landmarks and overlays the frames on the person’s face.

BE MY EYES
Be My Eyes is a free app that connects blind or visually impaired people with sighted volunteers.
Users can request help from a sighted volunteer, who will receive a notification. As soon as a sighted volunteer accepts the request, a live audio-video connection is established between the two people. The average pick-up time for a helper is 30 seconds across 182 languages.
The blind or visually impaired user can get help with anything, from knowing the expiry date on milk to making sure their clothes match. 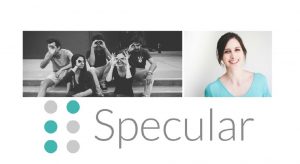 BeSpecular is another app that matches sighted volunteers with visually impaired users.
The visually impaired person takes a photo of what he or she needs help with and attaches a voice message, which is sent to a community of volunteers.
Within minutes, the user receives a reply and then rates the helpfulness of the volunteer.

VE MONEY READER
VE Money Reader, developed by Virtual Eye, is a free and offline money-recognizing app for the blind and visually impaired.
Released earlier this year, it allows the user to point their device’s camera to the currency note. The app will automatically detect the note and provide audio feedback to the user.
The app recognizes the currency of several countries, including Canada.

CNIB
iSimulator is an iPhone app developed by the Canadian National Institute for the Blind to provide users with a way of experiencing vision problems through four eye diseases: cataracts, diabetic retinopathy, glaucoma and age-related macular degeneration​.
The app allows users to experience the world through the eyes of people experiencing eye diseases. It uses the device’s camera and applies the vision filter for each eye disease on top of it. A control is provided to adjust the intensity of the selected eye disease.
The CNIB says the intention for developing the app was to allow users to develop a deeper understanding about the four eye diseases. 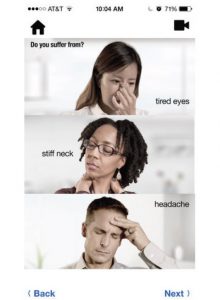 ZEISS
The ZEISS Digital Eye Strain Test is an app that allows users to find out how well their eyes are geared to the challenges of modern life.
Developed by ZEISS, the app switches the user’s focus from a smartphone to a distance of 20 feet and vice-versa in order to precisely measure the strain on the eyes.