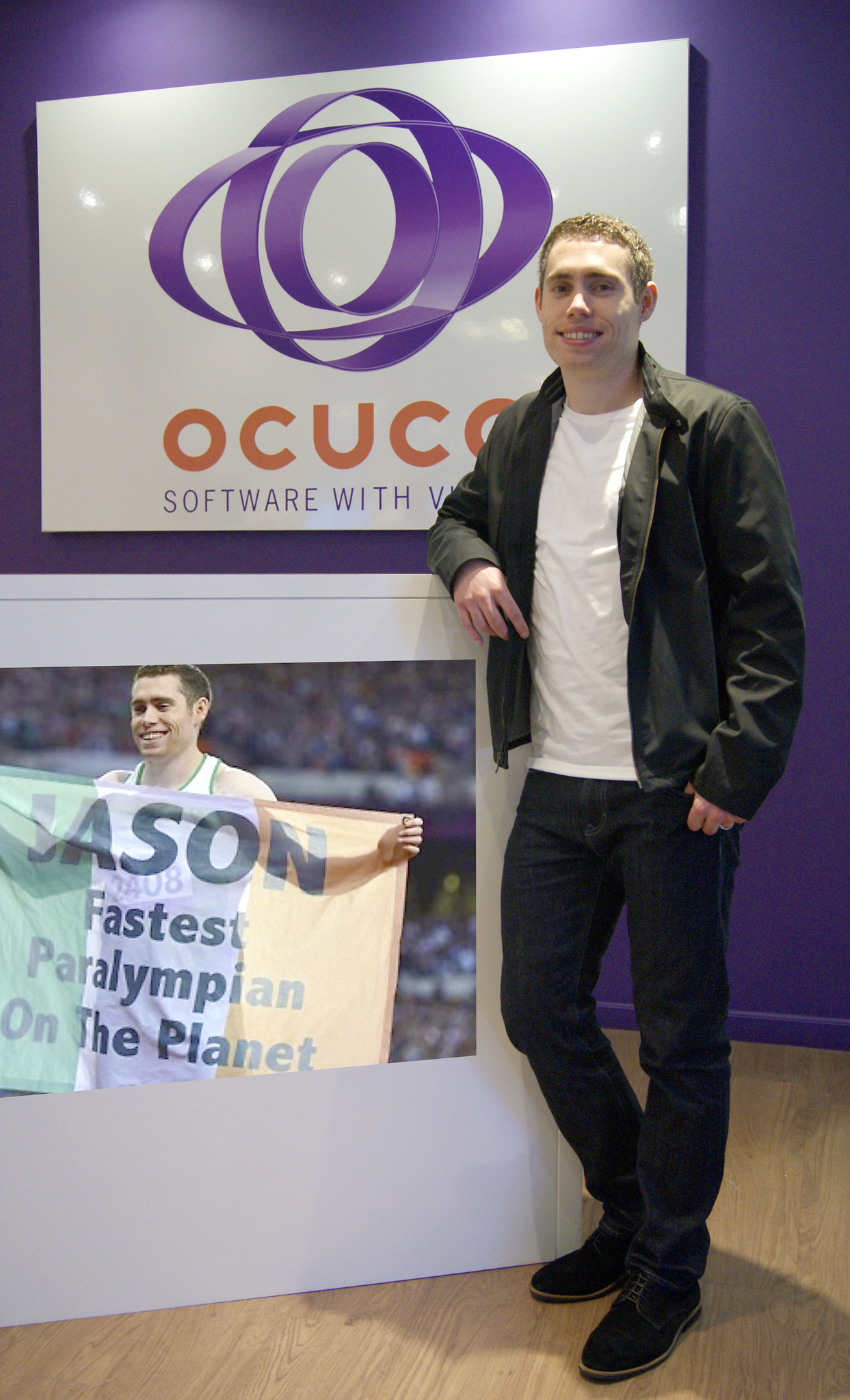 Ocuco are proud sponsors of Jason Smyth in his challenge to defend his title in the 100m race at the 2016 Paralympics in Rio this month.

The Irish man, crowned the ‘The Fastest Paralympian on the Planet’ tops the world rankings for the T13 category of the 100m and believes he can go even faster.

Jason lost his vision when he was eight years old due to an inherited condition called Stargardt Disease, which causes severe macular degeneration.

Alice Austin, Ocuco Sales and Marketing Director, says ‘Jason is an inspiration to us all and we look forward to welcoming him home with, hopefully, another gold medal’.

We wish Jason the best of luck on September 9th in Rio.

Founded in Dublin in 1993 by now Group CEO Leo Mac Canna, Ocuco is a pioneer of software solutions for optical retail. The company was launched internationally in 1999 and is today one of the most influential global players in the optical software market.