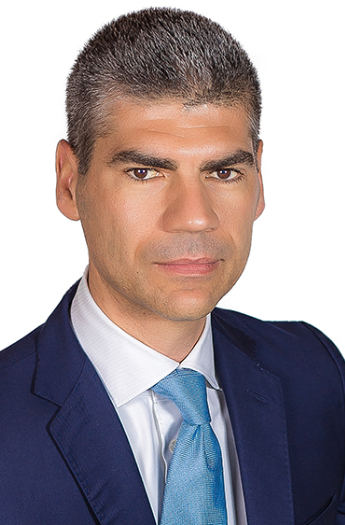 Rancho Cordova, Calif. (May 25, 2016) – VSP Global® announces the appointment of Nicola Zotta as President of Marchon® Eyewear effective June 1, 2016, following the retirement of Claudio Gottardi, who has held the position since February of 2009. Zotta has been with Marchon since 2009 and currently is in the role of Managing Director of EMEA and APAC.
“After seven successful and very fulfilling years with Marchon Eyewear and VSP Global, and almost 30 years in the eyewear industry, I have decided to spend more time on the two passions in my life – the arts and my family,” said Gottardi. “My decision to retire from my full time executive role at Marchon comes after a thoroughly outlined succession plan that we set into place well over a year ago.”
“We are confident Marchon is in good hands with Nicola at the helm,” said VSP Global CEO Jim McGrann. “His expertise in go-to-market strategies, product, and supply chain that have allowed Marchon to grow significantly in Europe and Asia, will be further utilized in his new role.”

“Claudio has had a tremendous influence on my entire career, in particular these last seven years with Marchon,” shared Nicola Zotta. “As such, I feel well prepared to assume my new responsibilities and look forward to pursuing the pattern of profitable growth that he started.”

“The company thanks Claudio for his service, which has included strengthening Marchon’s position as one of the world’s largest manufacturers and distributors of premium eyewear and sunwear,” said McGrann. “We wish Claudio great success as he heads into retirement.”

Prior to joining Marchon, Zotta worked at Safilo Group for almost 15 years. His responsibilities within the company included sales and commercial roles in France, Spain, Portugal and Benelux; his last assignment was Group Vice President of Marketing and Licensing.

Born in Italy, Zotta graduated from Trento University with a Bachelor’s Degree in Economics and Business and received his MBA from ESSEC Business School in Paris, where he lived for 10 years. Zotta is multilingual, with proficiency in Italian, English, French and Spanish.

Zotta is married with two children and splits his residency between Amsterdam and Padua, Italy. Nicola and his family will eventually relocate to New York.