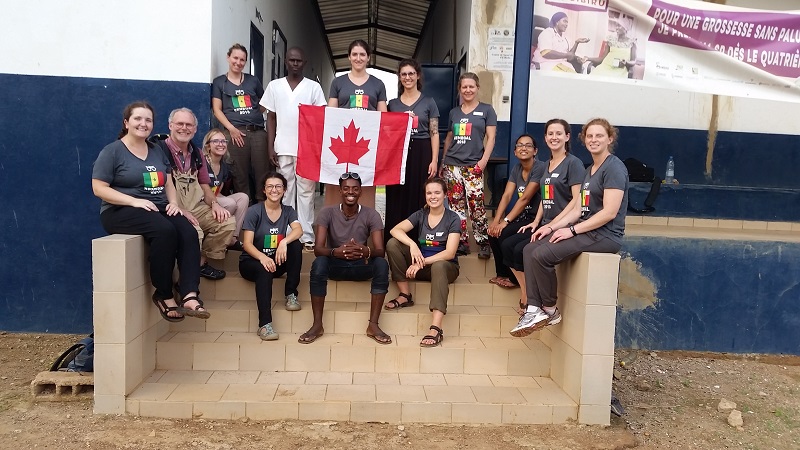 “A difficult part of the trip was explaining to those patients that we could not help them to see better,” says Jackson, 25. “We had this conversation with far more people than we had hoped for, and saw many cases of trauma and end-stage infection.”

Jackson is part of the university’s Volunteer Optometric Services to Humanity student chapter, which works to provide primary eye care to people around the world without access.

A group of nine students from the university’s optometry program, including two supervising ODs, an optician and a layperson, travelled to Kedougou.

“I remember a particularly heavy day where a very unhappy looking young boy came to my ocular health station. I could not figure out why he seemed to be in such discomfort,” says Jackson.

“After doing a few extra tests, I found that he was in the active stages of trachoma. We treated and sent him on his way, but I’m glad that I had caught it before hurriedly moving to the next patient waiting in line. Later in the evening, it hit me that if we had not seen that little boy and intervened, he would have been irreversibly blind within the year.”

The group worked closely with the Peace Corps to organize clinic space and meetings with local health care authorities. Working with the local health care system was extremely important in order to leave a lasting impact on the communities, she says.

Clinic services were offered at the health post in Bandafassi for three days before the group travelled four hours to Ethiolo for another three days of clinic. 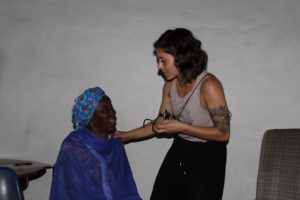 “We saw 750 patients in that time and referred 46 of them for cataract surgery. Each surgery costs roughly $120 Canadian. We decided to pay for these exams with money raised by our team earlier in the year. This way, we were able to support the ophthalmic section of the Kedougou hospital,” she says.

Jackson says the mission gave her insight into the importance of ensuring such trips are sustainable.

“While travelling to different countries and providing services that are not currently available is great, we need to ask ourselves why we are doing it?” she explains.

“If the answer is to simply feel good about ourselves, that isn’t enough. I would encourage everyone to consider the dangers of falling into the realm of ‘voluntourism’, and to push themselves to be involved in a way that is more sustainable.

“Is it worth paying the fees to import boxes and boxes of donated glasses just to give someone a partially correct refractive error correction? Would it be better to pay a local lab to edge lenses instead, thereby supporting jobs in the area? These are the kinds of difficult questions I face.”