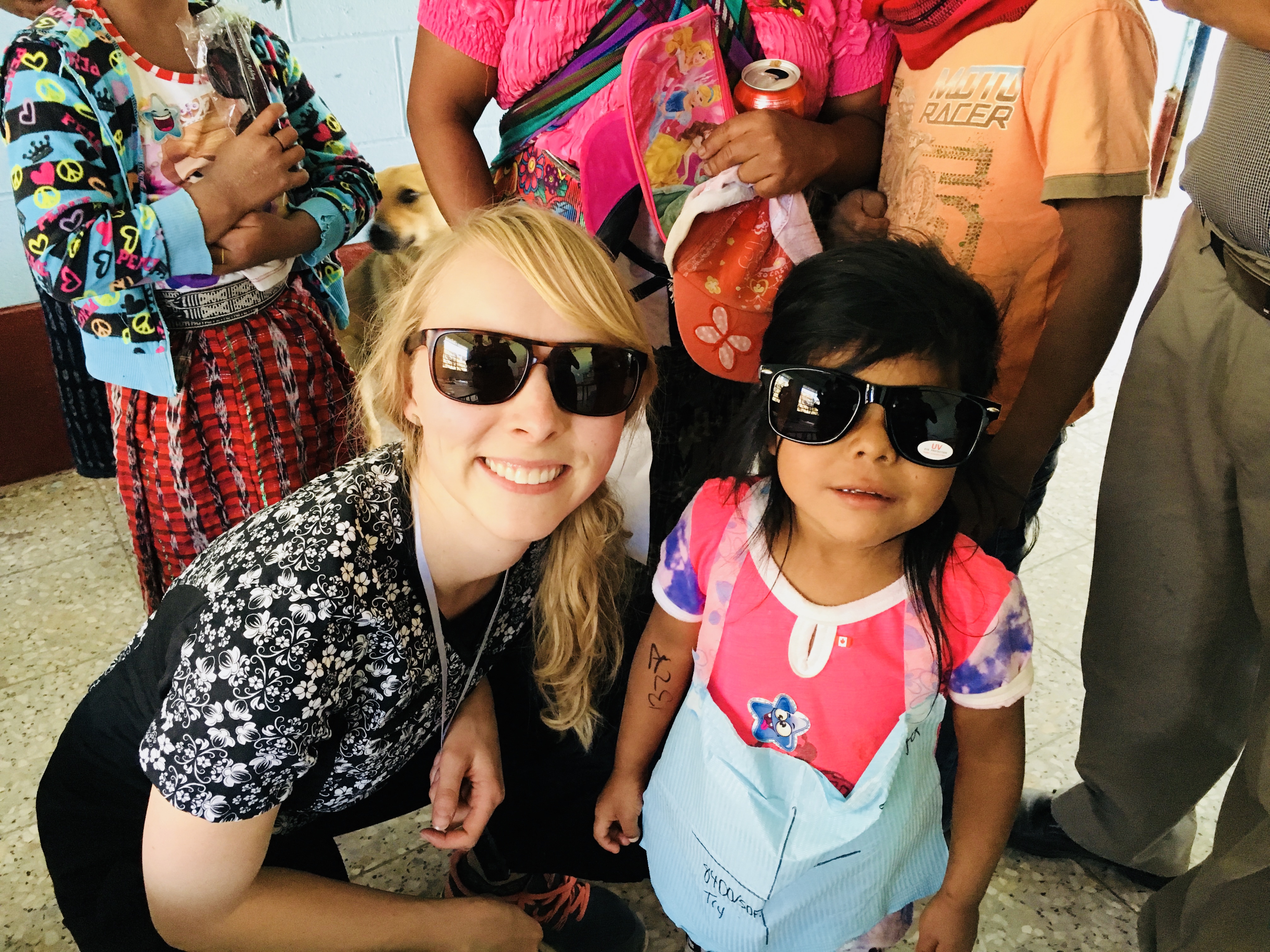 Many children and their families in Guatemala are seeing better thanks to a Canadian optometrist.

“We had a man carry his 90-year-old father on his back across the valley to see us because they didn’t know when the next time someone would come in to provide services,” says Dr. Rebecca Kolbenson, an optometrist from Golden, B.C.

Kolbenson along with her dentist husband, Dr. Shane Van Biezen, travelled on a 10-day brigade to Guatemala in February with the Edmonton-based organization Change For Children.

“We did four days of clinic in the surrounding area of Comitancillo. Many of these communities have not received any medical care before,” says Kolbenson.

There is an optometrist in Comitancillo but the people in the surrounding communities cannot afford to travel to the city, pay for an eye exam or glasses.

“They don’t have access to any medical services in their communities,” says Kolbenson.
“We had several school-aged children who had been held back or taken out of school because they ‘couldn’t learn.’ They ended up being high myopes and as soon as they were corrected they instantly became more engaged with their surroundings often spending several minutes looking at their parents or guardians, studying their face and pointing things out to them,” says Kolbenson. “Those are the moments that make it all worth it.”

The couple did their last day of clinic in Antigua, at a clinic called CIPECADI (Center for the Inclusion of Persons with Different Capacities) where they saw special needs children and their families.
“This was the most challenging day by far,” says Kolbenson. “When you’re doing an eye exam with a child with special needs you already need to communicate differently and to add the language barrier onto that made things very difficult.”

However, she says they were lucky to have fantastic translators.

“Even though I was frustrated with my ability to communicate with the families and make the kids comfortable there were lots of children we got to help that day including two accommodative esotopes who could be fully corrected on the spot.”

Before leaving on their trip, Kolbenson was busy collecting used glasses from the community to bring along.

“We brought just under a thousand pairs of glasses and around 300 pairs of sunglasses,” says Kolbenson. “We were able to provide glasses on the spot for 90 per cent of the people. The majority of the people we saw were far sighted and just needed something for reading.”

Kolbenson also collects glasses throughout the year and donates them to the local Lions Club.

Change for Children and their partner on the ground AMMID (Association Maya-Mam for Research and Development) did a study in January to determine which communities were in need of eyecare services.

The more difficult prescriptions are being made by the optometrist in Comitancillo and will be delivered to the community by AMMID staff. All the lenses, frames, and delivery costs are covered by a Rotary grant.

“We saw a lot of ocular disease the most common of course were cataracts,” says Kolbenson. “We arranged transportation for these individuals in May to see a surgical team from the U.S. in Comitancillo so they can have their surgery, transportation, drops at no charge.”

It is important to have someone on the ground that can make sure everyone is well taken care of after they leave, she said.

Kolbenson will likely be joining the Change for Children team again next year.
“They are such a great organization to work with. You always have to be careful that you’re not doing more harm than good when you put yourself in these situations and this is something that is also a priority for Change for Children.”