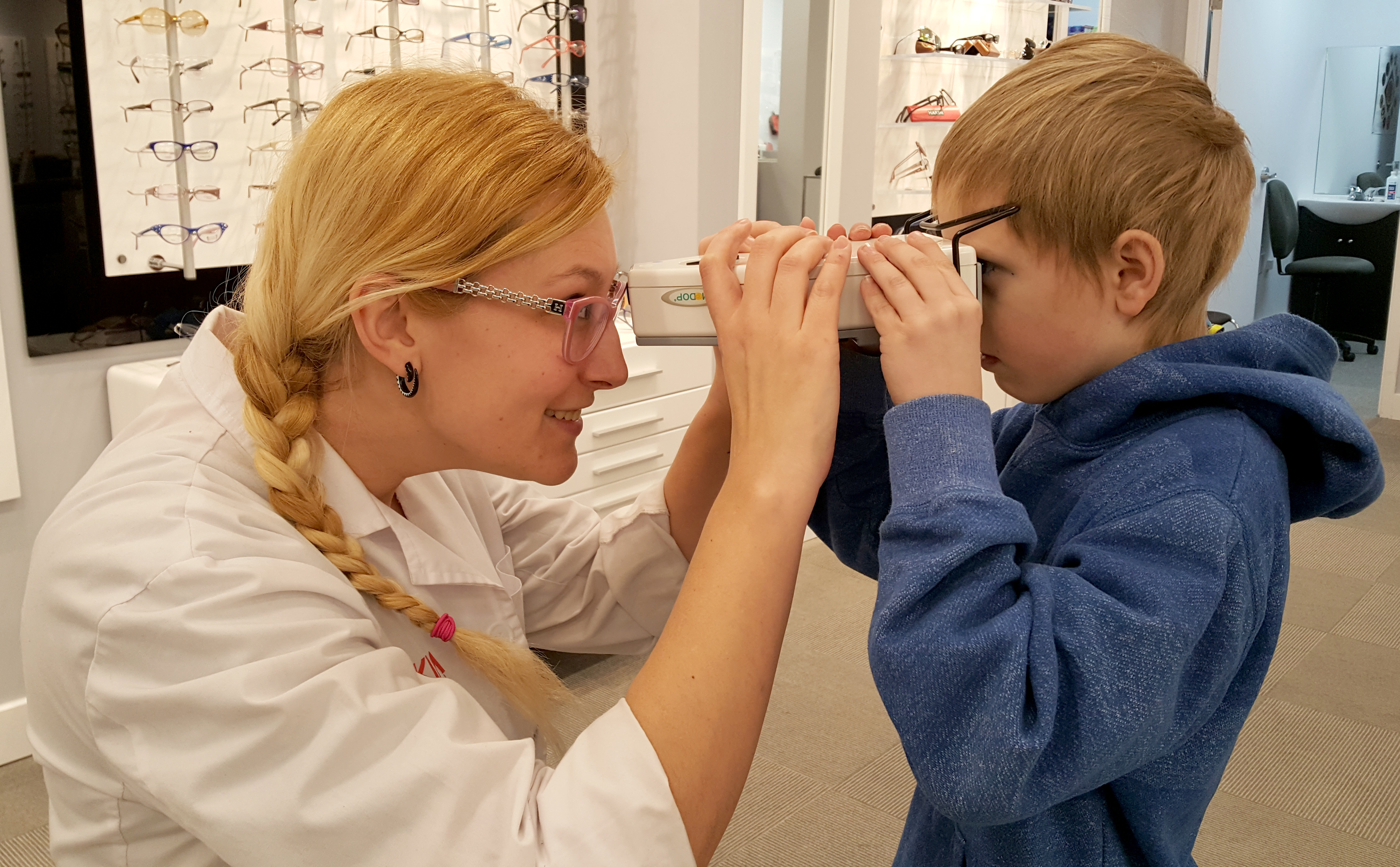 Jennifer Wicks swapped a career in teaching music for opticianry and feels she’s all the better for it.

The 32-year-old mother graduated from Georgian College’s two-year opticianry program in October 2015. She has since been promoted to managing optician at Hakim Optical in Stratford, Ont.

But making the change in career did take some thought.

“I was a little worried about going to school because I was a little older than everyone else, or at least I thought I was,” says Wicks.

When she had her son, she says she needed a bit of a change “because I didn’t want to have to go to work just as he was coming home from school.” 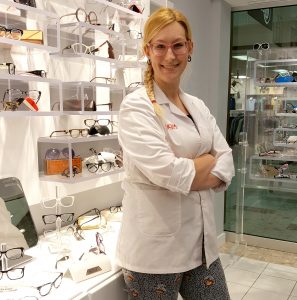 So back to school she went, taking on the four semesters and two co-op terms, which she completed at Hakim Optical in Barrie.

It was at age 21, while working as a telemarketer, that Wicks first heard about the opticianry program from a woman she knew who spoke highly of the program.

Years later, she decided opticianry would be a good fit career-wise.

“I think everyone just needs a willingness to learn, because a lot of it is just straight-forward,” she says of the program. “The math itself isn’t too difficult as long as you apply yourself to it. I was a music teacher and it was a complete change from what I was used to.”

After spending a year and a half as an optician in Barrie, Wicks was recommended to help open a Hakim store in Stratford. She jumped at the opportunity to become a manager.

Wicks says her program prepared her for what was in store as a professional optician right from the beginning.

“Everything they taught me I use every day.” 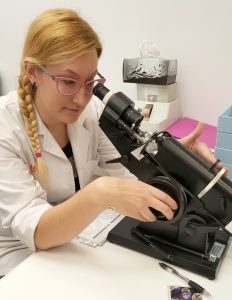 What surprised her most in the time she’s been working as an optician is how much education is needed to teach the public what opticians do and the importance of the work.

“One of the main things people don’t realize is how many options there are when it comes to lenses and the benefits,” Wicks says.

And the constant learning curve, reading up on changes in the optical industry and fashions, she saw how diverse optical specializations are.

She says the tight-knit optical industry is welcoming to newcomers, and says trade shows have been a great opportunity to see cutting-edge technology, new frame designs and meet old (and new) friends.

That welcoming atmosphere has helped Wicks grow in her short time in the business, as the professionals she meets are knowledgeable and willing to help.

“They’re very willing to teach you and help you along the way,” she says. “Even those that I’m not working with anymore, I can call them up and they’re more than willing to help me out with a question or issue.”

What she enjoys most about the business though, is the impact she has and satisfaction she gets when she does her job well. 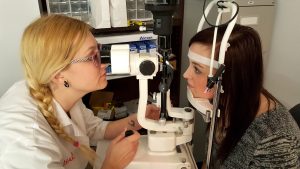 “When people come in and it’s their first pair of glasses, whether they’re an adult or a child, and they put them on and they’re just able to see everything, they find out they really didn’t know what they were missing.”

Down the road Wicks says she’ll continue dabbling into the different aspects of the business to see what she enjoys most, and if she wants to specialize.

For now, focusing on keeping up-to-date with the latest fashions and concurring education is her way of challenging herself in the field.

“I’m always online looking at new styles of frames – but I’m a bit of a nerd that way,” she says. “That’s really the biggest challenge – making sure that you know exactly what the consumer is looking for. You want to give them the best possible service, know what’s coming up and what people are going to be asking for.”

Both personally and professionally, Wicks says she’s happy she became an optician.

“Every person who walks through the door is a new experience,” she says. 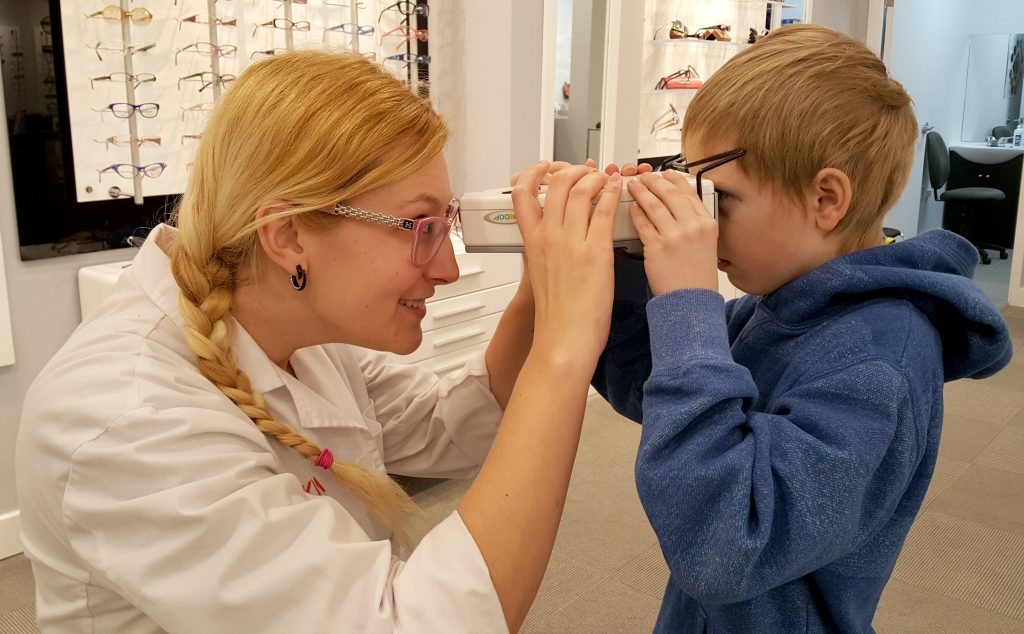