NEXTGEN: Dr. Harmeet Gill and his calling for ophthalmology 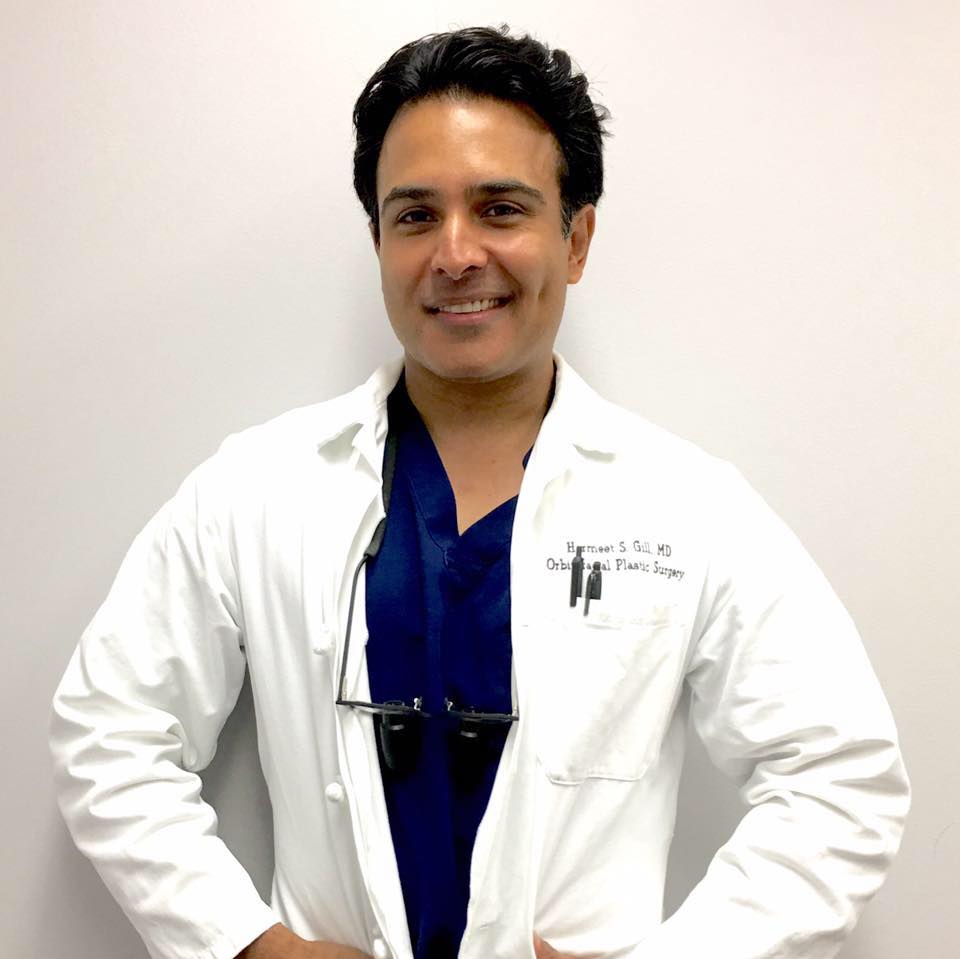 Dr. Harmeet Gill has found balance and satisfaction in assisting both the public and private sectors within the Canadian ophthalmology community.

He has a branching career path where half his time is spent passing along his knowledge as an assistant professor of Ophthalmology at the University of Toronto, while also working part-time at Toronto’s Sunnybrook Hospital. His other career path sees him work as both a functional and cosmetic oculofacial plastic surgeon at his private clinic, the Eye Face Institute.

“Ultimately what I found worked for my practice in the last five or six years was the hybrid model,” he said. “I find that surgeons that have a hybrid practice between function and aesthetics, it’s really good because you need both. If you’re doing just cosmetics it’s not ideal because you learn things when you deal with complex trauma, or cancer reconstruction. And yet if you’re just doing functional and you’re not focused on all the nuances of suturing techniques and looking at how you’re doing your procedure to deliver the best cosmetic result, you’re missing that.”

At his private clinic, Gill works with a head and neck facial plastic surgeon and as an ophthalmologist to offer options that cover that entire area of the face and the eyes. His facility features its own private operating room which, though mostly designed for cosmetic procedures, is equipped to do functional procedures that are impacting the quality of life of patients.

“We absorb the costs associated with it, because you just want to get patients treated,” he says.

Being able to work within a “multiple disciplinary” model for patient care, Gill says he’s able to balance the contributions he can make to helping people on the publicly-funded side of ophthalmology, while also assisting and honing his professional skills for patients who have specific needs or wants at his private clinic.

Gill’s functional surgeries involve operations to excise tumours to ensure they don’t come back and the reconstruction involved with those operations. He says they could be minor, needing only a few stitches, or they could end up as a complex reconstructive surgery where they manage bone involvement or extensive facial soft tissue.

“This could involve multiple surgeries during radiation, in some cases chemotherapy for some sort of malignant cancers like lymphoma, so that’s a big part of the functional practice.”

Gill also understands how some might perceive cosmetic surgery as the “dark side” of medicine, driven by money, but its practical applications have the ability to significantly improve quality of life both on the functional and cosmetic sides.

“But in all honesty I find myself and a lot of very talented cosmetic surgeons get a lot of professional pride when people have high expectations for a very particular result and we can deliver that result,” he says. “That’s sort of what motivates me.”

Gill says one of the more common conditions he comes across, especially with an aging population, is varying forms of skin cancer. With the cancers significantly caused by ultraviolet sun exposure to the area in and around the eye, he stressed the importance of the sun awareness campaign he’s been a part of through with Canadian Ophthalmology Society (COS).

The approval-sticker-designating campaign is intended to educate eyewear manufacturers and have them work with the medical community to arm consumers with the proper protection for the eye as well as a significant portion of the skin area around it. The campaign partnered with the Canadian Dermatology Association (CDA), who worked on a similar successful campaign with different sunscreens, to create a criteria that allows them to now work with eyewear manufacturers in order to establish guidelines on what COS would approve in terms of how much UV and surface area around the eye is blocked.

“One of the things I’m passionate about is managing those types of cancers, because unlike other skin cancers, the ones around the eye can have damaging consequences to your eye itself and the functioning physiology for a healthy eye.”

He also works frequently with age-related changes around the eye, like droopy eyelids, which can impact sight and a patient’s ability to sufficiently open their eyes. The number one culprit of all of these eye area conditions is UV radiation, which causes wrinkles as most subtle damage as the skin is exposed over time.

“If you look at the physiology of what’s happening at a cellular level, essentially you’re creating a lot of chronic changes that can eventually lead to cancer. The different types are basal cell cancer, the most common at 90 per cent, with other variants like melanoma or carcinoma. All of which can damage the skin around the eyes the eyelids, but also the surface of the eye itself.”

“These can become vision threatening or life–threatening if they’re left untreated. But luckily in Canada we’re so vigilant that optometry and opthalmology are partners. If you see something abnormal, you’ll typically be referred pretty quickly. Most of the time you get diagnosed and treated before it becomes much of a problem.”

Gill, born and raised in Toronto, says his initial interest in medicine was internal and for a time he intended to become a cardiologist. But during medical school, a cardiologist told him that one of the best ways to detect a lot of cardiac and vascular diseases is through a solid eye exam.

“She said you can see so much going on, you can see anatomy and physiology through the back of the eyes. You can see nerve problems, if there’s blood vessel problems, if patients aren’t compliant with their diabetic medications… and that it would make you a much better cardiologist if you could do that.”

So his career path changed after taking on an ophthalmology elective where he saw just how focused the professionals in the field are. Gill says ophthalmologists are able to focus more on results than other medical specialities, which often end up managing or co-managing a patient’s medical problems.

“With ophthalmology if you have a problem you really have a clear solution path, whether you’re going to give them a medication, a laser treatment for glaucoma or something, or if you’re going to do surgery on the patient it’s a little more results-oriented. And what you do, you really see the impact immediately, so that really appealed to me.”