NEXTGEN: Building a career in eyewear at Cutler & Gross 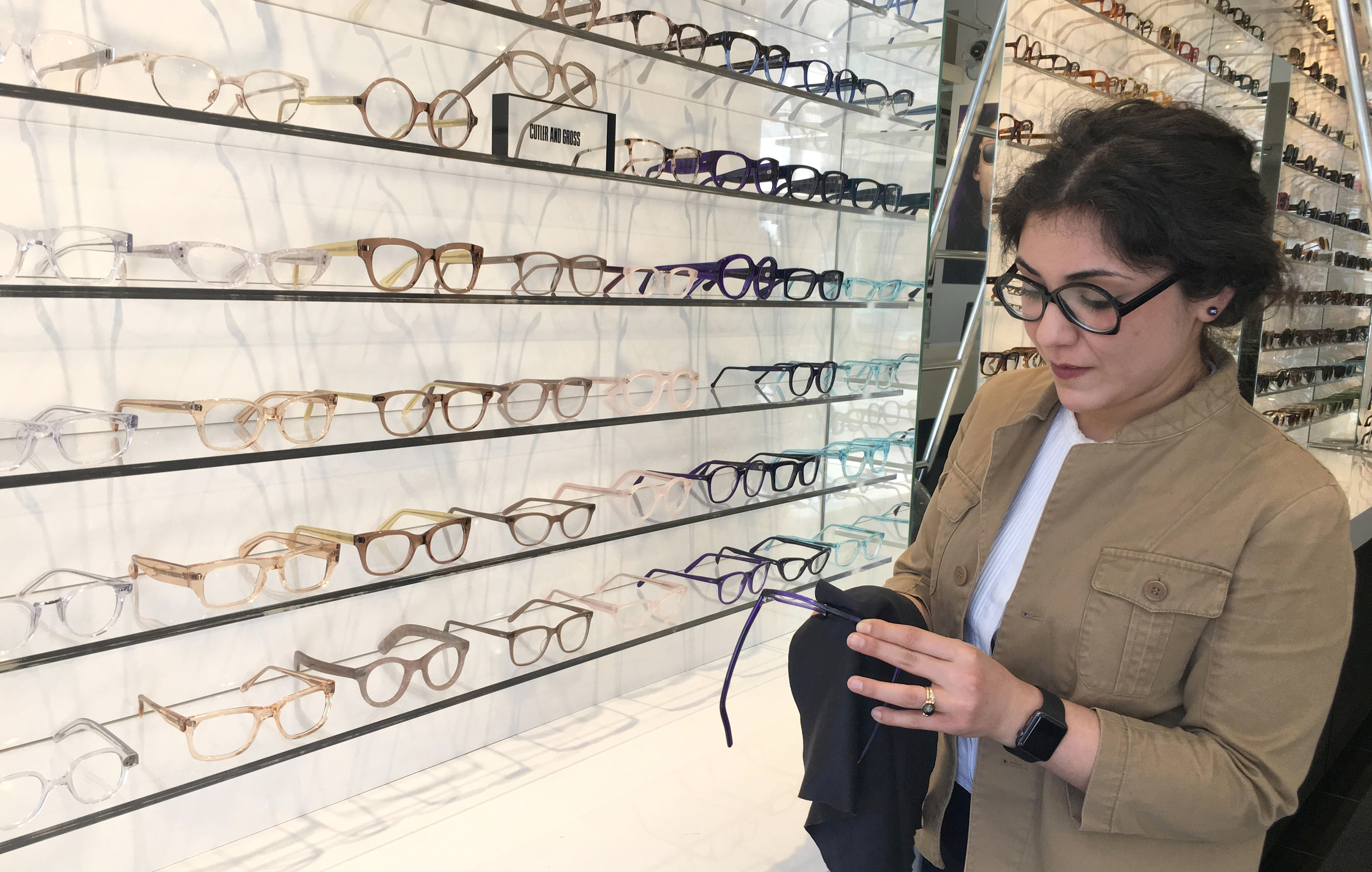 What began as a temp job in 2010 turned into a ground-breaking career for Golta Mohammadi with luxury eyewear company Cutler and Gross.

Mohammadi is responsible for helping to open Canada’s flagship Cutler and Gross location in Toronto, the first outside of the United Kingdom, and assisting with training and launching locations in New York and Los Angeles.

Mohammadi says the company has nurtured her talents and built both her skillset, and in turn, her dedication to the brand. 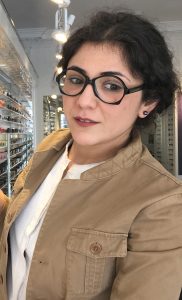 And it all stems from C&G’s focus on handmade design quality and a focus on custom fitting consumers with their styles.

“With Cutler and Gross I’ve had the opportunity to be part of everything from design to fitting to finding the proper lens for long-term use,” says Mohammadi, who is currently the director and Canadian operations manager of C&G Eyewear Canada.

“I’ve definitely developed a lot of optical knowledge and design knowledge in the past seven years.”

Mohammadi, who will finish Seneca College’s two-year opticianry program in 2017 as part of her ongoing training with Cutler and Gross, was initially offered an opportunity to work with the brand during their 2010 Silmo campaign.

With a Master’s degree in French linguistics, Mohammadi jumped at the chance to join Cutler and Gross after graduation.

“They didn’t have any representation in Canada at the time,” she says. “They were looking for young people who spoke the language and I basically got an interview and got the job.”

Knowing the company was expanding, Mohammadi proposed after Silmo that they open a shop in Canada. 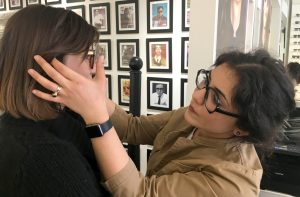 Golta Mohammadi is seen working with a client at the Toronto location.

After Toronto, she helped train and open accounts at the New York and LA locations and has been helping with North American market development.

And during her time with C&G, the company has “become a lot more international” as they compete for marketshare and against online retailers.

Seven years later with C&G, Mohammadi is wrapping up a contact lens fitting co-op for her opticianry program and credits her success to the extensive technical and business knowledge base she accumulated on the business side of Cutler and Gross.

“It was a big part of my growth with the company and I appreciate them acknowledging that and valuing this kind of skillset,” she says.

Before joining the company, Mohammadi said she always wore glasses and enjoyed the “statement” they make. She is fascinated by detail and design.

“I was a Cutler and Gross customer before I started working for them. They’re one of the only companies that specialize in handmade eyewear, with the whole push towards mass production and cheaper production. This was very attractive to me and it still is.” 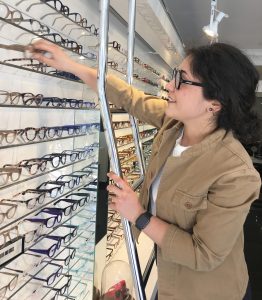 Mohammadi especially enjoys the design aspect of the optical industry.

Styling celebrities from Elton John to U2’s Bono, Mohammadi said C&G has always had a significant celebrity following linked to the styles that help them stand out.

Mohammadi said her loyalty to C&G has made her feel “part of this international family” and inspired her in her goal to get more involved with design and the creation of eyewear, which is her passion for the industry on top of just “being a good optician.”

“I’m going to use my newly acquired skills and education towards helping the company in a variety of different ways,” she says. 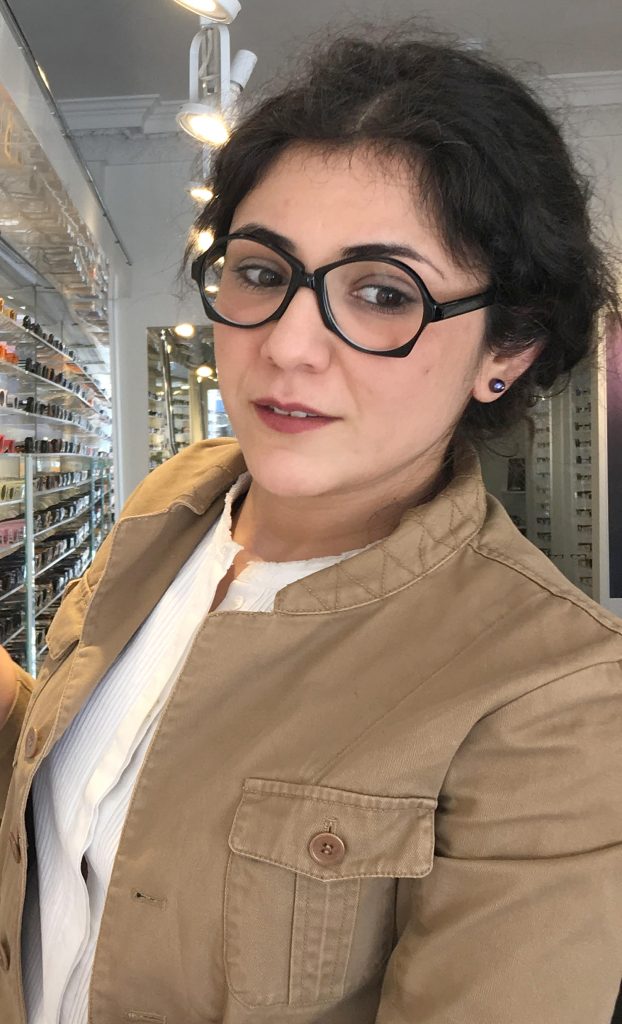 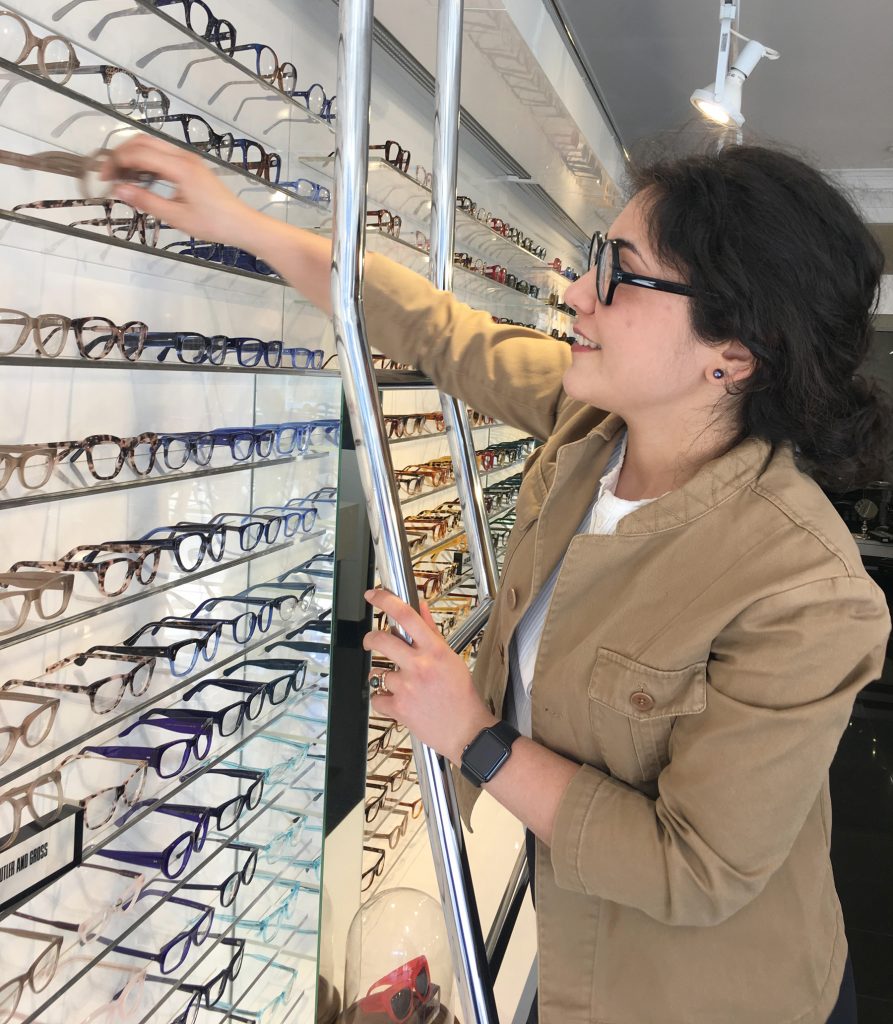 Mohammadi especially enjoys the design aspect of the optical industry. 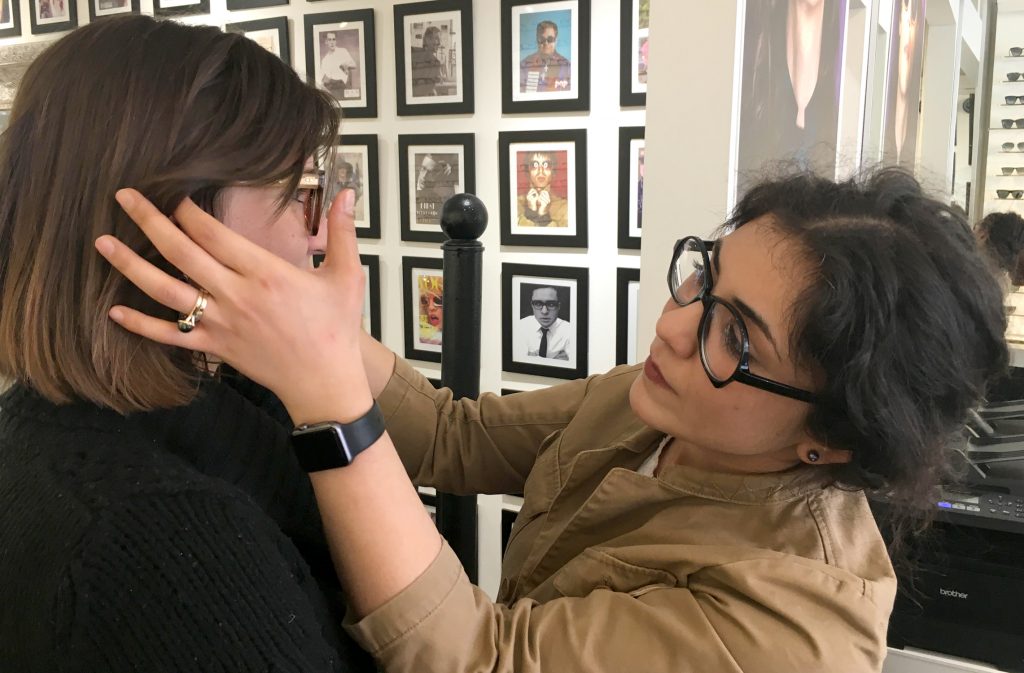 Golta Mohammadi is seen working with a client at the Toronto location. 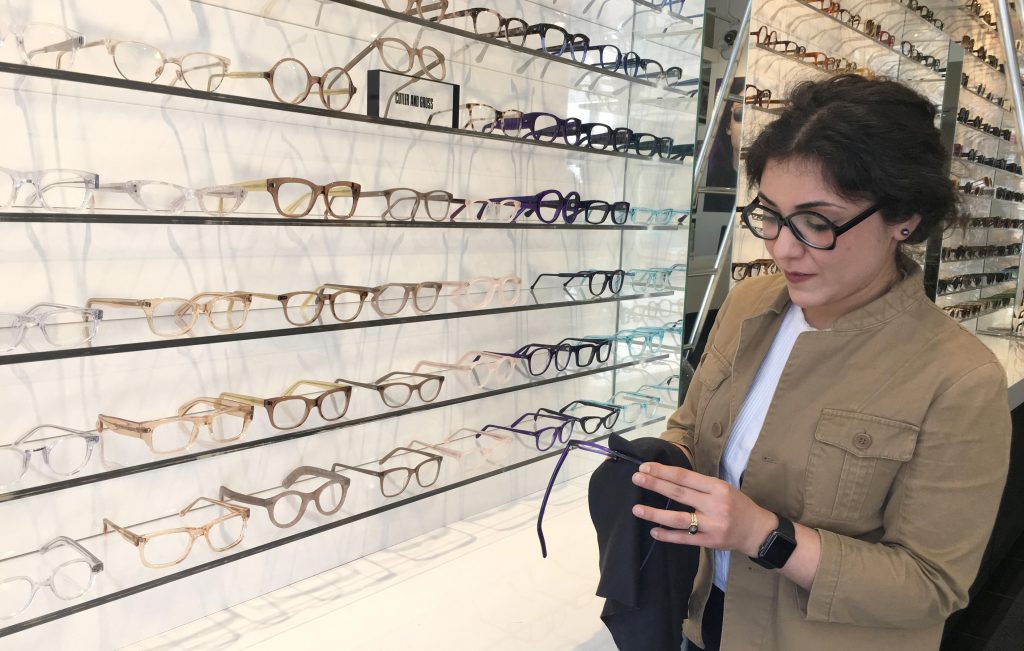 Golta Mohammadi is dedicated to climbing the ranks at C&G Eyewear Canada.