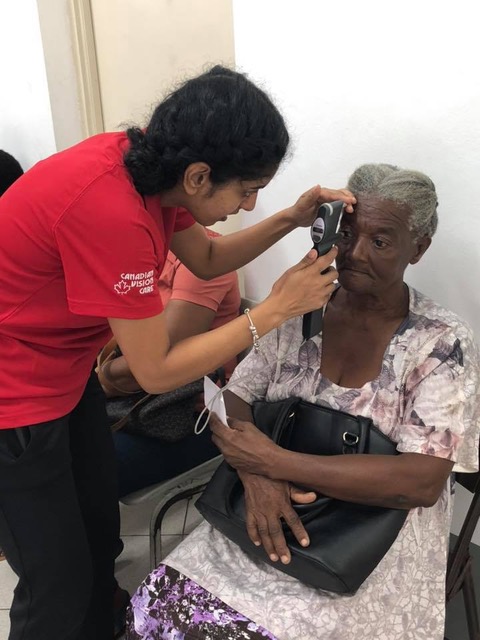 Fourth-year University of Waterloo optometry student Sherene Vazhappilly is making a name for herself and planning for her future.

Vazhappilly was recently named the grand prize winner of the 2018 Students of Vision Scholarship from Transitions Optical and the Opticians Association of Canada.

To win the competition, Vazhappilly submitted a video that outlined creative ways for patients to find eyeglasses that not only correct their vision, but appeal to their sense of style.

Submissions were reviewed by a panel of judges and evaluated based on their creativity, strategic thinking and ethics.

“Initially, I hadn’t heard anything back regarding my application, so I emailed Transitions Optical to thank them for the opportunity to participate. I was really surprised when a few hours later, they told me that they hadn’t released the winners yet, but that I had in fact, won the grand prize,” recounts Vazhappilly. “I participated because as an optometry student, I thought it was vital to include the clinician’s perspective for eyewear, as this is something I do everyday in clinic for my patients.” 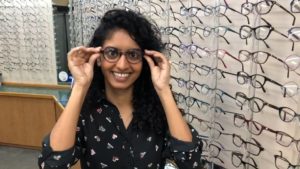 “This award will help me in my career by financially assisting me with my tuition costs and reminds me on the importance of upholding the highest degree of patient education and care.”

Vazhappilly, 25, lived in eight cities across three countries before her family settled in Canada.

Vazhappilly was born in Thrissur, India, and is most interested in serving the underserved populations.

“With an aging population and the recent boom of myopia, there exists an incredible demand for primary eye care doctors to diagnose, treat and manage visual problems.”

Vazhappilly is also an advocate for increasing public awareness about vision and eye health.
“As an optometry student working at various clinics, I enjoy the role I play in my patients’ lives by taking care of their needs and addressing their concerns. The best part of optometry is the power to change lives in a profound way through vision care and education.”

Vazhappilly’s scientific passion and strong academic background also led her to pursue an undergraduate degree in honours neuroscience at the University of Calgary.
“My previous personal ocular history and scientific curiosity led me into brain and eye development research. The eye, I like to say, is just an extension of the brain, and I found it fascinating.”

Vazhappilly takes pride in growing to be a kind, attentive and compassionate clinician.
“I have a passion for people of all ages and from all backgrounds, and I enjoy learning more about the unique challenges that each of my patients face,” she says.

“At this point, my plans for the future are still a mystery, but I know that it will include mission trips and practicing in rural or underserved areas. I would like to return to Calgary or rural Alberta and build my own practice.”

Many Canadians believe COVID lifestyle changes are affecting their eyes