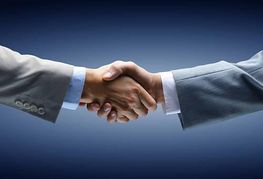 New Look Vision Group Inc. has announced it has entered into an agreement to acquire all assets of Visions One Hour Optical Ltd. which carries on business principally under the Visions Optical banner in communities across British Columbia.

Founded in 1988 and operated by the Martens family, the business is based in Abbotsford, B.C., and has 10 retail optical locations in key local markets across the province, including Vancouver Island, the lower mainland and in the interior. Revenues for the 12 months ended July 31, 2016 are estimated to be $5.2 million. The purchase price will be $6.6 million, subject to customary price adjustments and will be financed by New Look Vision from current banking facilities.

Antoine Amiel, President and Director of New Look Vision stated that: “Although currently small in stature, this successful chain has an established footprint in key local communities across British Columbia and will be a solid base for future growth in Canada’s third largest market after Ontario and Quebec. Entering British Columbia is another step forward towards our goal of becoming a national player across Canada.”

The acquisition of Visions Optical is expected to close on or about December 1, 2016.