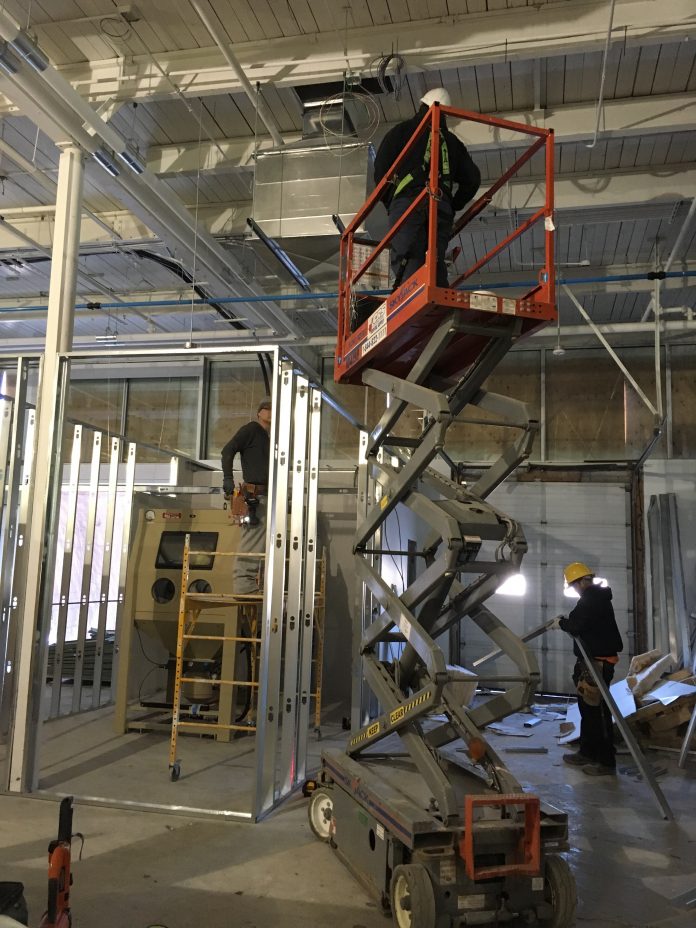 Plastic Plus has moved into a newly renovated, larger facility, which its President says will allow Canada’s largest independent optical lab to significantly boost its lens-making capabilities and reduce turnaround time for producing lenses.

“We will be the most automated lens lab in the country and one of the Top-10 automated independent labs in North America,” Paul Faibish said in an interview.

Plastic Plus, a family-owned business founded in 1974, had been at 14 Leswyn Road in Toronto since 1985.

The company doubled the size of its facility to 14,000 square feet in 2009, the same year it became fully automated and introduced premium anti-reflective coatings.

Since that time, both the business and number of staff also doubled in size, creating the need to find a larger space.

“We just ran out of room,” Faibish said. “We needed more equipment to meet demand and we just didn’t have the space to do that.”

He noted the company had to turn down contracts over the years due to the space restraints and lack of production capacity.

Plastic Plus purchased the building next door, at 10 and 12 Leswyn Road, in 2016 and undertook a massive renovation – transforming an old warehouse into a state-of-the-art production facility.

The business moved over to the new digs in March.

The new 30,000-square-foot building has allowed Plastic Plus to more than double its manufacturing space and boost its lens output by at least 50 per cent.

Millions of dollars worth of new equipment was also purchased and the production facility is now even more automated.

“This will allow us to not only increase our production capacity but also further develop lenses with the most complex macros in the world,” Faibish said.

The turnaround time to produce lenses will also be reduced by 12 to 24 hours, he said, to within 24 hours for non-AR products and 24 to 48 hours for AR lenses.

Sixty-seven people currently work for Plastic Plus and Faibish said that number will also rise as the business increases.

It produces Rodenstock, IOT, Younger and Shaw Lens products as well as lenses under the in-house Vandelay and Plastic Plus labels. Edging/mounting and surfacing services are offered as well.

The branded and non-branded lenses produced by Plastic Plus are available in multiple price points, he added. Clients can “mix and match” the lens lines they wish to purchase.
Plastic Plus remains an independent, family-owned business – Faibish’s son Jason, the company’s vice-president, is the third generation – that does all of its work in Canada, pays its taxes in Canada and only hires Canadians, he added.

Faibish noted there is a huge demand for products manufactured by Plastic Plus, which he attributes to several factors.

Eye care professionals, he said, want lenses that are made right the first time and quickly. That’s something Plastic Plus is able to do.

It can take several days for lenses made in offshore facilities to even enter Canada, he noted. And because Plastic Plus makes its products in Canada, it can turn out a prescription lenses in a fraction of the time.

Faibish said Plastic Plus is the only national lens lab that does not compete against the optical stores that give the company their business.