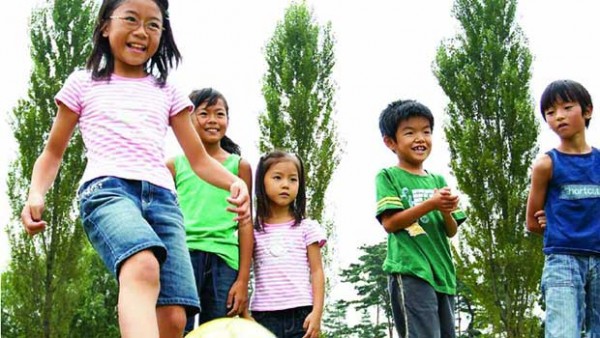 New research from the University of Waterloo’s School of Optometry and Vision Science and CNIB found nearsightedness in children increases drastically from Grade 1 to Grade 8, with almost a third of the cases going undiagnosed and uncorrected.

The landmark study, entitled “Myopia Prevalence in Canadian School Children,” found nearsightedness, also known as myopia, increases from six per cent to 28.9 per cent between the ages of six and 13. Children from the Waterloo Region District School Board and Waterloo Catholic District School Board participated in the landmark study, with 17.5 per cent of them being nearsighted.

“Historically, myopia started at age 12 or 13, but now it is showing up more often in kids six or seven years old,” said Dr. Mike Yang, lead investigator and clinical scientist with the Centre for Contact Lens Research (CCLR), Waterloo. “Our eyesight as a population is deteriorating and at a much younger age.”

Researchers were most surprised by the number of myopia cases that go undetected. Myopia typically worsens until the age of 21. With the study’s findings showing an earlier onset age in today’s children, it is possible they may experience a much greater decline in their eyesight over their lifetime compared to previous generations. The researchers plan to extend the pilot study to populations nationwide, looking at eye health within different ethnicities and environmental settings.

“We expect to find the same results in children across the country,” said Dr. Keith Gordon, Vice-President Research, CNIB. “It’s important for school-aged children to get an eye exam every year, as recommended by the Canadian Association of Optometrists. However even with annual check-ups, parents need to ensure that their children spend less time in front of screens and more time outside, even if it’s just one extra hour a week.”

According to the report, children of a parent with myopia have more than double the risk of developing it themselves. However, the study found that spending one additional hour per week outdoors significantly lowered the odds of children becoming nearsighted.

“Kids don’t know they can’t see the blackboard,” said Prof. Deborah Jones, co-lead investigator on the study and a clinical professor at the School of Optometry and Vision Science at Waterloo. “This kind of gradual deterioration in eyesight easily goes unnoticed without regular eye exams.”

Myopia, or nearsightedness, is an inherited condition known as a refractive error. For proper eyesight, the cornea (the clear window in front of the eye) and the lens (behind the pupil) must properly focus or “refract” light onto the retina (at the back of the eye). If the length or shape of the eye is not ideal, the light may get focused too early or too late leaving a blurred image on the retina. Those with myopia can clearly see objects up close but not those at a distance.