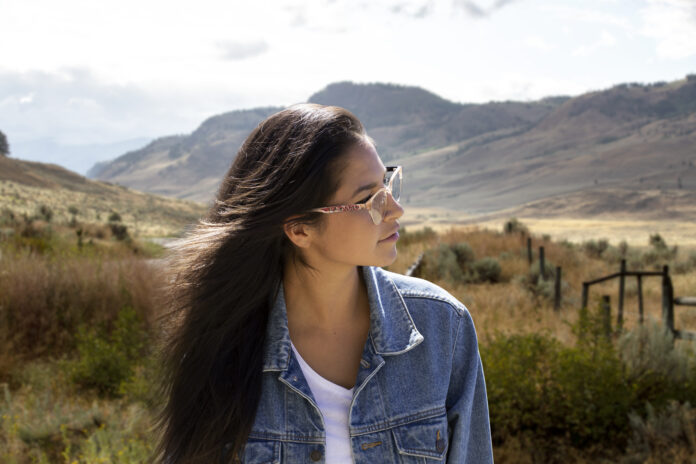 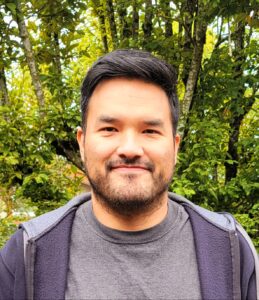 Celebrated Indigenous artist Phil Gray’s work can be found in private collections around the world as well as in galleries, museums, books, logos, on traditional regalia and even on an Olympic gold medalist’s helmet.

And now, the British Columbia resident’s striking eagle designs adorn the arms of two eyewear frames, thanks to a collaboration with AYA Optical.

Gray, a Northwest Coast Ts’msyen artist who was born and raised in Vancouver, has been carving in the traditional Tsimshian style since 1999. His work is recognized for being amongst the most creative, innovative traditional art in the contemporary Northwest Coast art world.

His eagle designs can be found on the collection’s modern unisex wayfarer style Gabe and the square-shaped frame Justin. Both styles are available in two colourways.

Recently, we spoke with Phil Gray about his artwork and the collaboration with AYA Optical.

It is done in my people’s style, classical Ts’mysen formline design. Similar to other types of formline you would see on the Northwest Coast, but ours has its own unique characteristics. I wanted to make sure that the overall design would compliment the curvature of the frame.

Considering they are the highest-flying birds, most view them as being the closest to the creator.

Eagles have been used as an example of great sight by many cultures, but they are also perceived to have a certain spiritual clarity.

The eagle has a personal significance to me because my great-great grandfather on my Cree side carries the name Mikisew, which translates to “the call of the eagle” in the woodlands Cree language. Our band was named Mikisew after him because he was an important part of the treaty process with the Dené and the government.

I can be fairly particular when I choose to collaborate with a company; their standard for quality and their values must align with mine. AYA Optical is philanthropic, their focus on Indigenous art and the way they represent the artists they collaborate with, made my decision easy.