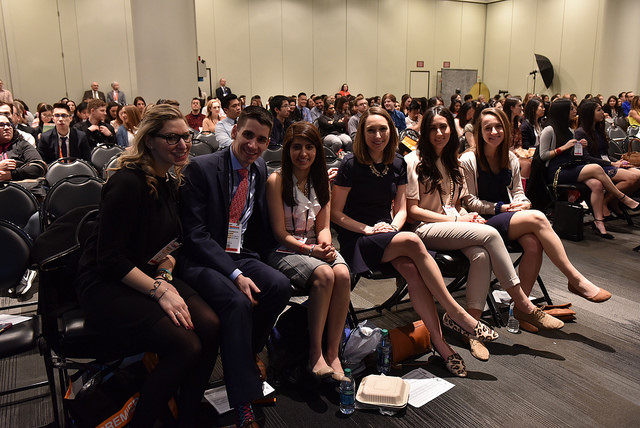 As the preliminary numbers roll in, International Vision Expo West 2016 has officially been labeled a success with increased attendance and reports of strong sales from exhibitors. This year’s event was held September 14-17 in Las Vegas, Nevada.

“ECPs reported that they found a huge amount of value in the Vision Expo West education sessions, which was reflected in the Global Contact Lens Forum and Ocular Surface Disease and Wellness Symposium—both of which sold out in less than three weeks,” said Tom Loughran, Reed Exhibitions industry vice president. “We almost broke the record for attendance at Vision Expo education sessions, and are proud to be able to provide attendees with sessions that they’re finding so valuable.”

In addition to over 320 hours of education, this year’s Vision Expo West offered 180,000 square feet of exhibit space with more than 100 new fashion brands debuting fall lines, accessories and new eyewear trends throughout the high-end fashion pavilions, once again displaying why more eyecare professionals choose International Vision Expo for their buying needs than any other conference.

“Exhibitors have reported strong buying activity in the exhibit hall, with high levels of traffic and a sense of vibrancy,” said Ashley Mills, The Vision Council vice president of trade shows and meetings. “With the new pop-up talks, Visionaries toasts, and the addition of the lounges, the show floor has become a hub for learning, buying and networking.”

This year’s show played host to over 65 events and parties including a full slate of events for young professionals and over 370 show specials including exhibitor and entertainment discounts. The popular ODs on Facebook party was moved to a new venue within TAO Nightclub this year in order to accommodate the increasing numbers, reaching over 750 attendees. Additionally, the 13 pop-up talks held throughout the show floor—a new series this year—received high levels of attendance and overwhelmingly positive reviews from attendees.

With voting beginning on the show’s opening day and the winners recognized on Friday, International Vision Expo honored the recipients of the 2016 Vision Expo West Vision Choice Awards, sponsored by Eyecare Business and Breton Communications: emoji sunglasses took home first place honors, followed by Davette’s Lunettes in second place and Specs of Wood receiving third place honors. The Vision Choice Awards distinguish the best of the best in new eyewear products and technology, as voted upon by Vision Expo attendees.