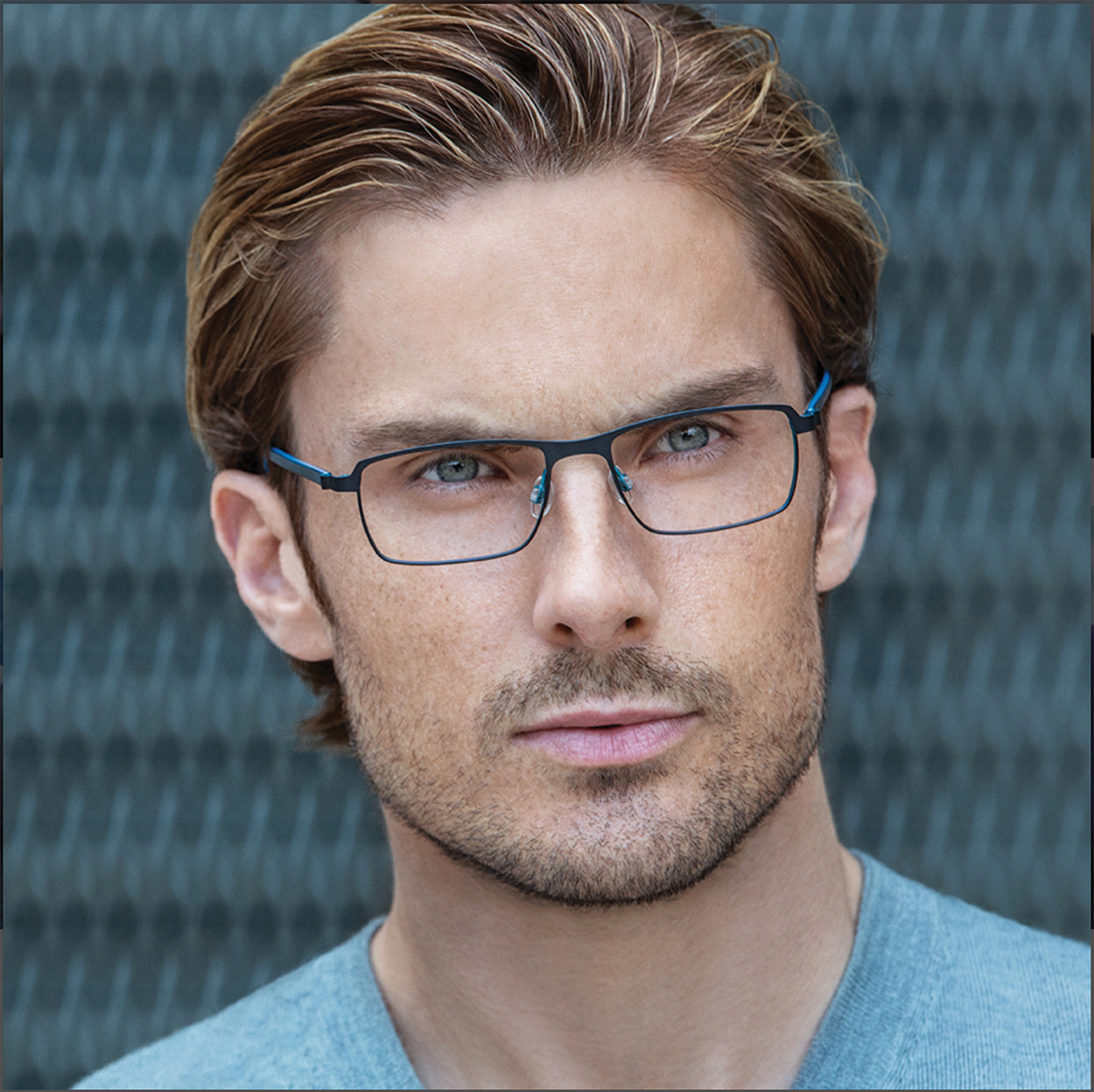 Men are spending more money on average on eyewear and swapping out the old for the new more frequently than women in Canada.

That’s among the interesting statistics to emerge from a recent Canadian MarketWatch report by The Vision Council Research.

“We are indeed seeing evidence that men are emerging as potentially equal or better eyecare and eyewear consumers throughout North America,” says Ronald Krefman, a consultant for The Vision Council. “Men are edging out women in shorter purchase cycles and increased spending over recent periods. We are following this trend closely to see how significant those gender differences are and whether they persist.”

Men usually replace their eyewear every 2.5 years, while women hold off a bit longer and buy a new pair every 2.7 years, the report found.

Eyewear companies are constantly responding to the high demand for men’s eyewear by frequently launching new styles and technologies and ensuring they are always on top of the latest trends.

For men in 2017, industry experts say most will continue to be drawn to the more conservative yet still stylish frames. However, more and more men, it seems, are looking to push past their own comfort zones when it comes to eyewear. 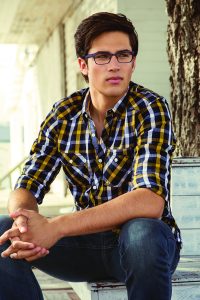 “The key trends that we are seeing for men’s eyewear in 2017 include a continued focus on vintage styling as well as thin profiles in both acetate and metal,” says Beverly Suliteanu, vice-president of product development at Westgroupe. “High-density, ultra-thin acetate will be very popular in 2017 as it works well with both vintage and contemporary designs. Round, P3 and angular shapes continue to be popular as men are becoming increasingly more daring in their eyewear choices.”

She said mixing materials, whether it be metal fronts with acetate temples or layering materials within a frame, will also be popular in 2017.

“Colours will be a mix of muted nature-inspired tones for the more vintage styles as well as pops of colour for the more sport-inspired looks,” she said.

The Evatik E-9137 model – a retroinspired frame that features a superthin stainless steel frame with high-density acetate on the front and temple tips – as well as the fashionable acetate K-576 frames by Kliik Denmark are just some of the hottest styles by Westgroupe. VVV

Paul Storace, CEO of Alternative/Plan ‘B’ Eyewear, says he believes the minimalist trend will continue in 2017 for men’s eyewear.

“Microthin acetates and metal will continue to be popular. Interesting colours will still play a part. Techy details will reign supreme,” he says.

He said Alternative Eyewear’s Jupiter Slims collection includes many of the features that will be in-demand this year. 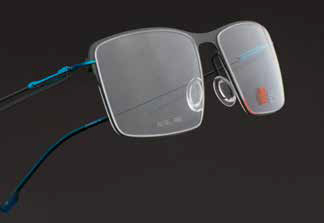 “These frames are micro-thin, with micro-blade hinges that add a side of interesting to an otherwise very minimalistic frame,” he said. “They are a celebration of beautiful and functional design. Comfortable, strong and light, these frames are also nickel-free and feature silicon nose pads making them more accessible.” 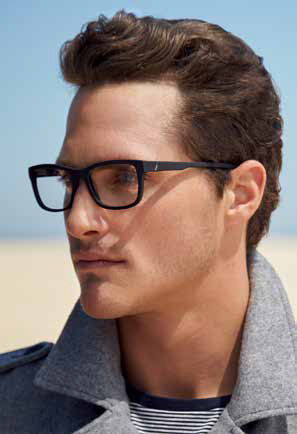 They include the N8123 frames by Nautica, which are simple and contemporary and boast a sleek rectangular frame highlighted by a vintage brow. The N8125 model, meanwhile, is a bit more daring and is the perfect balance between traditional square and circular.

Marchon‘s Salvatore Ferragamo SF2768 frames are made from both titanium and acetate and are sophisticated, well-balanced and dynamic.

“The beta-titanium temples feature an intricate laser-cut pattern that creates a unique visual aesthetic, while simultaneously increasing the temple’s lateral resilience. This pattern offers a functional element that provides flexibility without the need for a spring hinge. Additionally, each frame features a Flexon bridge for superior durability needed to endure an active, everyday lifestyle.” 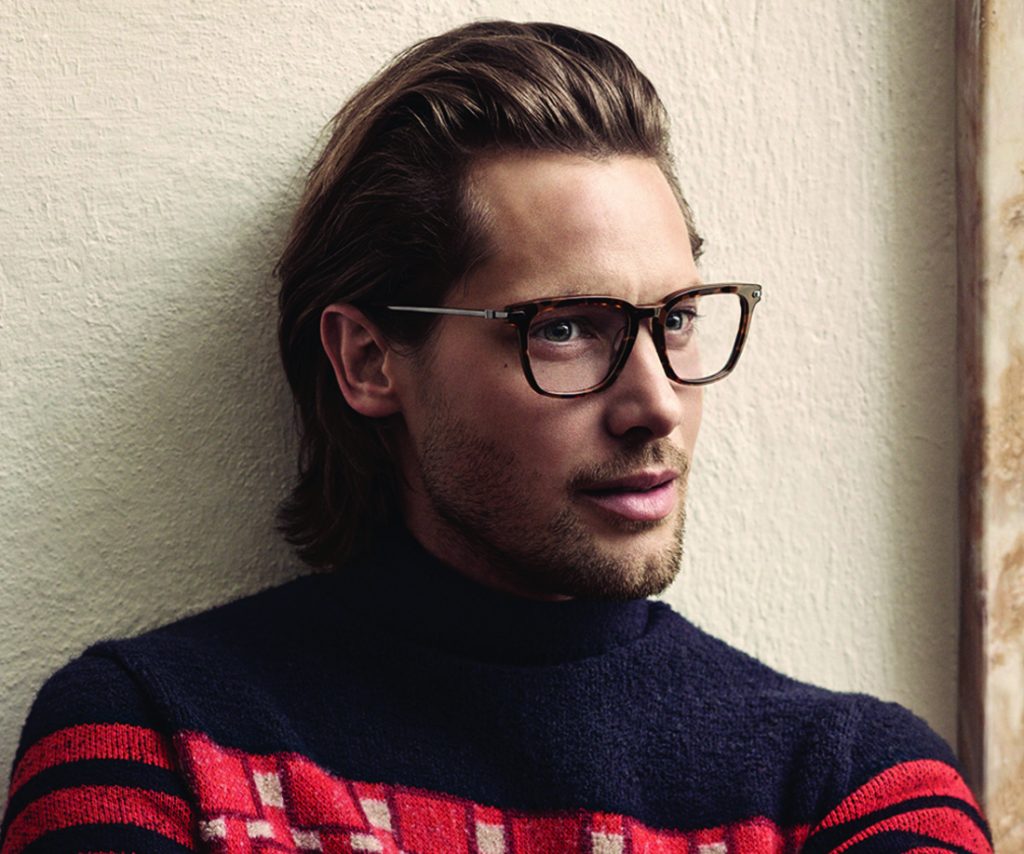