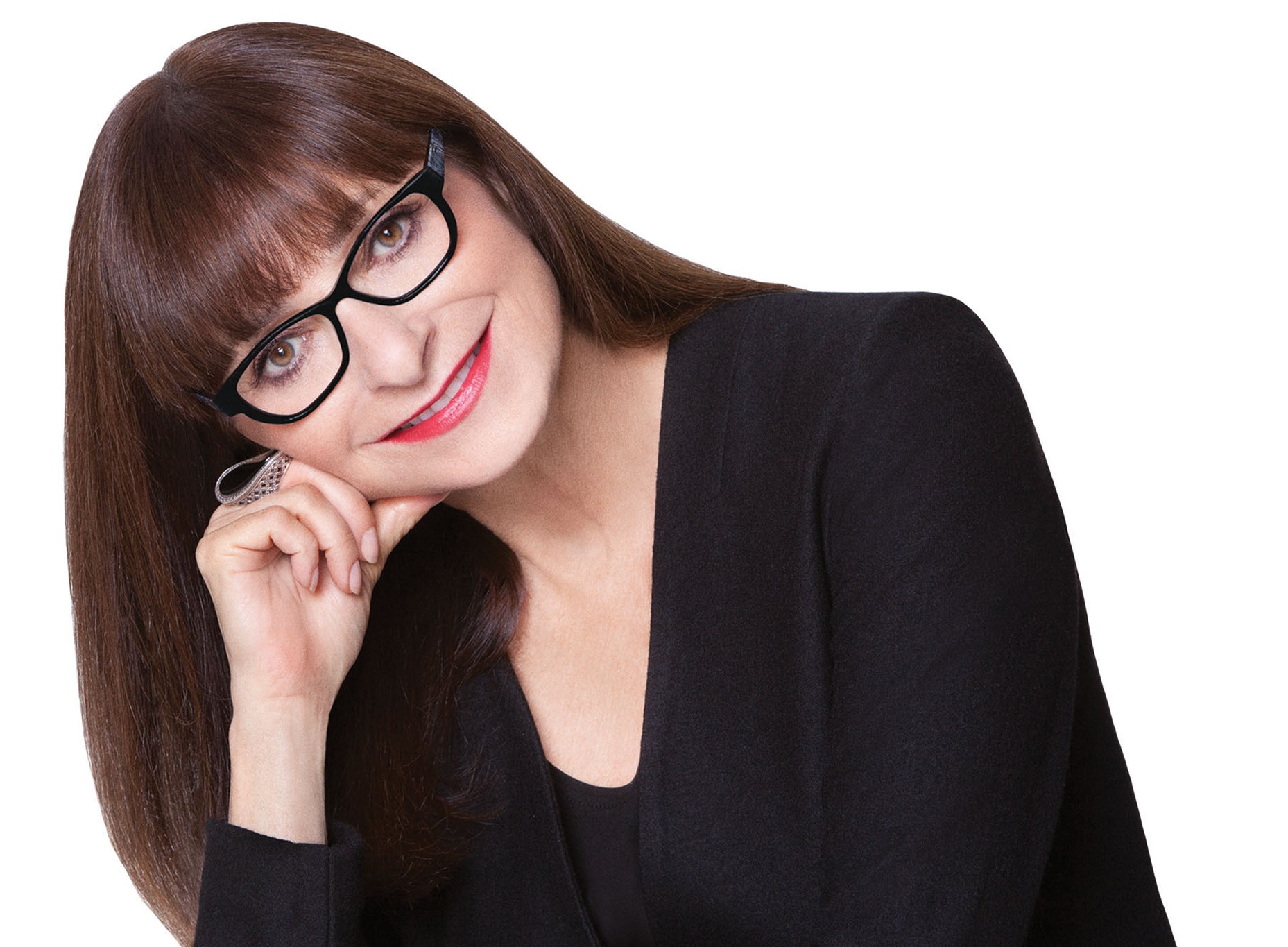 By Sarah McGoldrick
She has been sitting in the front row of fashion shows for years as the host of Fashion Television.

Known for her insightful commentary and the ability to get even the toughest fashion icons to talk, Jeanne Beker knows the style
industry inside and out.
This season she is taking her fashion expertise to the next level, launching her own line of eyewear through WestGroupe’s FYSH UK line simply titled by Jeanne Beker Signature Collection.
This is not the first time Beker has taken on designing and creating her own fashion look. She has also launched clothing lines through former department store Eatons, Sears and more recently The Bay.
Set to launch in January 2013, the Signature Collection features six unique models each with four colour variations. The collection is a ‘fashion forward’ line of eyewear with a focus on wearability and functionality with of course personal style in mind.
“I got the call out of the blue,” Beker told Optical Prism during a phone interview while on her way to a photo shoot in Toronto. “But they are the obvious accessory. They say so much about who you are.”
She says she was instantly drawn to the ideas that were being presented. The line was both fun and upbeat with the ability to carry from daytime to nighttime.
“Eyewear can really ground a look,” she says noting many style icons in the past have brought eyewear to the forefront of fashion when eyewear was otherwise thought as something you would avoid at all costs. She notes entertainers such as
Buddy Holly and Sophia Loren made eyewear sexy and highly sought after.
Beker notes designers like Yves Saint Laurent made eyewear not only wearable, but fashionable too.

“It became such a signature for him and now we are seeing a real return to wear glasses,” she said adding even her own teenagers love the look of vintage frames.
In the past glasses have not always been seen as a traditional fashion accessory, adds Beker, but this has changed significantly over the years as women look for new ways to express themselves beyond clothes.
A portion of proceeds from the purchase of the eyewear are directed towards one of Beker’s own personal favourite causes, Dress for Success.
The organization provides women with business attire and support when going to job interviews.
“It’s all about empowering women through fashion,” she says. “Women get the coaching and interview skills they need to get a
job.”
She adds style can have a transformational quality and Dress for Success helps women present the strength and power they possess
inside of them.
She notes how a woman looks gives her a tremendous amount of confidence whether it is on her body or on her face. The Signature Collection gives women many options to find the right look and the right style.
The team at WestGroupe believed Beker was the perfect face for the new line of eyewear. Her adventurous approach to fashion
coupled with her outstanding knowledge of the industry were just two of the many draws.
“Jeanne’s fashion icon status and universal appeal made her the perfect person to edit the capsule collection to create the ultimate eyewear wardrobe for today’s woman,” said Beverly Suliteanu, VP of Product Development for WestGroupe.
“Jeanne embodies the notion of being who you are and letting your individuality shine thorugh, which is exactly what FYSH is all about,” said Suliteanu.
This need to express personal style is one of the key design points of the collection. Knowing that women are now using more than shoes and clothes to express their style, FYSH has taken this to a whole new level.
“You can have different frames for different outfits,” she says. “There are glasses that offer a sexy secretary look with a lot of femininity as well as glasses that are sophisticated and playful.”
Beker adds the eyewear is designed to be enjoyed by all ages as women today are not limited to one look based on age.
“These pieces are very fashion forward,” she says adding since she began ‘wearing’ glasses as a child, she has always made an effort to use them as a way to express her own sense of style.
She notes the pieces in the Signature Collection have been carefully crafted to be worn with business attire, casual wear or a chic outfit.
“Everyone needs the right frames to go with the little back dress or for a weekend at the farm,” she says.
Beker says she looks forward to the opportunity to work with WestGroupe in the future and has enjoyed the opportunity to delve
deeper into a whole new side of fashion.
“It have been learning about the optical industry and it is something I welcome the chance to learn about in the future.”
The line will be available at retailers across Canada. •