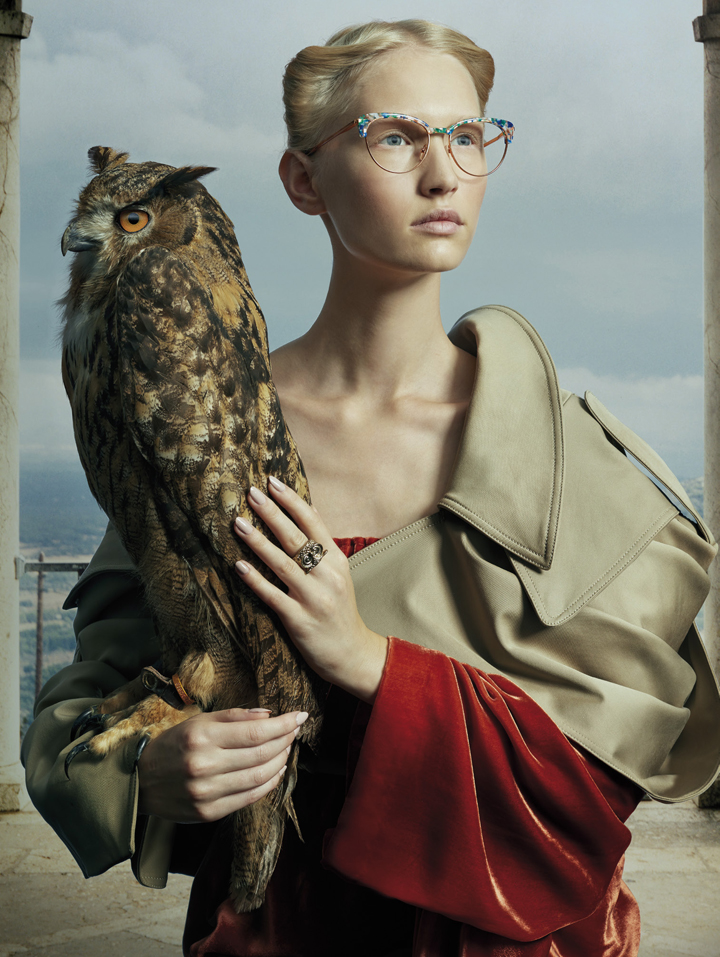 True to our Anartistic stance, Etnia Barcelona launches its photographic mini-series “Anartist Series”, a preview of the BeAnartist 2 campaign to be launched in February 2018.

A capsule of three portraits inspired by works of classical art like Boticelli’s “Portrait of a Man with a Medal of Cosimo the Elder” or Raphael’s “Young Woman with a Unicorn”.

All seen through the photographic eye of Biel Capllonch and vision of the Etnia Barcelona Creative Team.

Etnia Barcelona brings a new twist of elegance and modernity to its Vintage and Originals collections for the season, with a total of 60 new models, 30 in prescription frames and 30 in sunglasses.

In terms of colour, the word “reARTing” just about sums up the current tendency to reinterpret and delve into the history of art for inspiration, to create new collections.

“Our new exclusive Etnia Barcelona acetates contain miniature pictorial pieces that combine with monochrome acetates in shades that both contrast and blend,” the company says. “The sunglass collection offers new light coloured mineral lenses: from scarlet to vermilion, acid tones in shades of orange and soft yellow, running through warm greens and blues in true retro-style.”

Our “Anartist Series” are merely a “teaser” prior to the launch of our BeAnartist2 Campaign.

Following the first BeAnartist global brand campaign, Etnia Barcelona has once again sought the help of photographer, Biel Capllonch, asking him to bring to the task the very core of his Anartistic essence. With the image created for the Sonar Festival for so many years and his transgressive look and cultural references, the brand considers Capllonch a true Anartist.

Etnia Barcelona eyewear derives from an “Anartistic” take on the world. An attitude which pervades the creative process and leaves its trace on every single pair of glasses. Each collection expresses a series of concerns and values that the brand seeks to convey and express through its creations. To help others see the world in a different light. To make the invisible visible.

Different collections to match different personalities: For the purist, Originals; Advance for techies, Vintage for lovers of things classical and Capsules for the boldest: artists such as Araki, McCurry, Klein or Basquiat have inspired our creations for the fan of culture, art and photography.

Creative freedom, challenging the cannons of traditional art. So each frame expresses a different attitude, a different way of seeing and understanding the world. Because sight is a personal, unique and non-transferrable experience.

Because our expression can be none other than anartistic.