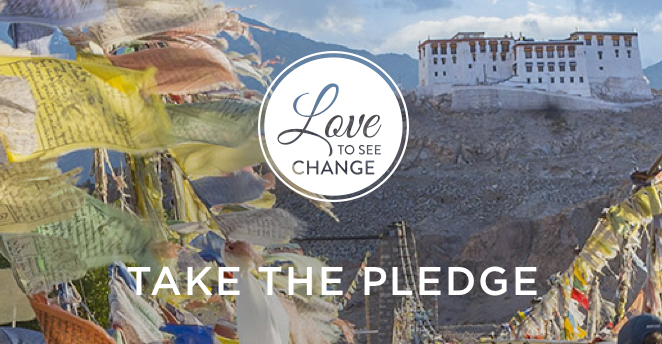 Essilor Group is calling on people worldwide to commit to have their eyes checked.

For each pledge taken, Essilor will donate a dollar to a selection of initiatives that are bringing good vision to underprivileged or underserved populations around the world.

Close to 6,400 people worldwide have taken the pledge so far, with many more expected before the campaign wraps up at the end of 2016.

Through the “Love to See Change” campaign Essilor wants to raise awareness on the importance of regular eye checks – and on the global public health issue that uncorrected refractive error represents – so that everyone, everywhere, can have the vision correction they need to learn better, work better and live better.

“Having your eyes checked on a yearly basis is fundamental to protect the most important sense we have as human beings: our sight,” said Jayanth Bhuvaraghan, Essilor’s chief mission officer. “At Essilor, we are committed to visual health for all, including the 2.5 billion people in the world who do not have the vision correction they need.”

With this pledge, made during the October 2016 World Sight Day, the company hopes to encourage the public to “commit to love their eyes,”  Bhuvaraghan said, adding that spreading the word in creating change will help the world to see more clearly.

In three clicks on www.lovetoseechange.com, a dedicated website available in six languages, those who look to support this campaign can take the pledge and choose the initiative they would like the Essilor Group to support on their behalf.

On World Sight Day, the Essilor Group organized events in some 40 countries across the world to raise public awareness on the importance of good vision for all.

Through the involvement of internal teams along with eye care professionals, Essilor and its partners offered vision tests in the streets, shopping malls, train stations, schools and other public places around the world, from India and the United States to Germany, Australia and Thailand.

Key suppliers join in the action

Along with Essilor’s 61,000 employees worldwide, Essilor is joining hands with some of its key suppliers who are committed to improving awareness on the importance of healthy vision.

At the headquarters of Google, Orange and Havas in France, eye screenings and awareness events will take place, encouraging the firms’ staff to take the pledge and share their commitment with their customers and families.

An ongoing commitment to good vision for all

Good vision is imperative to meeting the UN’s Sustainable Development Goals as seeing well is a necessary condition to learn and to work to the best of one’s abilities.

In line with its mission to improve lives by improving sight, Essilor continuously innovates to widen access to eyewear that is tailored to each person’s unique visual needs and lifestyle. With 2.5 billion people in the world still suffering from uncorrected poor vision, Essilor has accelerated its commitment to healthy vision for all by developing cross-sector partnerships, inclusive business models and strategic giving initiatives.

Through these actions, the Group has provided first-time access to vision care to over three million people living in underserved areas since 2013.

For more information on Essilor’s initiatives to improve vision care access for the 2.5 billion uncorrected people worldwide, go to www.essilorseechange.com