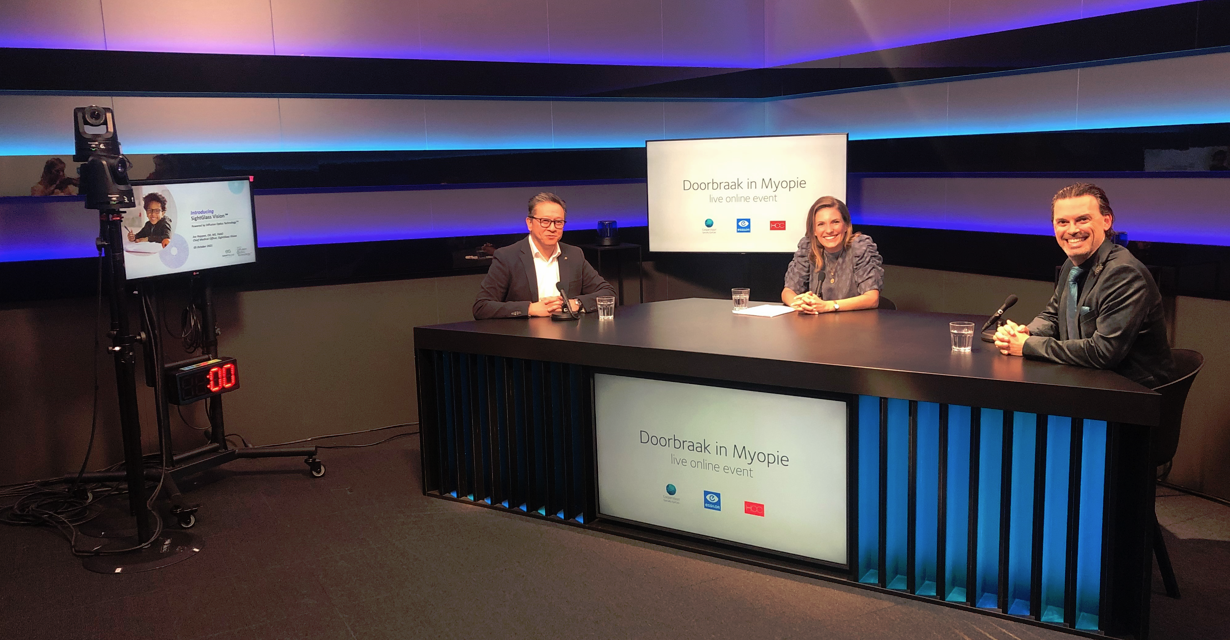 CooperVision’s SightGlass Vision Business has revealed two-year clinical study data for its Diffusion Optics Technology™§, which is specifically designed to slow the progression of myopia in children.1  After two years, children who wore their Diffusion Optics Technology™-enabled spectacles full time, including not removing them for near vision activities, progressed on average one-half diopter less than those wearing the control spectacles—a reduction of 59%.2

The news was presented during a launch event in the Netherlands yesterday, timed with the world’s first commercial launch of the technology. The product will be available from CooperVision to eye care professionals in the Netherlands beginning this month. EssilorLuxottica, which will also introduce the spectacle lenses with Diffusion Optics Technology™, participated as well.

The CYPRESS clinical study3 enrolled, randomized, and dispensed the lenses to 256 eligible children across 14 clinical trial sites in the United States and Canada. At the time of enrollment, subjects were six to 10 years old having myopia between -0.75 D and -4.50 D.

Distance visual acuity with lenses incorporating Diffusion Optics Technology™ was on average better than 6/6 (20/20) at each visit and similar to single vision spectacle lenses at all visits from dispensing through the 24-month visit.6 In the trial, children on average wore both the test lenses and standard single vision spectacle lenses more than 12 hours each day over a 24-month period, suggesting that children readily adapted to the Diffusion Optics Technology™.7 The CYPRESS trial is now continuing into its third year.

Earlier this year, CooperCompanies and EssilorLuxottica announced their intent to form a joint venture to accelerate the commercialization of technologies from SightGlass Vision.

The last few decades have seen a steady rise in the prevalence of myopia across the globe, notably under the effect of lifestyle changes. Today affecting 2.6 billion people worldwide, it is estimated that nearly 5 billion people, or half of the world population, will be myopic by 2050.9 Myopia is the leading cause of visual impairment in children and, over time, may contribute to an increased risk of developing permanent vision impairment, including macular degeneration, retinal detachment, cataract and glaucoma, and blindness associated with high myopia.10