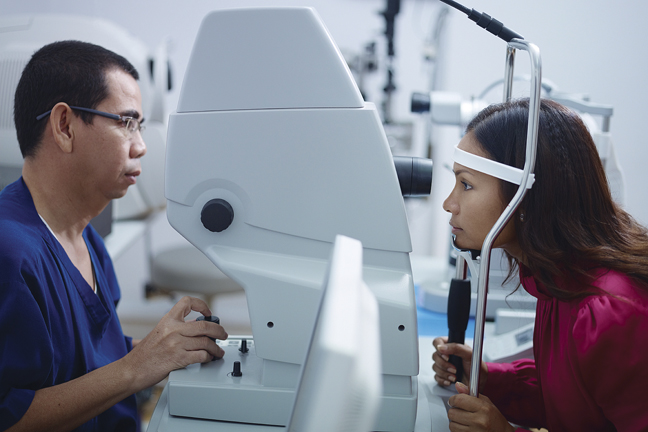 Ontario’s college of optometrists wants its members to have the freedom to prescribe to their patients any ophthalmic drug approved by Health Canada.

The self-regulatory authority is proposing amendments to the Optometry Act that it says would knock down a barrier that prevents optometrists from accessing newer drugs, which can often be the best treatment option for patients.

“If the new proposal is passed, patients will have access to the most up-to-date therapies without the need for regulation change,” said David Wilkinson, practice advisor for the College of Optometrists of Ontario.

Since 2011, optometrists have been authorized to prescribe certain drugs for treating eye and vision system conditions in their patients.

Those drugs are listed in Schedule 1 of the Optometry Act’s designated drugs and standards of practice regulation.

Wilkinson said the list has not been amended since it came into effect five years ago. The college says its experience has demonstrated that such lists in regulations are difficult to revise.

The college is proposing to amend the regulation by scrapping the list and instead giving optometrists the authority to prescribe all oral and topical drugs within the scope of practice of optometry.

“This (would) expand the range of treatment options available to patients, some of whom might benefit from older drugs and some from newer. What we’re aiming for is the best treatment possible,” Wilkinson said.

Certain safeguards are recommended, such as requiring optometrists to immediately refer patients to a physician or hospital once they are prescribed certain categories of oral drugs.

Wilkinson said the college often hears from its members about how the current drug list inconveniences their patients or limits the care they can receive.

As an example, the anti-glaucoma drug Azarga was approved by Health Canada in 2009; too late for it to be recommended for the original list, Wilkinson said. The drug is a combination of brinzolamide and timolol, which are both included separately on the list.

“Right now, if an optometrist concludes that a patient with primary open-angle glaucoma can benefit from this combination therapy, he/she must make a decision. Either prescribe both drugs separately (two separate drops for the patient), or refer the patient to an ophthalmologist, who can then prescribe Azarga (one drop for the patient). In general, there are convenience and compliance advantages when fewer drops are required,” Wilkinson said.

“There are numerous other examples where the best therapy for a condition may no longer be a drug that is on the current list.”

The college says its recommended amendment would bring Ontario in line with recent changes in Alberta and Saskatchewan and most American states.

The college had requested feedback on its proposal by March 28.

Wilkinson said it will now review all comments received.

The committee responsible for the proposal will then ask the college council to either amend the recommendation and re-circulate it to members and stakeholders or submit the current proposal to the Ministry of Health and Long-Term Care to seek their approval.

Wilkinson said the college expects it will submit its final proposal later this year.

Along with the recommended change to the drug list regulation, the college is also proposing to amend the Optometry Act to allow optometrists to remove superficial foreign bodies from a patient’s cornea and to dispense drugs for the sole purpose of trialling a therapy.

The college also wants the act amended to specify diagnostic ultrasound as a prescribed form of energy for the performance of corneal pachymetry or ocular ultrasonography, only.

More information on the college’s proposals can be found online at www.collegeoptom.on.ca.