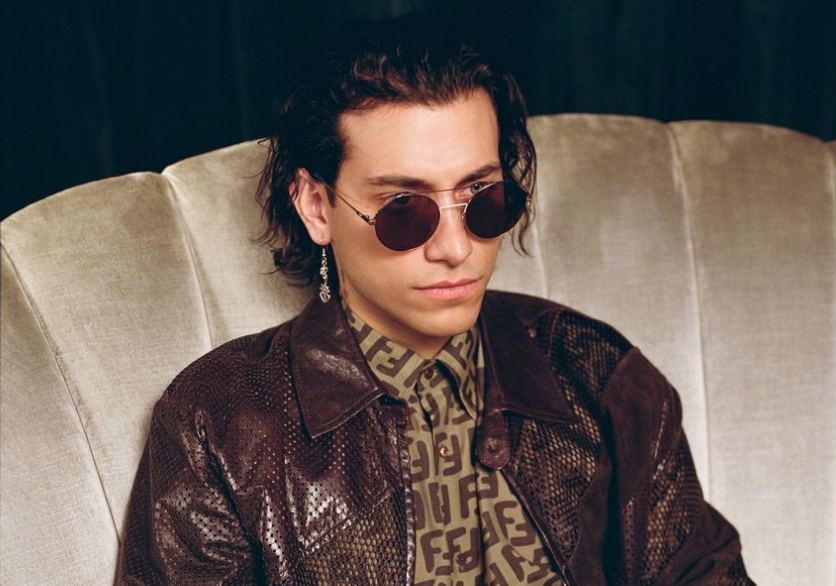 Canadian actor, musician and model Rob Raco has been named the ambassador for the FENDI men’s eyewear collection for both the spring/summer 2019 and fall/winter 2019-20 seasons.

Born in 1989 in Windsor, Ont., Raco made his acting debut as Clark Barker on the hit television series, Supernatural. His breakthrough role came when he starred in the wildly popular CW series Riverdale, which won the Teen Choice Drama Award in both 2017 and 2018 and a People’s Choice Award for drama show of 2018.

Raco is also part of the band The Good Time Boys, which also includes his Riverdale co-star KJ Apa.

As brand ambassador, Raco stars in the new film, “All the Time,” which showcases the new FENDI eyewear collection that is produced and distributed by Safilo Group.

In a texturized kaleidoscopic atmosphere, the film plays on the concept that sunglasses can be worn at all times of the day.

Leading the viewer throughout the day, the film – available to view at fendi.com – portrays Raco in an indoor living space, sitting on a chaise lounge and in a photographic set-up.

The change of time is marked by a new pair of sunglasses at every moment of the day, beginning at sunrise, passing through the morning, afternoon until sunset.

As time passes, new shades of colours – from dark blue to orange – and vivid flashes of light enter the scene, accompanying Raco during the day, lived through the lenses of the new FENDI spring/summer 2019 men’s eyewear collection.

Recently, Raco spent some time answering questions about the new FENDI collection and the new “All the Time” video.

Q: What was shooting the video like?
A: The video shoot meant a lot to me. It was amazing to collaborate with the FENDI team. It immediately became a comfortable set as soon as we started shooting and throwing new concepts together. It was a great start to an amazing campaign.

Q: Any anecdotes from this experience with FENDI?
A: My favourite part of this experience was all the support throughout the day. It was a long day of shooting and by the end, everyone’s faces were getting long. So, to spice up the last few shots, I decided to have music blare throughout the studio and have a little dance party, so we could all wake up. Needless to say, we finished with big smiles.

Q: What does FENDI mean to you?
A: Family. This company is built around an incredible energy of individuals that treat you like family once you’re a part of it.

Q: How would you describe the FENDI man?
A: The FENDI Man is a bold, fearless individual who expresses himself as he chooses, not how society expects him to. The Fendi Man makes a statement.

Q: What do you think you have in common with the FENDI man?
A: I like to think of myself as fearless, but truly this project has allowed me to become bolder and more eccentric.

Q: How do you feel about being the ambassador of the FENDI eyewear collection?
A: This journey has pushed me into new doors that I never thought I’d open in my career. Representing the face of a company with such strong, powerful fashion ideas has allowed me to recreate myself. I am honoured.

Q: What do you think of the new FENDI men’s eyewear collection?
A: The new eyewear collection is a mixture of both classic and bold styles. I find myself switching out frames based on moods. It’s very diverse and sleek. I never take them off!

Q: What are your plans for the future?
A: I’m always reinventing myself creatively. As of now, I’m focusing on acting and music. I have projects on both sides that I’m extremely excited about but at this point I want to be bold and turn heads instead of getting lost in a sea of commercialism.