Campaign to Appeal to Millennials 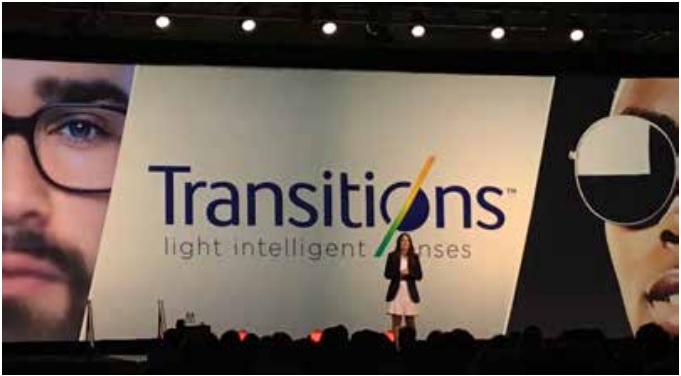 Transitions Optical says fashion stylist Jessica Mulroney will be the face of its new social campaign, which is aimed at demonstrating the benefits of Transitions lenses for the young, style-conscious wearer.

Mulroney, who is a regular guest expert on Cityline, will appear in Transitions Optical Canadian marketing materials across social and earned media, including on the Transitions Optical social channels as well as Mulroney’s own social media network.

The campaign will focus on appealing to patients in the millennial generation and younger by highlighting new colour and mirror options for Transitions lenses that will give younger patients more ways to customize their personal style.

Starting this month, eyecare professionals can go to Transitions.com/Beyondthelens to share campaign images and videos demonstrating new ways to customize Transitions lenses to a patient’s style.

At this year’s Transitions Academy, Transitions Optical debuted a new brand identity and rejuvenation plan that will further build upon the company’s efforts to recruit new wearers and attract a younger generation of single-vision wearers to the photochromic lens category.

Together, a new visual identity, Transitions brand logo, light intelligent lenses tagline, and “Light Under Control” consumer advertising campaign will create desire for the products in a simple, modern, and innovative way.

“People’s eyes are precious, yet optimum vision in all light situations is a challenge. ‘Light Under Control’ aims to bring new wearers into the photochromic category by showcasing how relevant our lenses are for the fast-paced lives people live today,” says Chrystel Barranger, president of photochromics, Transitions Optical. “Our light intelligent lenses allow a hassle-free life, with ultimate light protection always freestyle.”

New campaign imagery, colour palette and messaging will emphasize a renewed focus on light – on how we need it, embrace it and can be protected from its harmful elements.
The campaign and logo will also feature a new diagonal split design, created to evoke a familiar feeling of swiping on mobile phones, moving throughout one’s day and the filtering technology of Transitions lenses. The campaign strategy will incorporate dynamic, innovative digital tactics to reach younger wearers in the places they consume media most heavily.

In Canada, the television campaign will deliver more than 79 million impressions and will debut on television on specialty and conventional networks such as CTV, TVA, TSN and RDS, Discovery Channel during primetime, early morning and sports timeslots. The campaign’s digital plan will combine display banners, videos, paid search and social media for an additional 75 million impressions.