Bionic Lenses – A Look Into The Future 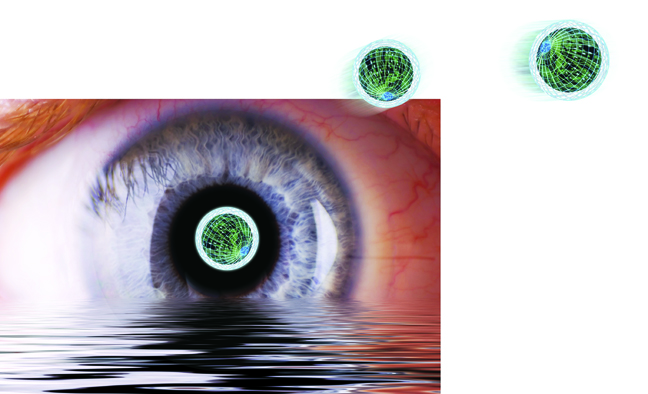 Canada has always been a leader in medical research. This has been taken even further by Canadian based company iSYS Adaptive Optics Inc., and its founder Garth Webb.
The British Columbia based optometrist has developed a bionic lens which can be used for an array of eye conditions and potentially non-medical use.
The lens provides perfect vision without the need for corrective lenses through the use of ‘augmented reality’.
“This will change the entire industry,” said Webb adding there is no other technology like it on the market today.
He notes this type of lens is not about simply correcting eye conditions, but restoring the eye to its original, healthy state.
The adaptive lenses are liquid filled lens compartments that function under water or in open space.
They are designed for human lens replacement such as in the event of cataract sugery.
The ‘bionic lens’ consists of the adaptive lens together with a self inflating suspension system.
The suspension system comprises of water absorptive material that expands to press against an adaptive lens and allow the eye to focus on distant objects.
Webb notes many eye conditions destroy the functionality of the eye as a whole such as cataracts.
“As the cataract progresses it begins decaying in the eye and there is a putrification of the lens material,” said Webb.
The bionic lens is inserted into the eye and self-inflates to replace and occupy the same space as a traditional lens.
Webb says this will be a revolutionary alternative to traditional eye surgery as it prevents the decay from reoccurring in the future.
“This fixes all the problems from square one,” he said, adding the lenses can be adjusted any time after surgery to ensure proper function.
The bionic lens is inserted in place of the natural lens through a micro incision without any pain or scarring.
Clinical trials are expected to start on the lenses within the next few months, however Webb believes the lenses will not be available on the Canadian market for some time due to regulatory procedures. He adds they may be available in other countries and regions much sooner.
“Perfect eyesight for all should be a human right,” said Webb adding his team is working to ensure the lenses are set at an affordable price point for anyone who seeks the surgery.
He adds the lenses are not the end of the ophthalmic world and will in fact strengthen the industry and as the lenses find new forms of application in the tech industry.
Webb says lenses are also finding interest among communication and military sectors as a new way to share and view information through the integration of camera technology.
The lenses will also allow wearers to see clearly underwater without the use of goggles.
“We want to get this technology to as many people as possible,” said Webb.
Cameras fitted with the technology generate images that are formatted for the human visual system without the need for circuitous algorithms and electronic processing.
The technology may also allow for images to be projected into free space with the use of specialized eyewear.
According to research already completed, Webb believes the lenses will allow viewers to ‘live’ recorded visual experiences in the same way they perceive the real world.
He notes as technology progress, people will be looking for new ways to see their email and other technology in their life.
“You have communication within the eye,” said Webb. “You will be carrying your office on your face.”
The bionic lenses offer the technological integration to make this happen. He says the lenses will become as mainstream as wearing a pair of sunglasses.
“There is definitely going to be more value to the consumer,” said Webb adding it will be eyecare providers who will be helping the public find the right technology within these lenses for their day-today life.