Bad Habits “The EyeDocs of Rock,” the longtime rock band comprised of several practicing optometrists, will perform at Vision Expo East’s opening night party. Co-hosted by Vision Source and ODs on Facebook and sponsored in part by Marketing4ecps, Vision Expo, Ocuco and Pentavision, Uprise and EDGEPro, the party will take place on Friday, March 27 at Sony Hall inside New York City’s Paramount Hotel from 9 p.m. until midnight. Free drinks will be offered from 9 p.m.–10 p.m.

Soul singer Katie Kadan, who was a finalist on Season 17 of The Voice, will make a special guest appearance courtesy of Mondottica Eyewear.

All Vision Expo attendees are invited to the opening night party. Attendee badges are required for entry. Free tickets are available by visiting sponsors in the Exhibit Hall at Vision Expo. Register at http://visionexpony2020.com/VEEONP.

“Our love of rock music brought us together more than 30 years ago and we love sharing our passion with fellow eyecare professionals,” said bassist Michael “Jules” Raies, OD. “We’re looking forward to kicking off Vision Expo East in March with a really fun show and hope to see everyone there.”

The longtime band started playing together in 1987 when three of the current members were optometry students at Ohio State. Bassist Michael “Jules” Raies, OD; keyboardist/guitarist Mark Schindler; guitarist Pat Dollenmayer, OD; keyboard player Bob Glass, OD; and drummer Tony Fenton, OD have performed at numerous optometry conventions and events since 2000. The band has also played at the Rock and Roll Hall of Fame twenty times and has been an opening act for classic rock bands like Lynyrd Skynyrd, Cheap Trick and 38 Special. All the band members but Schindler are practicing optometrists. 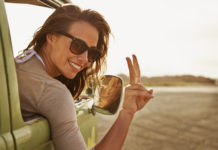 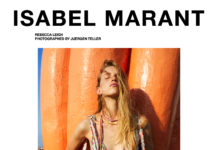 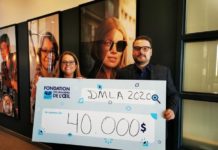 ABOUT US
Since 1980, Optical Prism has been the primary source of industry information for busy eyecare practitioners. We provide the reach, the readership and the results for advertisers. Optical Prism is the market leader and continues to grow and evolve as the magazine for eyecare professionals.
Contact us: info@opticalprism.ca
FOLLOW US
© opyright © 2016 Optical Prism Magazine. All rights reserved