When it comes to sunglasses, aviators continue to fly high.

Characterized by teardrop-shaped lenses and a double or triple bridge, these shades were originally created by Bausch & Lomb’s then-subsidiary Ray-Ban in the 1920s to protect the eyes of military pilots. 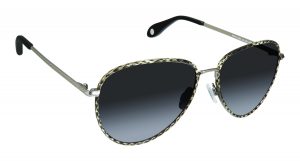 After going on sale to the general public in 1937, outdoor enthusiasts began wearing aviators for fishing and hunting to shield their eyes from the sun’s rays.
Fashion historians say it was during the Second World War that aviators really became a much-sought-after item among the North American public.

A photograph of American General Douglas MacArthur, wearing aviators and smoking a corncob pipe while storming the Philippines in 1944, is credited with causing the popularity of the so-called pilot’s glasses to skyrocket.

Ray-Ban began running advertising campaigns for its aviators in the 1950s and Hollywood soon embraced the style. 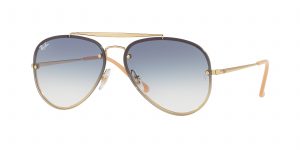 In the 1960s and ‘70s, many celebrities, including Michael Jackson, Elvis Presley and Paul McCartney, performed and were photographed wearing these cool shades.
Aviators flew off the shelves after the release of the 1986 American film Top Gun, in which both Tom Cruise and Val Kilmer wore pairs.

Today, aviators remain popular. While eyewear companies are still manufacturing classic-looking aviators, many have designed and released their own modified version of the original.