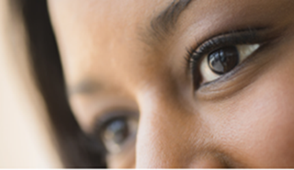 In his bestsellers The Tipping Point, Blink, and Out¬liers, Malcolm Gladwell writes about the unexpected implications of scientific research, urging readers to think different.

In an editorial published this month in Ophthalmology, the journal of the American Academy of Ophthalmology, Gladwell offers another example of his stock in trade: To make medical students better doctors, send them to art school.

The basis of Gladwell’s opinion is a study in Ophthalmology involving 36 first-year medical students at the University of Pennsylvania who were randomized to attend six 90-minute art observation sessions at the Philadelphia Museum of Art.

Professional art educators from the museum taught the students how to observe and describe and discuss works of art. The control group received no art training but received a free membership to the museum.

Students completed observation skills testing before art training and then again at the completion of the course to see if training improved students’ observational skills and empathy.

They found that it did, significantly. Lead investigator Jaclyn Gurwin, MD, showed that art training improved the students’ observation and diagnostic skills. In a questionnaire, students also reported applying the skills they learned in the museum in clinically meaningful ways at medical school.

As Gladwell explained: “Taking would-be physicians out of the hospital and into a museum – taking them out of their own world and into a different one – made them better physicians.”

The implications of this study are broad, Gladwell writes. The trend in medicine has been toward greater specialization as physicians are required to master greater amounts of information in their complex field. Medicine in the modern age demands great focus.

Interestingly, the study found that the observation skills of the students who didn’t get art training were worse at the end of the study, raising the possibility that the initial medical school curriculum, with its intense focus on memorization, may have the effect of eroding the skills of the future physicians.

The idea of the importance of different kinds of training is not new. But, Gladwell writes that this study should prompt a bigger push in exploring the benefits of cross-disciplinary preparation.

He says this study reminds us that “the best expert is the one who also belongs to the wider world.”