An eye for luxury: High-fashion shades and specs are so hot right now 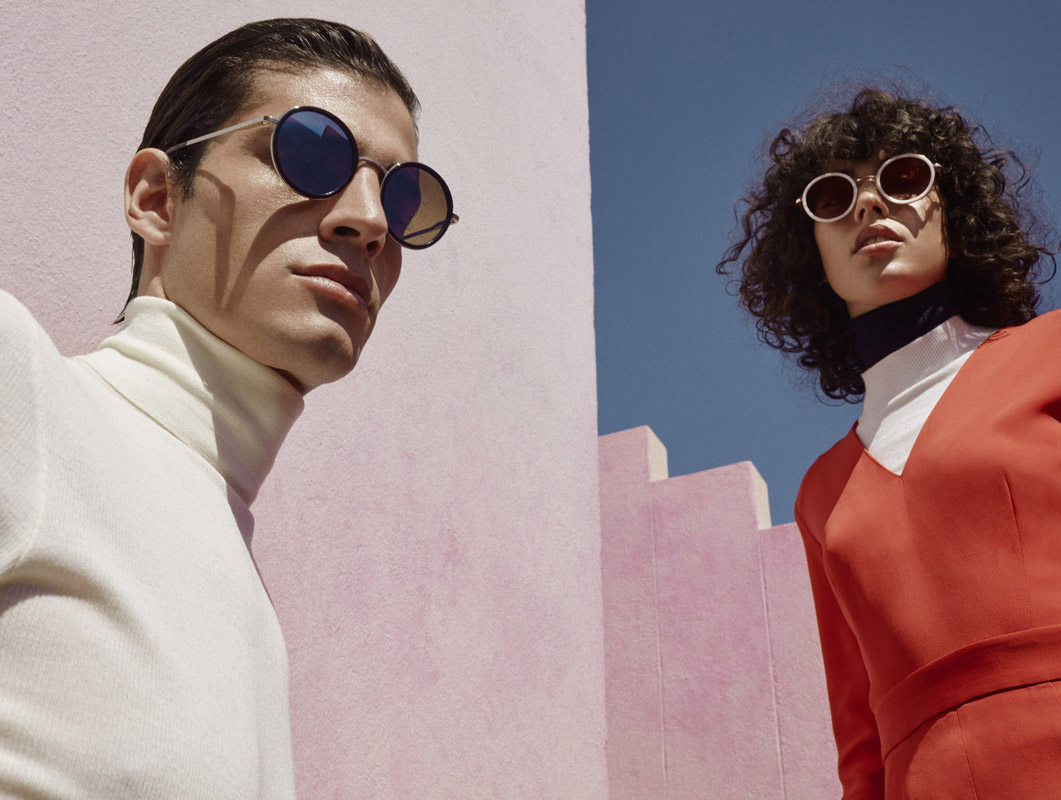 The luxury eyewear market is hot right now in Canada as more and more people view eyewear as a fashionable accessory that can make a powerful statement.

High-fashion shades and spectacles can be spotted just about everywhere these days — on models walking runways in Milan, Tokyo and New York, on actors in Hollywood movies and pop artists in music videos and on the faces of everyday people in cities and towns throughout Canada.

Eyewear companies see a bright future ahead for luxury eyewear.

“Today’s consumer is increasingly knowledgeable and discerning about the eyewear that they are purchasing,” says Beverly Suliteanu, vice-president of product development at Westgroupe.

“They are looking for distinctive designs as well as high-quality components and materials. It is the little details and touches that set luxury frames apart, something as subtle as a European 5-barrel riveted hinge or Mazzuchelli acetate.”

The distinctive designs of the brands are elevated by quality European components and high production standards, Suliteanu says. 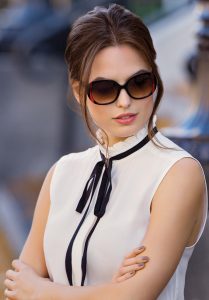 Westgroupe recently launched several new sunglass styles under its FYSH UK brand. The new shades include the oversized cat-eye F-2015 model, which is inspired by the 1950s and features a translucent lace pattern on the front and temples that creates an extremely feminine and refined look.

The new F-2016, meanwhile, is a model that Westgroupe says is “sure to captivate even the most glamourous.” Smokey transparent hues are seamlessly joined on solid fronts providing for an effect that is similar to backlighting.

Ogi has also released high-fashion frames for its Seraphin brand as well as part of its innovative Evolution collection, which has garnered a reputation for developing some of the hottest optical trends. 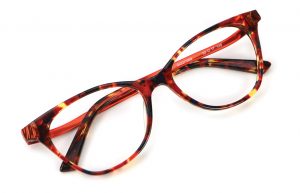 The Ogi 9222, part of the Evolution collection, is made with premium acetate and high-grade stainless steel and features intricately etched accents and swooped stainless steel temples.

The new models include an extensive range of colours and new finishes.

Turquoises, pinks, pearls, reds, greens and translucent havanas can be found in metallic and transparent finishes for acetate and metal frames in shapes that complement the trends of the season: cats-eye shape, round and XL acetate glasses. 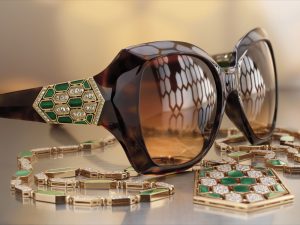 Luxottica has created a new Serpenti collection under its Bulgari brand. The collection of sunglasses and eyeglasses, inspired by jewellery, comes in three versions with square and sinuous shapes, inspired by the movements of the serpent. The aesthetics are both powerful and lightweight while the bold, faceted volumes capture the light just like the angled cut of a jewel.

The frames feature temple decorations that are handmade on galvanized metal enamels in tones of malachite, rubellite and mother of pearl and meticulously applied Austrian crystals in varying numbers.

“The Serpenti collection is designed for a bold woman, eye-catching, exuberant and full of life, a lover of uncompromising luxury and precious details,” Luxottica says.