All aboard The Eye Train 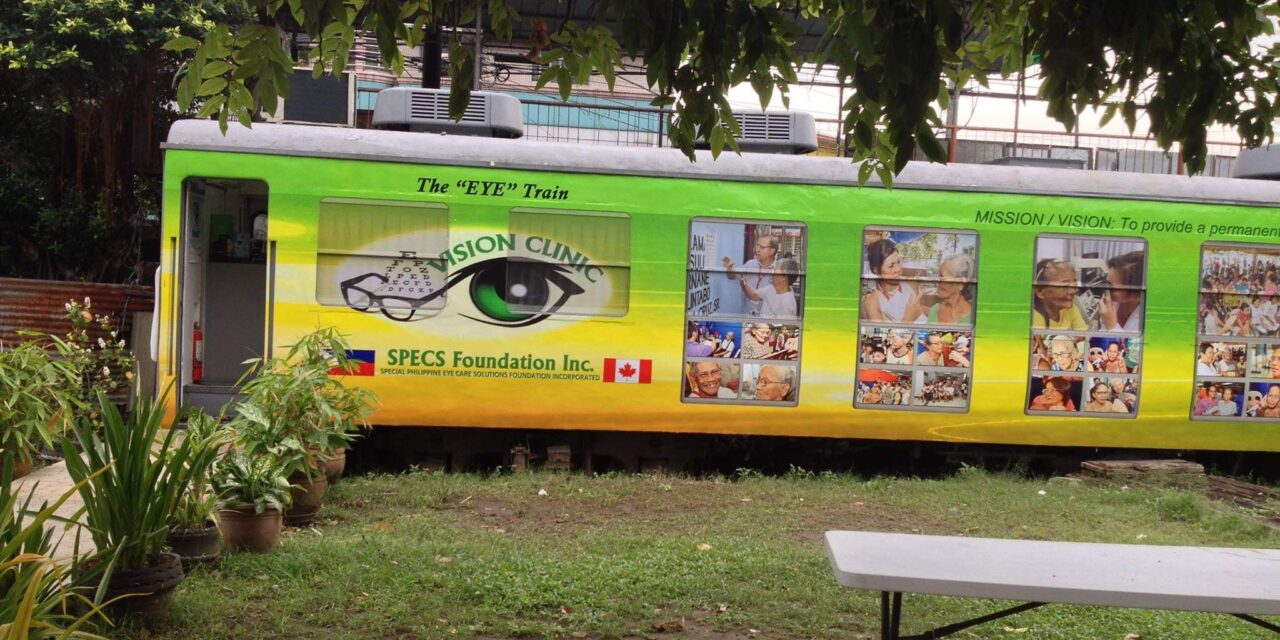 Canadian eye care professionals have played a pivotal role in ensuring orphans, school children and other vulnerable people in the Philippines have access to potentially life-changing vision care.

Two derelict railway cars have been transformed into a full-service SPECS Eye Train clinic thanks to the efforts of Canadians, who have donated time, money, equipment and eyewear for the clinic in the country’s capital of Manila.

So far, more than 80,000 people have received vision care aboard the SPECS Eye Train.

“It is with donations of equipment, frames and volunteer time that assists SPECS in doing such a wonderful job of eye care in the Philippines,” says Dr. Allan Jones of Canadian Vision Care, a non-profit organization made up of Canadian eye care professionals.

About 55 Canadian volunteers have helped with The Eye Train project over the years.

The organization converted the first railway car into the clinic in June 2013.

About a year-and-a-half later, Canadian Vision Care, with donations from Alberta optometrists, purchased a second dilapidated train car and converted it for the SPECS Eye Train.

Canadian ECPs also collect glasses from coast to coast to help stock the clinics, while donations from Canadians to Optometry Giving Sight have helped to fund training, screenings and equipment purchases.

Most of those served in June were from Bantay Bata 163, a child welfare program that provides support to disadvantaged and at-risk children through a network of social services in the Philippines.

“I know even though we can’t see their smile behind the face mask, their heart is full of gratitude to the SPECS Foundation, Canadian Vision Care and Optometry Giving Sight for helping them to have better eyesight through providing them with free eyeglasses,” says Dr. Marilyn Joy Lim Eustaquio, a low-vision fellow who works at the clinic.

In an email, Dr. Eustaquio said the SPECS Foundation is helping Filipino children and youth to become an “asset of our nation by giving them better eyesight.

“When they have better eyesight, they can study well, learn well, be educated and build a better future for their families and for the Philippines. Indeed, it’s a very important role that the Eye Train is fulfilling,” she said.

Canadian Vision Care assists SPECS by providing volunteers as well as donations of equipment and supplies for The Eye Train.

Optometry Giving Sight has been a strong supporter of the project, Jones said. The organization helps to fund training and screenings at the clinic and their donations allows the Eye Train to increase the quantity and frequency of assistance provided, he said.

Funding from Optometry Giving Sight has recently covered the costs of new lens kits, trial frames and an autorefractor.

Future plans call for constructing a small eye centre next to the clinic to serve as a training facility for graduating optometry students.