A better day on the slopes 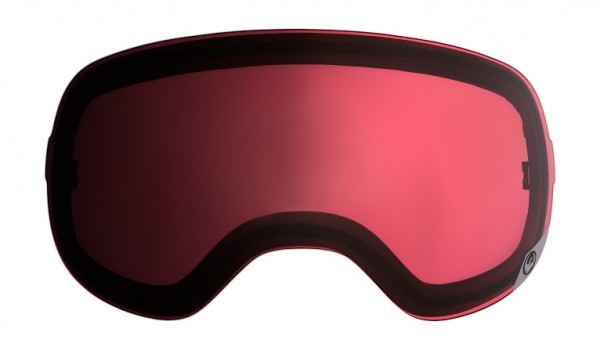 The line of Dragon Transitions adaptive snow goggles is becoming much more colourful in 2016.

Mike Tobia, director of product for the premium lens manufacturer Dragon Alliance, says a major focus for the company this year is on innovative lens technologies that improve the wearers’ visual performance in changing light and weather conditions.

“It’s a natural move to expand our lens product availability with Transitions Optical because our customers need the industry leading photochromic lens technology in order to have a better day on the slopes,” he says.

Dragon Transitions goggle lenses automatically change tint in response to changing sunlight and weather conditions, which eliminates the need for skiers and snowboarders to swap goggles while
on the hills.

All four colours automatically darken to a dark grey in bright sunlight and lighten to their original hue in cloudy or overcast weather.

“Both skiers and snowboarders struggle with the constant changing weather and light conditions throughout the day. While regular snow goggles can sometimes be too dark or not dark enough, the special snow formulation in Transitions adaptive goggle lenses allows for an optimal visual experience on the slopes,” says Larissa Bryan, director, Transitions Optical, Sunwear. Dragon X1 and X1s goggles are available to purchase through Gamma Power Sports.
* *

SHIELDING THE EYES FROM BLUE LIGHT

Transitions Optical, the leading provider of plastic photochromic lenses to optical manufacturers worldwide, wants people to know that its full line of lenses are a good defence against potentially harmful blue light – both indoors and out.

The company has developed new educational materials, which will be released throughout 2016, to inform eyecare professionals about the implications of blue light exposure and how Transitions lenses can provide a measure of protection.

The lenses have always blocked blue light indoors because the photochromic molecules still absorb some light while in the unactivated indoor state, without compromising indoor vision clarity, she says.

“Because we have control over the structure of the photochromic molecules, we can provide the benefit of blue light-blocking while the lenses are still seen as clear,” Tremblay-Dawson says.

Transitions Signature VII lenses block at least 20 per cent of the harmful blue light indoors, which is up to two times more than standard clear lenses, and they block over 85 per cent of blue light outdoors.

Transitions XTRActive lenses are even more effective, she says, as they block at least 34 per cent of blue light indoors and 88 to 95 per cent outdoors.

Transitions Vantage lenses block at least 34 per cent of blue light indoors and over 85 per cent outdoors.

Tremblay-Dawson says this has been the case since each of the lenses were released.

“This is not a new product and there is no physical change in the way Transitions lenses are manufactured,” she says.

But, blue light is now at the forefront of people’s minds, she says, “because of the increased use of digital devices.

“By focusing on the comprehensive indoor and outdoor blue light blocking benefits of our products, we are able to appeal to today’s modern lifestyle.”

Blue light from electronic devices can cause eye strain and fatigue.

Some scientists believe that routine exposure to blue light over many years may age the retina and increase the risk of blindness in seniors, according to Health Canada.

Studies have implicated blue light in the development of macular degeneration.

“What most people don’t know is that the sun is the largest singular source of blue light, scattering it through the atmosphere and emitting over 100 times the intensity of electronic devices and screens.

In fact, depending on the time of day, 25 to 30 per cent of outdoor visible light you receive is blue light.”