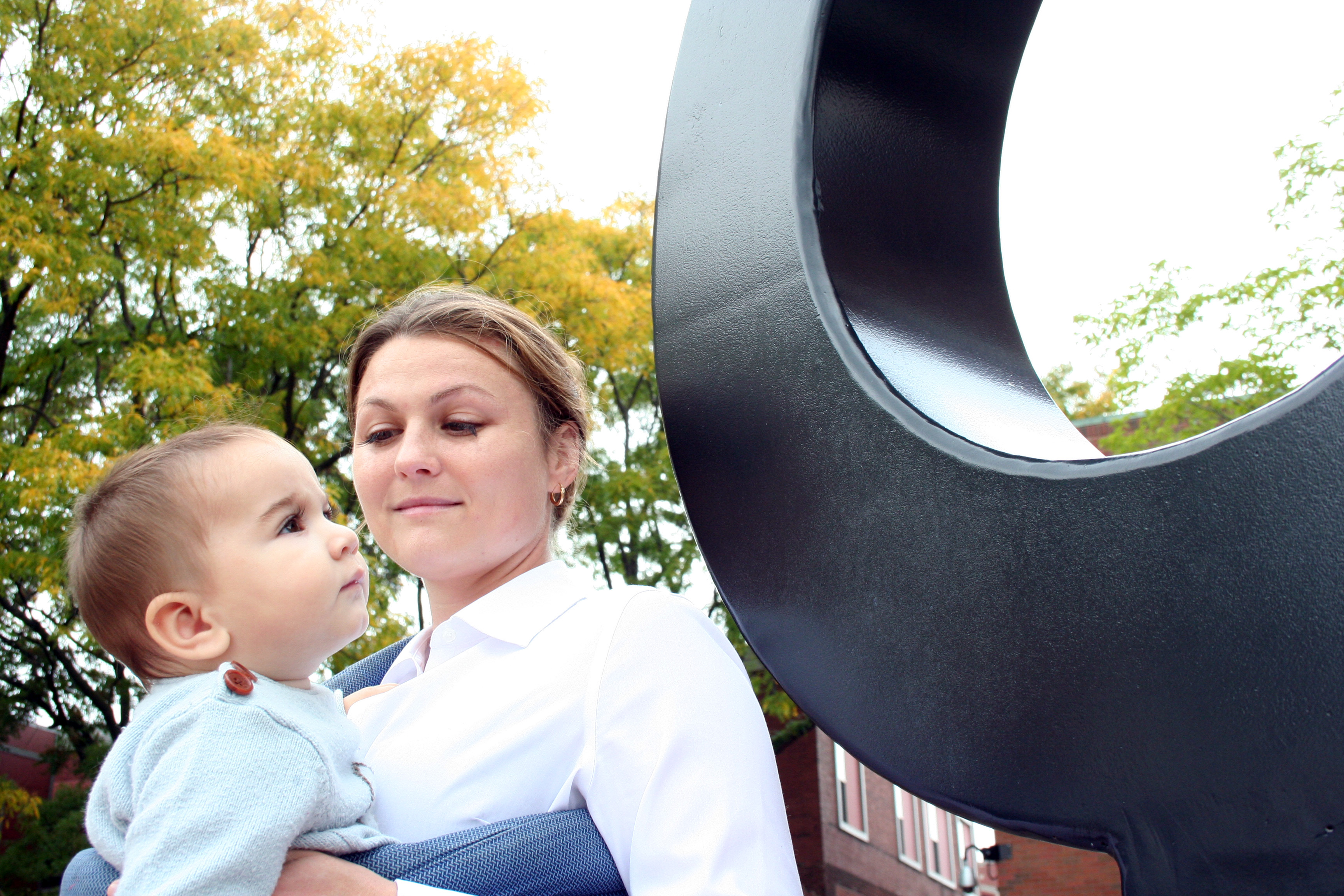 By Sarah McGoldrick
Losing vision is one of the most traumatic experiences and individual can go through. Vision Quest 2012 helps those going through vision loss find resources, network and their stories.
Often times a diagnosis can be made easier with the help of champions to help provide insight and support. The Foundation for Fighting Blindness (FFB) has been this champion for people suffering from a variety of retinal diseases for more than 35 years. The organization and its members work to raise funds and awareness of diseases such as retinitis pigmentosa, macular degeneration and retina dystrophies in the hopes of one day finding a cure.
To date more than $19 million has been raised to continue vital research and help those living with eye disease regain or partially regain their sight.
Yvonne Felix of Hamilton has been a supporter and spokesperson for FFB since 2006. A professional artist, she first began her involvement through the creation of greeting cards to aid in fundraising.
Felix suffers from Stargardt Disease, an inherited form of macular degeneration that often leads to blindness.
“I have two per cent of my vision and a large blind spot in my central vision,” she said.
Doctors first thought she suffered from the after-effects of being hit by a car when she was young. After several weeks of tests they realized her blurred vision was not the result of the accident, but of the disease.
She grew up believing that there would be no cure, something she grew to accept. She said her involvement with FFB gave her new hope and the ability to take control of her life and her diagnosis. “I wanted to do something about it,” she said, adding she knew that her artistic talent would be a first step to helping raise money for research and a possible cure.
As her involvement deepened she was soon asked to share her story with others at events such as Vision Quest.
“I was asked to share my story about getting into art school,” she said.
The experience of getting into art school not only presented countless challenges, it also taught Felix to become a self advocate in a world where ‘disabilities’ are often seen as barriers to participation and excelling.
Vision Quest provides a similar opportunity by showing those with vision issues how to rise above societies expectations.
“Meeting with others helped affirm I was doing the right thing,” she said, adding her involvement with FFB also helped her discover new technologies including E-sight Eyewear which are glasses specially designed for people with retinal disease.
The glasses have helped improve her eyesight to nearly 25 per cent.
“It’s an amazing experience,” she said “I can now see the faces of my children and husband.”
Felix has also designed a line of jewellery which also directs proceeds to FFB.
Details can be found at www.yvonnefelixartwork.com.

Acceptance and Aspirations
Stephen Aylward of Toronto is finishing his law degree. He plans on becoming involved in the area of civil litigation. As he sits in the law library surrounded by cases from the past, you would never know he is living with Retinitis Pigmentosa, an inherited degenerative eye disease which often leads to blindness. “I was born with the condition and my eyesight began to deteriorate while I was younger,” he said adding he now lives with five to 10 degree peripheral vision or tunnel vision as well as suffering from night blindness.
Aylward first attended Vision Quest as an observer but quickly found the event to be helpful in learning about new research and the stories of others going through the same thing.
He was asked to share his story at the Newfoundland event earlier this year and will once again share his story at the Toronto event.
He said his eyesight has not kept him from being about to work towards his law degree. He has been able to maintain much of his central vision and under ‘good light’ he can read reasonably well to complete his studies.
“(Retinitis Pigmentosa) provides much more of a mobility challenge, particularly in new environments,” he said admitting that he was reluctant to aids to help find his way around.
The wake up call came when he nearly injured himself at a party.
“I was at a social event and almost walked off a loading dock,” he said. “I now realize I should have been carrying a cane a lot longer ago.”
Aylward said he was often afraid of the stigma associated with things like canes and always went out of his way to avoid having to use one.
“I really learned my fears were unfounded. The main thing is just learning to accept being different,” he said recognizing the efforts of other individuals such as David Lapowsky who fought to have audio announcements on street cars to aid riders on Toronto street cars.”
Aylward said when he completes his degree he may also take on some work in the area of disability law on a pro bono basis.
He looks forward to sharing his own story at the FFB in Toronto.
To learn more about the event and other activities happening at FFB visit www.ffba.ca.