Shedding Light on Eyewear for Boomers 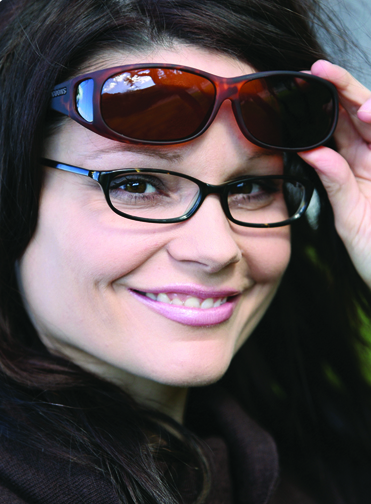 Canada’s population is aging at a rapid pace. The result is a Boomer Generation (45-65 yrs old) that is ready to put a significant investment in eye care and eyewear over the next few years.
As a result of this increased demand, eyewear designers and technology providers are quickly developing new tools and devices to assist boomers in maintaining active, healthy lifestyles without hindrance from eye problems.
Many boomers have difficulty accepting that their sight is changing and are often reluctant to make the necessary lifestyle changes to accommodate their sight. In addition, more than half are unaware they have an eye issue often resulting in more severe or untreatable damage.
“Typically problems with aging eyes begin in the 40s age range or older,” said Dr. Vincent Young, a ophthalmologist with the Albert Einstein Health Care Network.
He notes as eyes age they undergo significant changes in the amount of light that reaches the back of the eye as well as an increased sensitivity.
This age range is also the time when eye diseases such as cataracts and glaucoma can begin to form. The lens of the eye can become cloudy and yellow making it difficult to see clearly.
Eyeglasses wearers may need to upgrade to bifocals or progressive lenses.
Young notes many people see significant improvement in their sight thanks to innovations such as photochromatic lenses.
“Photochromatic lenses, such as Transition Lenses, allow a person to have the addition of sunglasses in front of their eyes,” he said adding UV damage plays a significant role in the overall health of the eye. He said illnesses such as macular degeneration creates a break down in photo receptors causing a loss of central vision, making outside influences such as strong light a major irritant to sufferers.
For some boomers eye irritants such as UV rays go beyond their immediate vision and alternatives are required to block out additional light from the sides of the face.
“A lot of prescriptions don’t work with sunglasses,” says Dave Dean, VP of Marketing for Live Eyewear. He notes most glasses stop at a point on the face that leaves a gap for light to slip in at the sides.
The company used this issue to develop the Cocoon sunglasses which wrap around the face protecting wearers from harmful UV rays. Unlike traditional wrap around glasses, they are not bulky and carefully frame the face.
“This is the time of life when you want some thing that works and looks decent,” said Dean adding the eyewear industry is more aware of the design desires of glasses wearers than ever before.
Blue Light Effect
Outside light irritants don’t just come from the sun. The various electronic devices we carry around emit blue light which puts strain on our eyes as we stare at computer screens, handheld devices and tablets.
“This current generation are dealing with more exposure to blue light,” said Rick Leroux, Director of Marketing and Communications with Centennial Optical Limited (Lens Division).
As young boomers may not have discolouration or much damage to the eye, there is little to filter blue light from reaching the inside of the eye.
Also particularly vulnerable are shift workers who are often exposed to irregular amounts of light.
A study by the University of Toronto found people exposed to bright indoor light who were wearing blue-light–blocking to goggles people exposed to regular dim light without wearing goggles, found that the levels of the hormone were about the same in the two groups strengthens the hypothesis that blue light is a potent suppressor of melatonin.
The study suggested that shift workers and night owls could protect themselves from damage if they wore eyewear that blocked blue light.
Centennial has developed a Blu-Tech Lens which filters this light and reduces the level of vulnerability and damage to the eye. Blue light generally falls between 500–700 on the spectrum and few glasses are equipped to handle this level of intensity.
“Most lenses will not block that light spectrum,” said LeRoux, noting more research continues to be done to provide consumers with eye wear that will accommodate this level of light exposure.
As we continue to use more and more digital devices it is critical for both researchers and eye care providers to address the visual issues they will cause in the future. It is important for eye care providers to be more diligent in raising the issue with their patients to proactively prevent future damage.